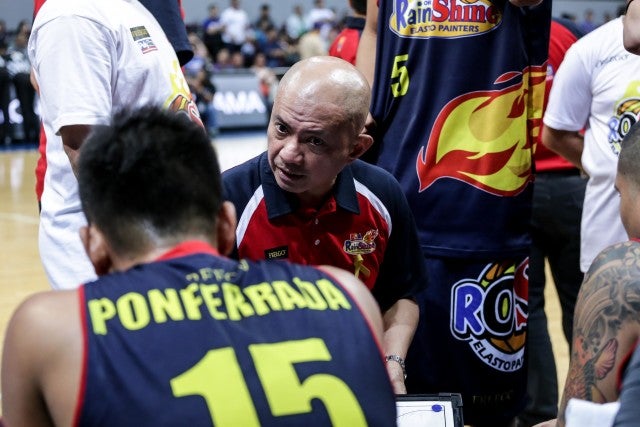 Yeng Guiao is back with Rain or Shine. Tristan Tamayo/INQUIRER.net

MANILA, Philippines—Yeng Guiao is back as head coach of Rain or Shine, a team he steered to two championships in 2012 and 2016.

The Elasto Painters announced Guiao’s return on Monday just days after he and NLEX “mutually agreed to part ways.”

“Now, he returns to coach a new generation of Elasto Painters. Only Gabe Norwood, Beau Belga, and Jewel Ponferrada remain from the ROS team Coach Yeng coached,” the team posted on Instagram.

Guiao first called the shots for Rain or Shine from 2011 to 2016 before the multi-titled mentor moved to NLEX.

Under the tutelage of Guiao, the Painters were perennial contenders with six finals appearances that resulted in a pair of titles in the 2012 Governors’ Cup and 2016 Commissioner’s Cup.

The 63-year-old Guiao, a two-time Coach of the Year, replaced Chris Gavina at the helm. Gavina will now serve as one of Guiao’s assistants.

Rain or Shine missed the playoffs in the 2022 Philippine Cup won by San Miguel Beer on Sunday after topping TNT in Game 7. The Painters placed ninth with a 4-7 record.