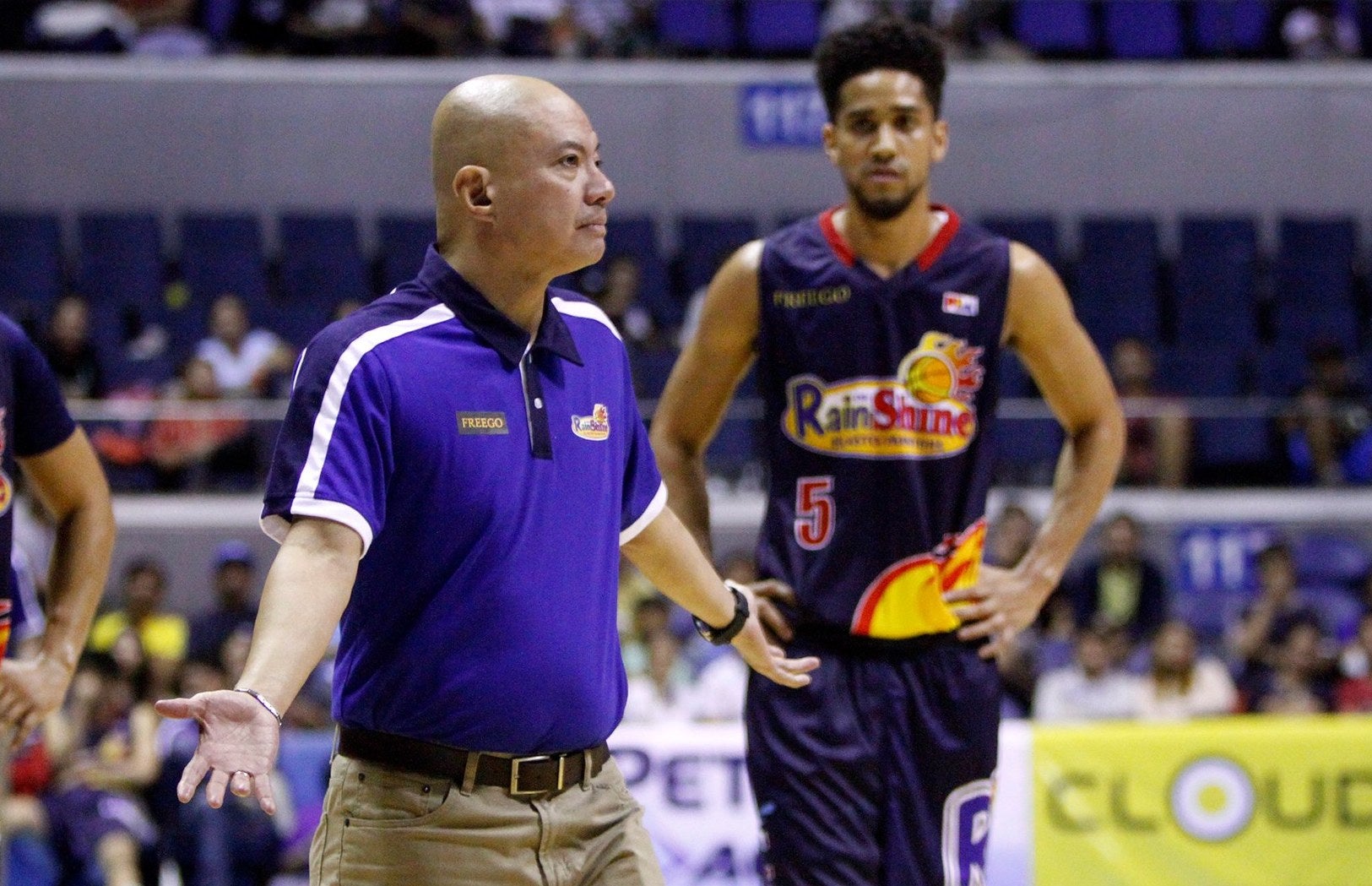 FILE – Head coach Yeng Guiao during his first head coaching stint with Rain or Shine. – Guiao is back with the Elasto Painters after spending the last six years at the NLEX Road Warriors’ helm. PBA IMAGES

MANILA, Philippines-It didn’t take for coach Yeng Guiao to find his way back to a familiar place.

The seasoned coach, who amicably parted ways with the NLEX franchise last Friday, is returning to Rain or Shine, the team announced through its social media accounts on Monday morning.

A winner of seven championships—two with the Elasto Painters—Guiao will be reprising his role as the team’s head coach and will be doing so for three years according to co-owner Raymond Yu in a short exchange with the Inquirer on Monday noon.

“[We signed him for] three years (as) head coach. Caloy (Garcia) will be his first assistant,” the amiable executive said. “The negotiations took only five minutes.”

Guiao, a two-time PBA Press Corps Coach of the Year, will be inheriting a young squad that has been trying to recapture old glory through talents acquired from the rookie pipeline.

Of the 16 players in the Painters roster, eight are either rookies or sophomores. And that is something that excites Yu, as these prospects should come in handy when the franchise’s bid to be relevant again plods along.

“Excited with the possibilities given that we have many young and talented kids,” said Yu.

The youth brigade sure is teeming with promise as they are all coming from renowned varsity programs: Mike Nieto, Anton Asistio, Gian Mamuyac, Shaun Ildefonso and Vince Tolentino are all from Ateneo, while Leonard Santillan and Andrei Caracut are both from La Salle.

Beau Belga and Gabe Norwood, key cogs from Guiao’s famed crew that delivered titles in the 2012 Commissioner’s Cup and 2016 Governors’ Cup, are still in the squad.

“I was already surprised to hear that coach Yeng was without a head coaching job. And today’s news was another surprise,” said Norwood.

“Naturally, you see rumors on social media. But to (see it) finalized? It’s different,” he added.

Now playing his 14th season with Rain or Shine—the club that picked him first overall in the Rookie Draft—Norwood can’t help but share Yu’s zest for what’s in store with Guiao’s return.

“[I’m] excited to get back to it and see how our young core embraces the opportunities that they will have in coach Yeng’s system,” he said.

Rain or Shine has been unable to make the playoffs since the 2019 Commissioner’s Cup. It finished with 4-7 win-loss record in the recently-concluded All-Filipino showcase, with many of those defeats via narrow losses.

It is with a dash of fate that Guiao also returns at a time when the Painters are girding for an import-laced tournament, as both of Guiao’s successes were in conferences where there are foreign reinforcements.

Rain or Shine is set to bring Nigerian standout Daniel Ochefu, an international veteran and a member of the Villanova team that won the US NCAA title back in 2016.