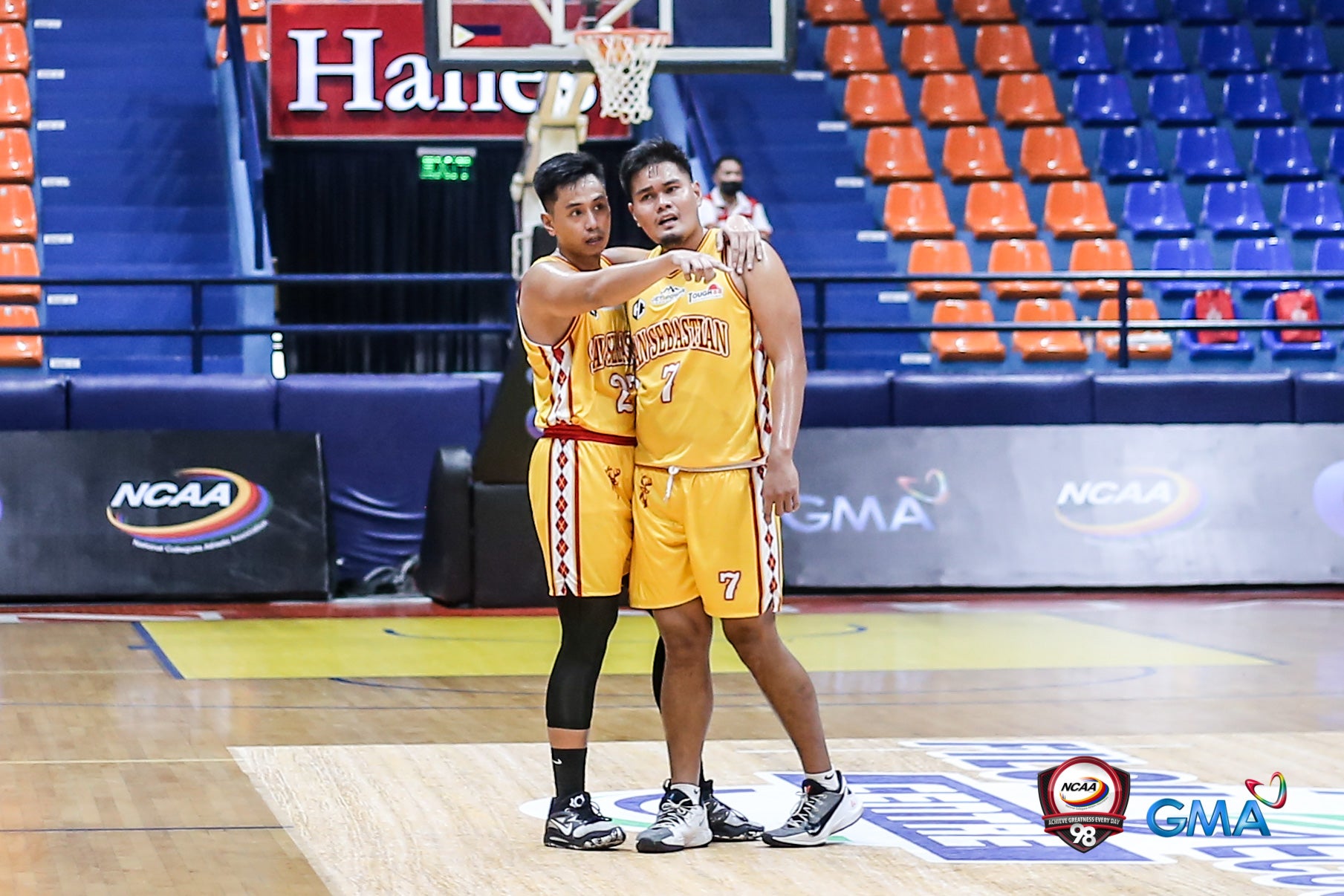 Calma, who posted 16.9 points per game and 10.3 rebounds per game in Season 97, exhausted his playing years for the Golden Stags and was drafted by Northport in the PBA last May.

“We really can’t take out or exchange his (Calma) contributions, but right now, my three big men are stepping up. With Jessie (Sumoda), Amar (Cosari) and (James) Una, we are slowly filling in what Calma is doing,” San Sebastian head coach Egay Macaraya said.

Sumoda, Cosari and Una combined for 16 points and 12 rebounds in their 60-51 win over Arellano on Tuesday at San Juan Arena.

The Golden Stags also drew collective effort from their bench, which produced 36 points, 16 more than the Chiefs’.

Macaraya, however, didn’t want to put too much into his team’s triumphant debut.

“I’m very satisfied but this is just the first game. We haven’t made a statement yet. I’m very happy the guys stepped up especially on defense and scoring,” he explained.

San Sebastian tries to make it two in a row when it faces College of St. Benilde, which also won its opening game, on Friday at 3 p.m.

“CSB is such a strong team and they also came from a win. I think we have to match up their intensity and just focus on what we do best; play good defense.”