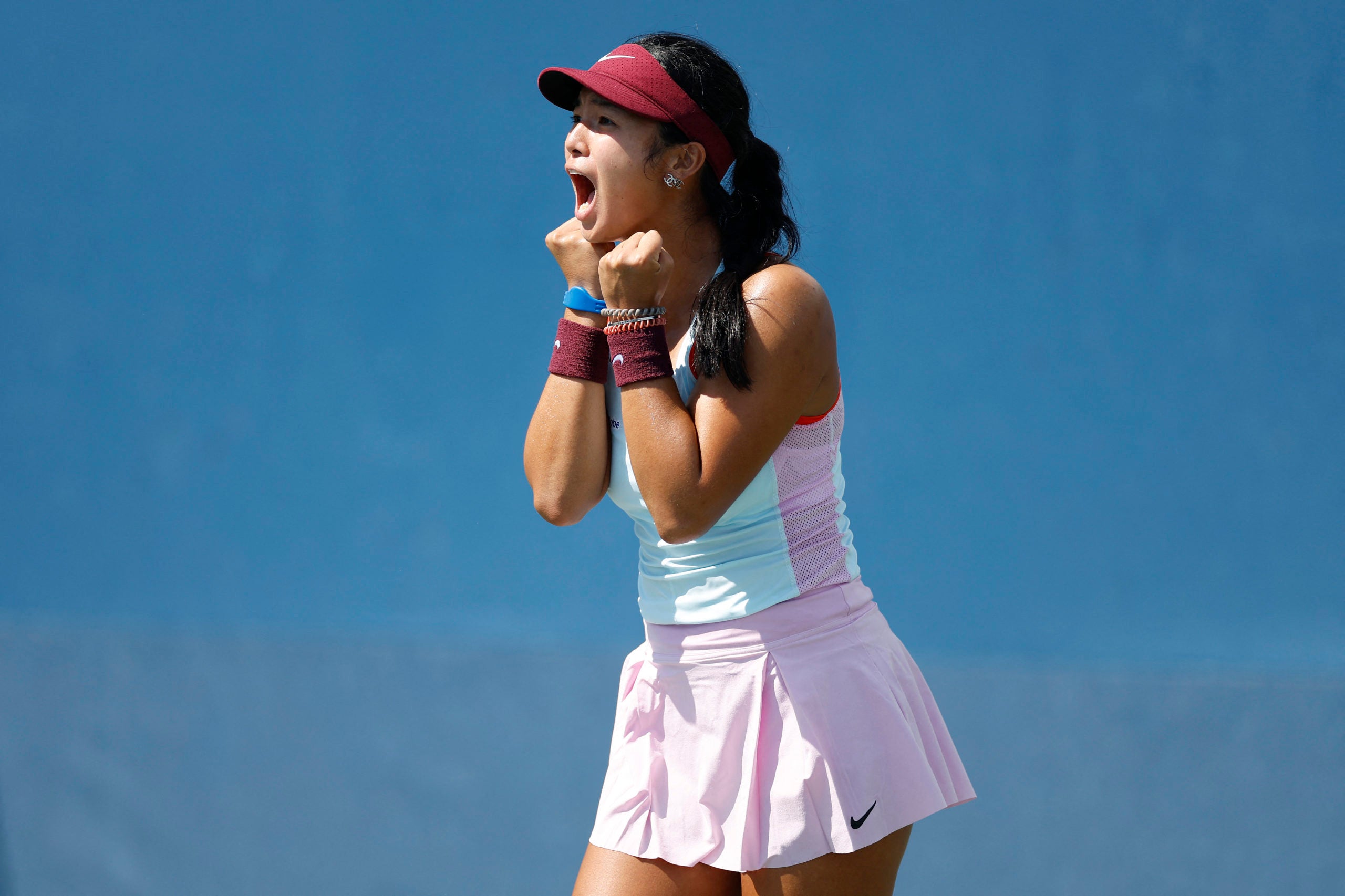 FILE– Alex Eala of Philippines celebrates after defeating Lucie Havlickova of Czech Republic during their Junior Girl’s Singles Final match of the 2022 US Open on September 10, 2022 in New York City. Sarah Stier/Getty Images/AFP

MANILA, Philippines — Sky is the limit for Alex Eala as she continues to reach for greater heights after becoming the first Filipino to win a Grand Slam singles championship.

Making history in the US Open Girls’ will not stop the 17-year-old from striving hard as she returned to training in California, where she will stay for 10 more days before heading to her next tournament.

Eala bared on Friday that she will focus on playing in the pros for the remainder of the year. She currently has three confirmed tournaments.

“It’s a huge milestone in my career. It’s definitely something I would take for the rest of my life. It’s a big win but I don’t think it’s something big enough to change my life,” said the newly-crowned US Open juniors champion during her virtual press conference.

“I know that I have bigger goals that I want to achieve and I try to take it step by step right now,” she added.

The Filipino prodigy, who also won two professional singles titles, is honored to receive a lot of congratulatory messages from around the world, including several sports icons like her idol Rafael Nadal and boxing legend Manny Pacquiao, whom she grew up looking up to.

But the lefty tennis rising star vows to keep her feet on the ground, focusing on her goal to improve her rankings.

“I’m super happy with all the reactions that I’ve been achieving and all of the positivity that has been coming my way. But I try to keep my head down and keep working,” said Eala, whose career-high ranking in the Women’s Tennis Association (WTA) was No.280 last August 1. “I like to take it step by step, just look at the next step instead of the bigger picture. I like to keep it personal and whether I achieve them or not that’s really up to me, how I prepare myself and how I push myself. I’m focused on improving my rankings.”

“Women’s Grand Slams are definitely (on) my radar. I wouldn’t say that I’m so far from getting into qualifying but that will, of course, depend on my performance in the next couple of months,” she added.

The 5-foot-9 athlete, who is currently ranked 288 in the WTA as of September 12, attributed her successful return to the junior ranks after playing in pro circuit tournaments all year long.

“I think it helped me a lot. In my experience, I see that the pros are much more mentally strong during tight moments. Of course, there are some juniors that can hold their own during those high pressure moments. But I feel that it’s more of a common thing that you see in the professional tour,” she said. 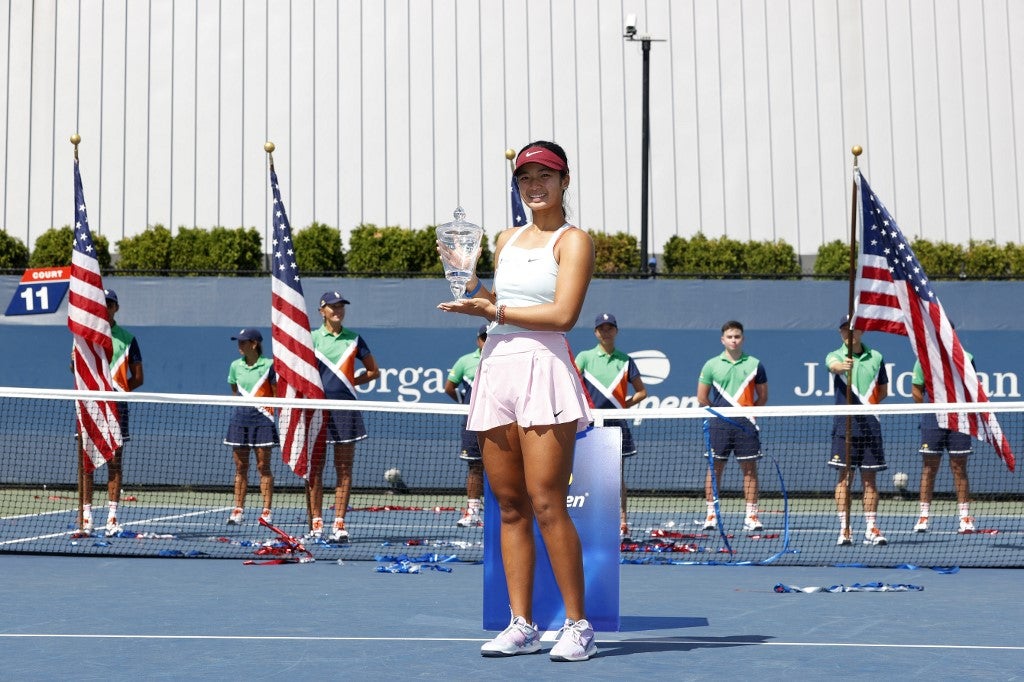 FILE– Alex Eala of Philippines celebrates after defeating Lucie Havlickova of Czech Republic during their Junior Girl’s Singles Final match of the 2022 US Open on September 10, 2022 in New York City. Sarah Stier/Getty Images/AFP

Although she displayed grace under pressure during her magical US Open stint without dropping a set in six matches, Eala, also a two-time Grand Slam doubles champion in the juniors division, still wants to improve her mental toughness as she continues her pro career at a young age.

“I hope to see more of that and learn more about it because as I increase my level, increase the tournaments that I play, I will need to be stronger in those tight points and play against much more experienced players,” she said.

Besides strengthening her composure, the Rafael Nadal Academy scholar wants to be a ‘complete tennis player’ moving forward.

“I talk a lot about my mentality but I think I’ve improved in so much more aspects than just that. Technically, physically, tactically and part of my plans to just grow them all together,” Eala said. “A complete player means all of those aspects and to be good in all of them. I think right now just to continue working on my fitness. If my fitness gets better, my technique will get better. The longer rallies and of course some certain shots in my game that differ from week to week.”

Eala is also happy with the improvement of her service after doing extra work in training, although there is still room for improvement

“I think it’s not a secret that I’ve been working a lot on my serve and in my opinion, it’s improved a lot in the past year or so. I’ve been working on it a lot with countless repetitions. But it’s still not where I want it to be definitely. I think there’s a huge margin for improvement. But I’m already super proud of how far it’s come,” she said.

As she seeks to reach a higher rank in the pros, Eala also expressed her commitment to play for the national team in the 32nd Southeast Asian Games in Cambodia next year and even in the 2024 Paris Olympics, if she makes it.