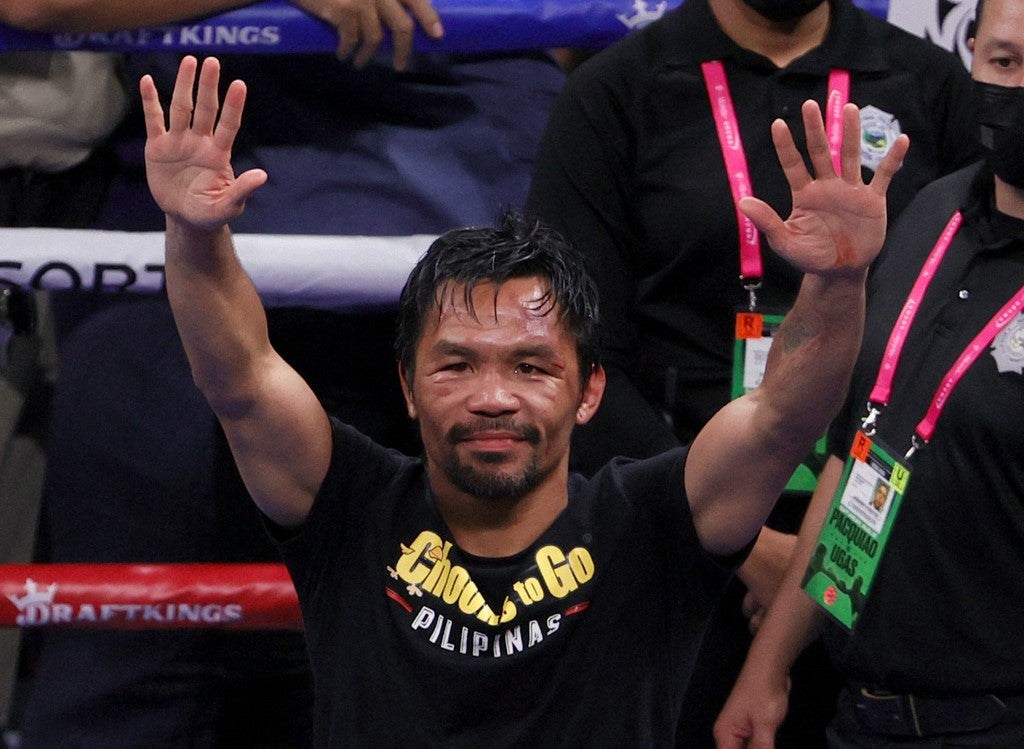 MANILA, Philippines—Manny Pacquiao is set for another exhibition fight this time, against his former sparring mate Jaber Zayani in Saudi Arabia next year.

Pacquiao and Zayani made it official with a contract signing last week at the Filipino boxing legend’s home in Makati City.

Earlier this month, Pacquiao said in an interview with Agence France-Presse that they were just about to begin talks for the bout.

The non-sanctioned eight-round bout is targeted around mid-February 2023 at King Fahd Stadium in Riyadh.

“I personally negotiated with the senator together with my team and after months of talks, we finally agreed to a face off next year. He already signed the contract so it is a go,” said Zayani in a press release on Tuesday.

Zayani served as one of Pacquiao’s sparmates during his training camp for his world title fight against Keith Thurman in 2019.

Pacquiao retired in September of last year to focus on his bid for the Philippine presidency, just a month after he suffered an upset loss to Yordenis Ugas. Manny Pacquiao (left) and unbeaten lightweight contender Jaber Zayani (right) sign their respective contracts that will see them face each other in an 8-round exhibition match in February 2023 in Riyadh, Saudi Arabia. Photo from Jaber Zayani/CONTRIBUTED

The 43-year-old Pacquiao is scheduled for his ring return in December when he faces martial arts YouTuber DK Yoo in a charity event in Seoul, South Korea.

While Yoo had already admitted he won’t beat Pacquiao, Zayani is keen on making the most out of the rare opportunity to be in the same ring as one of the greatest fighters in the history of the sport.

“Call it an exhibition or something but when the senator signed the deal, I told him to prepare well because I’m going to give him a real fight. He then told me, ‘you better be prepared,’” said Zayani, who signed a five-year multimillion promotional deal with Saudi Prince Al-Walid Ben Talal.

“I was honest with the senator that I’m looking at this as my biggest break which I will surely maximize. I aim to create a buzz and become a household name. Sure, the organizers are calling this an exhibition but for me, it’s a chance to exhibit my talent as a future world champion,” he added.

The 31-year-old Frenchman, who stands at 5-foot-9, is an up-and-coming lightweight with a record of 18-0 with 11 knockouts including three victories over Filipinos.

“That’s going to be a December Samgyup party for the senator but once he meets me inside the right, he’s going to get French toasted,” said Zayani.