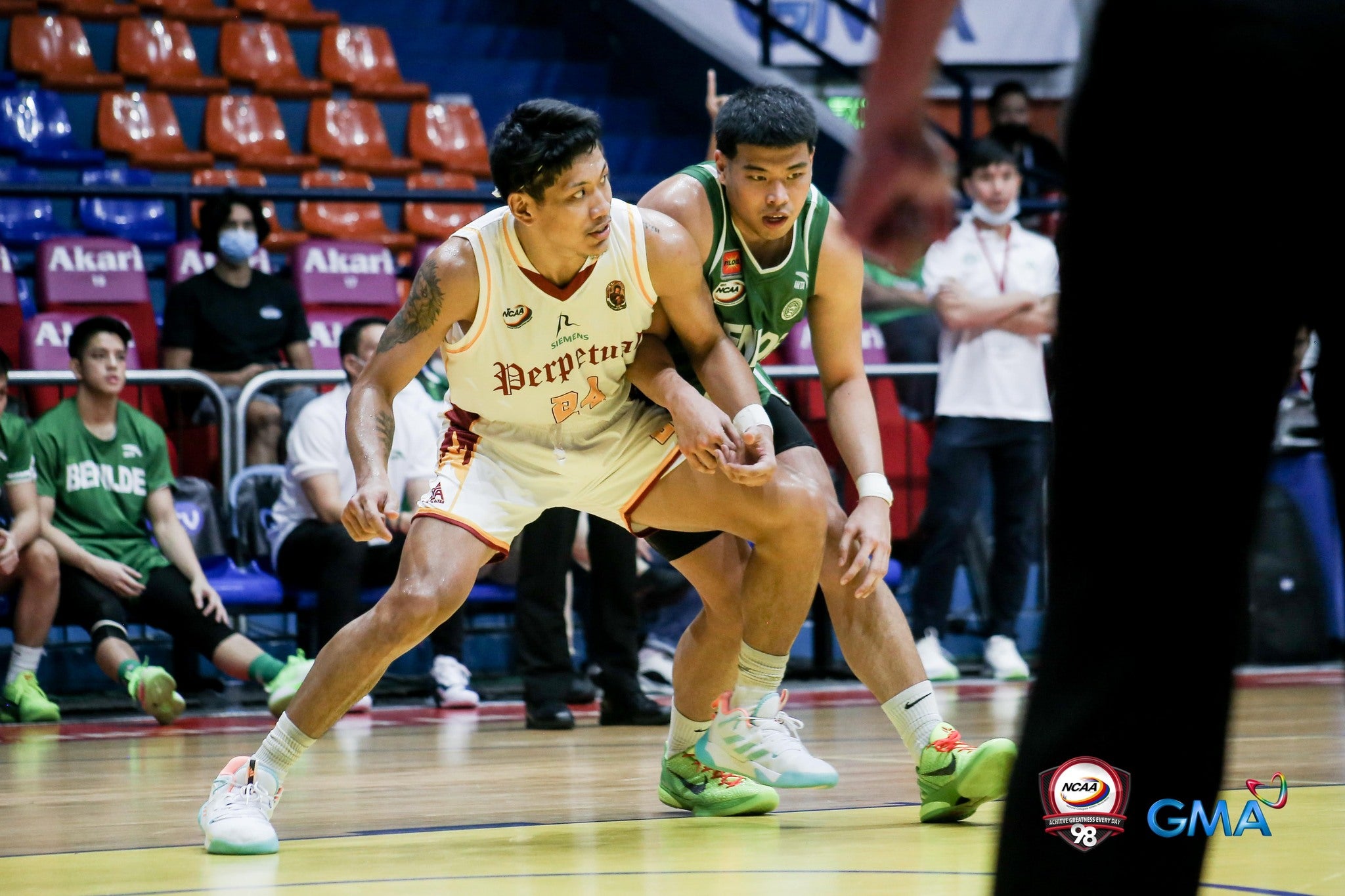 MANILA, Philippines—College of St. Benilde continued its hot season opening run at the expense of Perpetual Help, 81-64, in the NCAA Season 98 men’s basketball tournament at San Juan Arena on Tuesday.

The Blazers moved up to 3-0 as the league’s lone undefeated team so far but Benilde’s head coach Charles Tiu said it was nothing to celebrate about.

“It’s only been three games, we have a long way to go. We still haven’t faced Letran, San Beda and Mapua, those three teams are consistent Final Four contenders so still a long way to go for us,” Tiu said.

The Blazers were stuck on a tight affair with the Altas at the end of the first half, 33-32, but unloaded a 23-8 surge, including six triples, early in the third quarter to take an insurmountable lead, 56-40.

The Altas could not find their beat in the final period where they trailed by as much as 25, 69-44.

Will Gozum powered Benilde with a double-double of 16 points and 12 rebounds. Miguel Corteza finished with 15 markers while Rob Nayve helped with 12.

Rey Barcuma scored 14 on a losing effort for Perpetual Help as Kim Aurin and Cyrus Nitura tallied 13 and 12 markers, respectively.