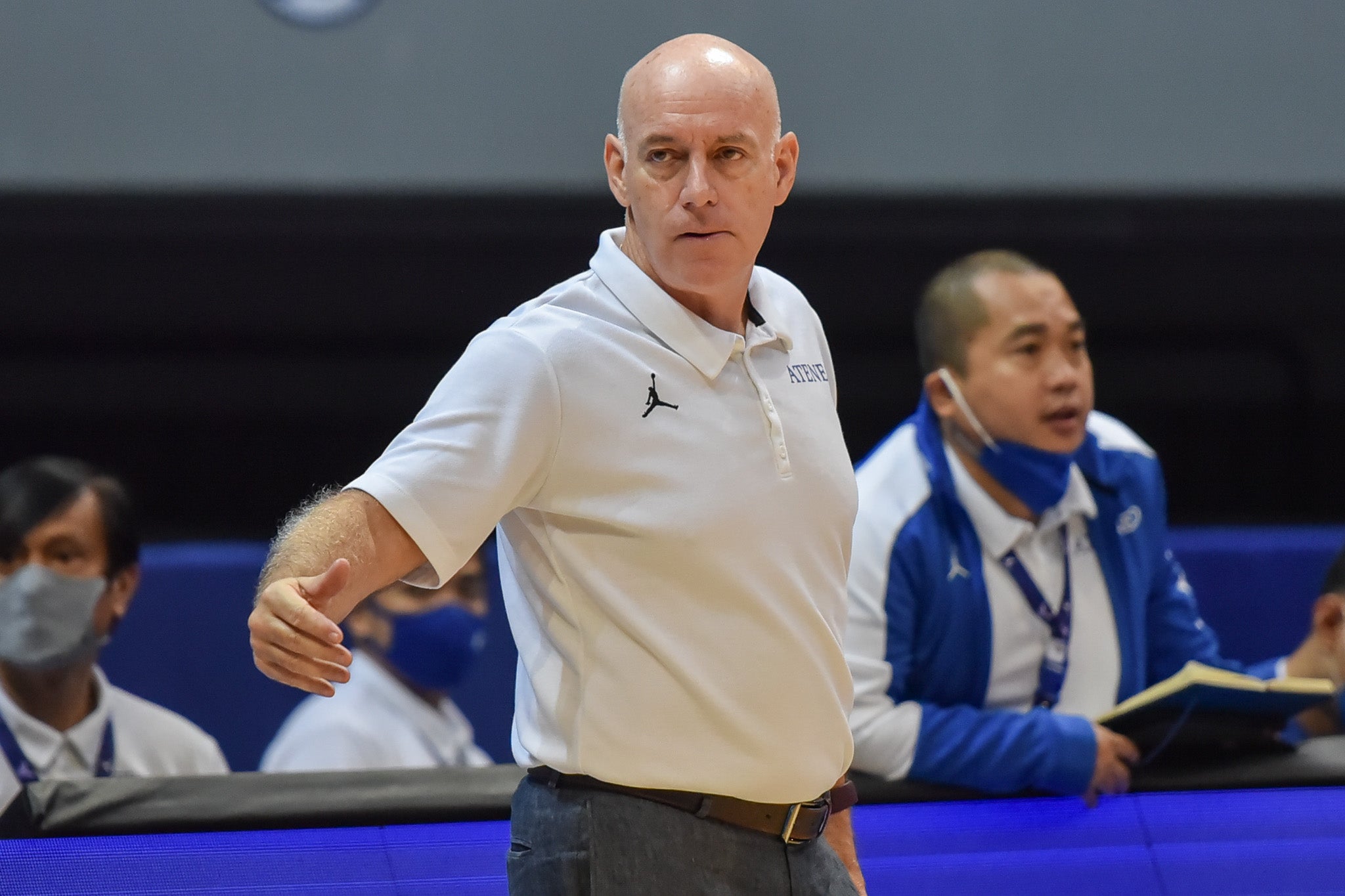 MANILA, Philippines — Ateneo head coach Tab Baldwin said the Blue Eagles’ build-up in Japan and Israel helped them in “taking steps forward” but not joining local pre-season leagues could also be a disadvantage ahead of the UAAP Season 85 men’s basketball tournament.

The Blue Eagles, who failed to complete a four straight championship after losing to the University of the Philippines Fighting Maroons in Finals Game 3 last season, had a busy offseason, ruling the World University Basketball Series in Japan and playing tune-up games in Israel.

Despite a fruitful preparation, the Kiwi-American coach stressed the downside of not joining the local preseason leagues like the Filoil Cup.

“We were both blessed and not blessed in our preparation. Obviously, the opportunity to travel overseas to Japan, to play in the World University Games, and to go to Israel and get both a basketball and cultural experience for our players was really good,” said Baldwin in the Season 85 press conference on Wednesday at Mall of Asia Arena.

“But missing out on competing against our UAAP opponents, I think, is something that may come back to bite us a little bit,” he added. Reigning MVP Ange Kouame is also not 100 percent after suffering a partial ACL tear last June. Although the naturalized center already played in their tune-up games.

Baldwin said his wards, led by holdovers Dave Ildefonso, BJ Andrade, and Forthsky Padrigao as well as newcomers Kai Ballungay and Paul Garcia, learned a lot from their trips outside the country.

“Obviously you improve every time you train or play games, and the European teams give you a certain type of competition which sharpens your understanding of the game,” he said. “Going to Japan was really competitive, it was going there to win when you play in a tournament like that. So it wasn’t so much about preparation. Both of them were useful for the team (Japan and Israel).”

Baldwin looks forward to seeing the effects of their build-up in the games as all the coaches had to deal with a short preparation after Season 84 ended last May.

“The short preparation from an abbreviated season is something that all the coaches have to contend with. And I know none of us probably like that,” he said. “But, hopefully, it won’t show up, and all the teams will play well, and we compete hard and give all the fans that love the UAAP the experience that they want from the games. I’m sure everybody is in a fighting spirit, ready to go. So wish it had been longer, but it’s gonna be fun.”

The new season begins on Saturday at Mall of Asia Arena, while Ateneo starts its redemption season on Sunday against Final Four rival Far Eastern University on Sunday at 4 p.m.