NBA: Suns try to move on from Robert Sarver saga 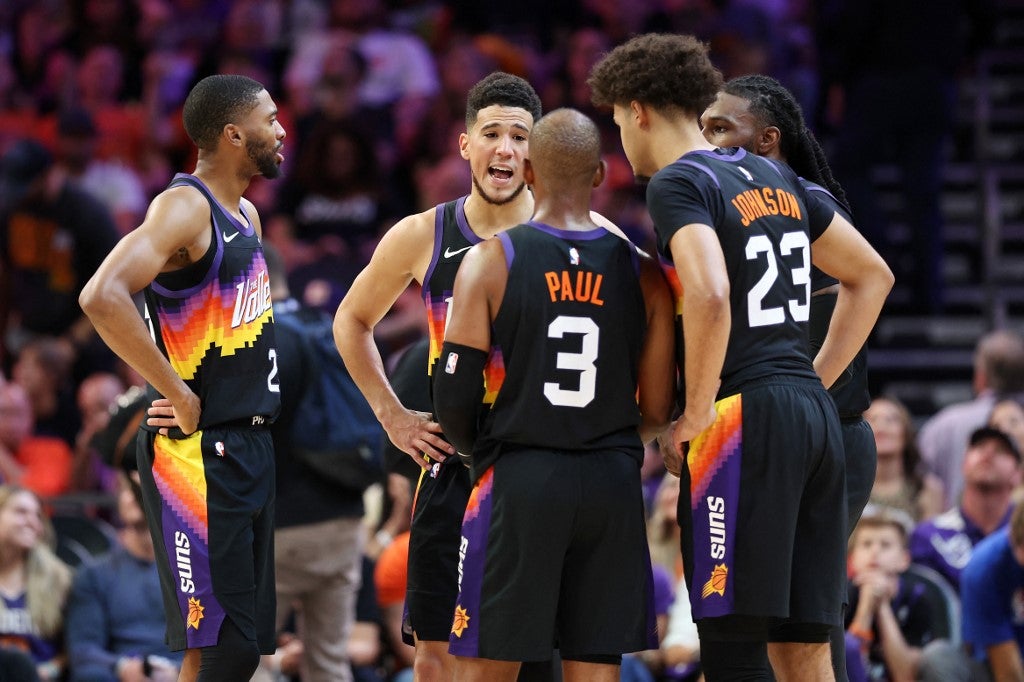 The Phoenix Suns huddle during the second quarter in Game Seven of the 2022 NBA Playoffs Western Conference Semifinals against the Dallas Mavericks at Footprint Center on May 15, 2022 in Phoenix, Arizona. Christian Petersen/Getty Images/AFP

The Phoenix Suns enter the 2022-23 NBA season recovering from “a state of shock,” general manager James Jones said, in the wake of the NBA’s yearlong suspension of owner Robert Sarver and Sarver’s subsequent decision to try to sell the team.

An NBA investigation revealed Sarver, a white man, repeatedly used the N-word and had a track record of sexist actions with employees.

“But at the same time, I’m not insensitive to everybody that’s involved in the situation. I understand everybody’s personal experience with other people are always going to be different.”

The Suns, one year removed from reaching the NBA Finals and losing to the Milwaukee Bucks, also confirmed over the weekend that Jae Crowder will not report to training camp as the team attempts to accommodate his trade request.

“Jae brought a number of intangibles to the team, I think all of our guys would speak in that way about him,” coach Monty Williams said. “At the same time these things happen and you have to transition and move forward. I totally am behind James and how we are handling this.”