MANILA, Philippines—Rain or Shine gave Yeng Guiao his first victory since returning as coach after spoiling the 2022 PBA Commissioner’s Cup debut of Barangay Ginebra, 93-71, on Wednesday at Mall of Asia Arena.

Import Steve Taylor Jr. had 21 points, 10 rebounds and five assists to lead a stunning attack that caught the talented Gin Kings side off guard and put the Elasto Painters on the win column after two games in the midseason tournament.

“We really caught a big fish,” said Guiao, whose team led 55-28 at the break after limiting Ginebra to just five points in the second quarter.

“But it’s hard to catch them on a bad night. Maybe we played well, but maybe because they played badly also,” he added.

Santi Santillan, the versatile and bruising forward who is expected to flourish under the fiery mentor, was the top local scorer with 15 even as Rey Nambatac dished out nine assists. 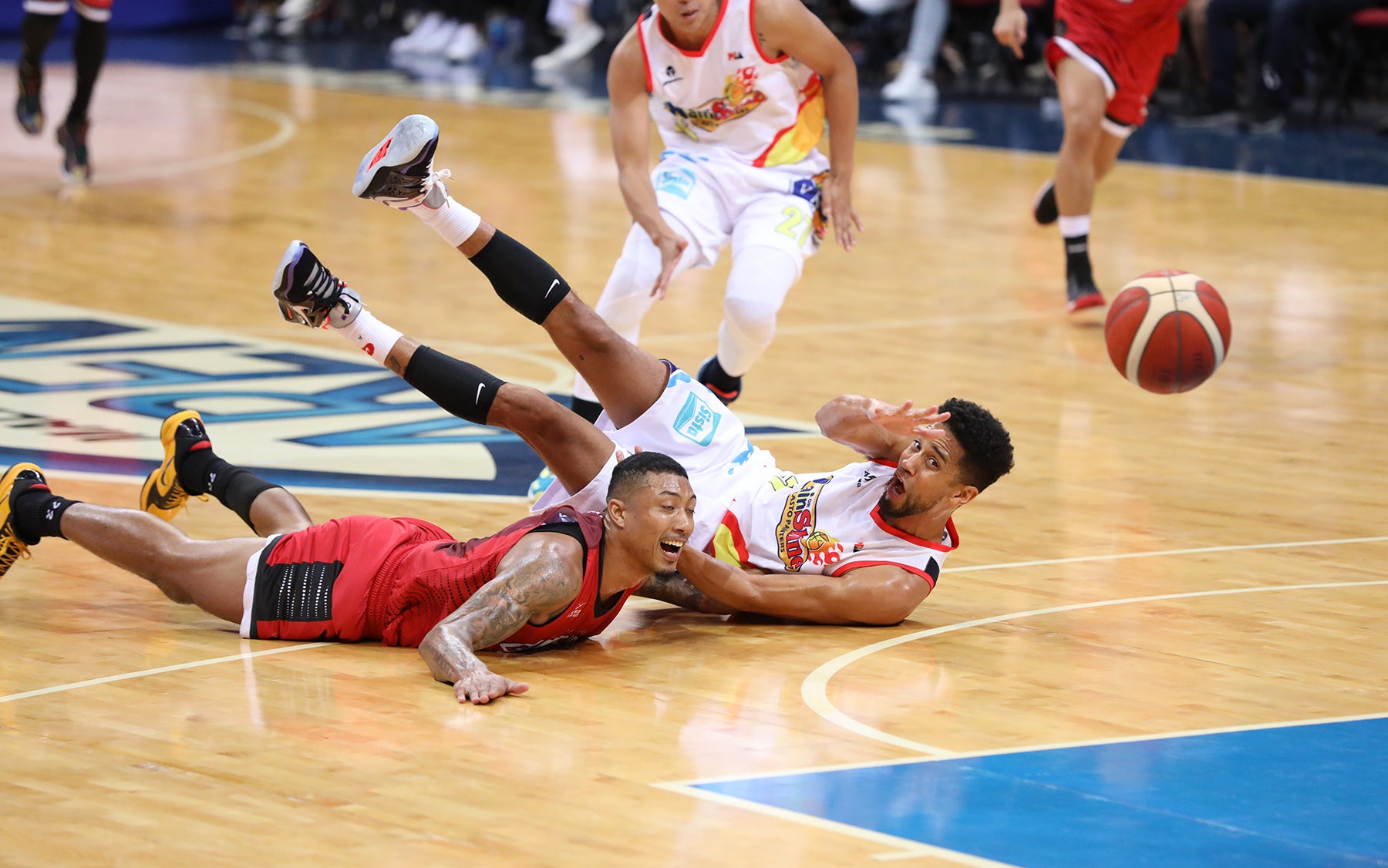 Ginebra’s Jamie Malonzo and Rain or Shine’s Gabe Norwood fight for the ball in a game won by the Elasto Painters. PBA IMAGES

The victory enabled Rain or Shine to redeem itself from a 96-90 loss to Guiao’s ex-team NLEX last Friday at Philsports Arena in Pasig City.

For Ginebra, the stinging setback put a damper on the debut of new acquisition Jamie Malonzo, who was traded from NorthPort last week.

Resident import Justin Brownlee scored 20 for Ginebra while Scottie Thompson, who changed his jersey number from six to nine, had just one point but grabbed 10 rebounds.