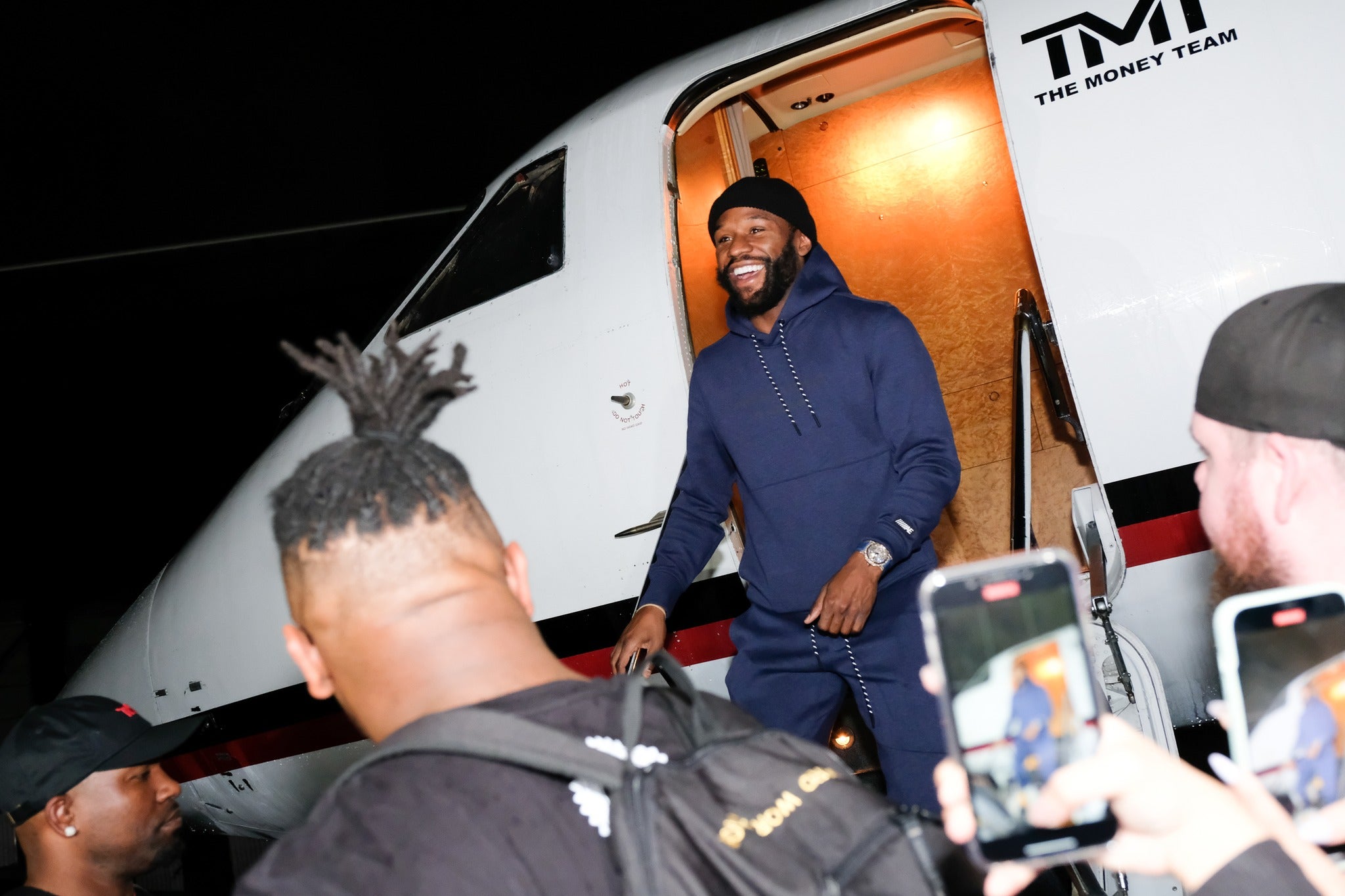 MANILA, Philippines–Undefeated American boxer Floyd Mayweather Jr. is in the country once again for a business trip.

Mayweather arrived in Manila on Tuesday straight from Japan, fresh off his exhibition bout in Saitama where Filipino boxing legend Manny Pacquiao was in attendance.

His return visit to the country, however, is not related to a rematch against his Filipino rival.

Mayweather shut down talks of a second Mayweather-Pacquiao showdown, seven years since what was dubbed “Fight of the Century” happened in May 2015.

“I retired for a reason,” said Mayweather after knocking out mixed martial arts fighter Mikuru Asakura on Sunday.

“I’m here to have fun and enjoy myself… but I’m not going to take no punishment to the point to where I can barely walk and barely talk.

“People will always pay to get a glimpse of Floyd Mayweather,” he said, before asking, “so why would I go out there and… fight a top fighter when I can get the same amount of money for three rounds with whoever?”

Mayweather, who was last in Manila in 2019, has been on several exhibition matches since stopping Conor McGregor in 2017 for a perfect 50-0 record.

Pacquiao, too, is about to partake in his first exhibition match against Korean Youtuber DK Yoo in December.