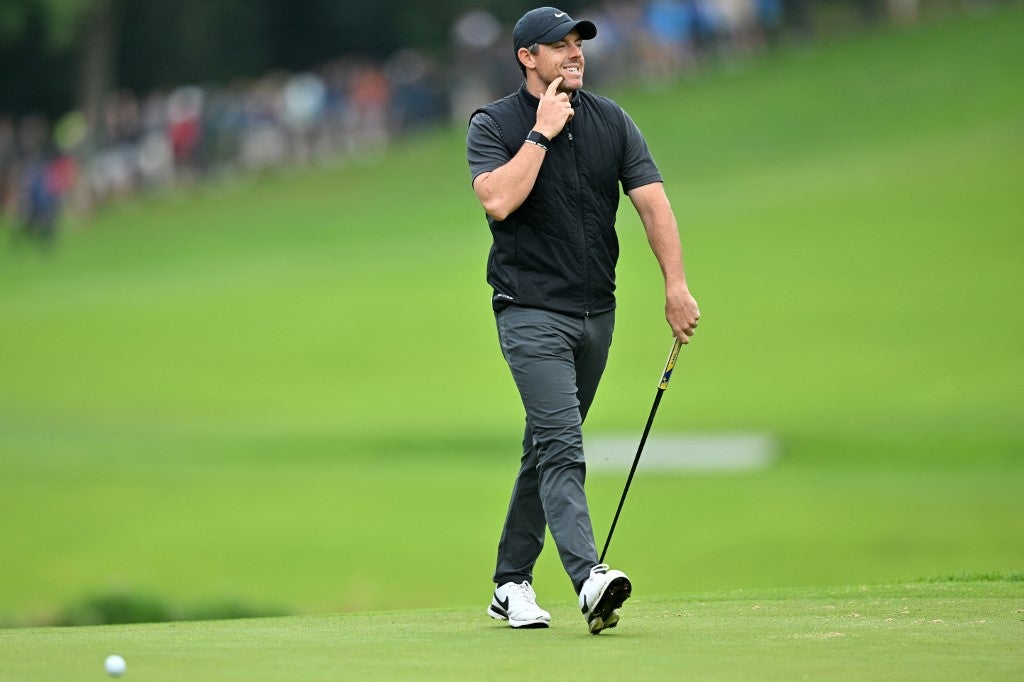 Northern Ireland’s Rory McIlroy reacts on the 4th green during his opening round on day 1 of the BMW PGA Championship at Wentworth Golf Club, south-west of London, on September 8, 2022. (Photo by Glyn KIRK / AFP)

Rory McIlroy finds himself in a field that includes several LIV Golf players at this week’s Alfred Dunhill Links Championship in St. Andrews, Scotland, and once again, he didn’t hesitate to express his thoughts on the Saudi-backed upstart circuit.

McIlroy told reporters that the LIV continues to create a divide across the sport — and that divide isn’t beneficial for any of the parties involved.

Things are even starting to heat up in court, as multiple golfers challenged bans they had received from other tours for participating in an LIV event.

“I’ve always said I think there is a time and a place where everyone that’s involved here should sit down and try to work together,” McIlroy said. “It’s very hard for that to happen right now when there’s two lawsuits going on.”

Those on the LIV circuit have also been adamant that they should receive points from the Official World Golf Ranking, something that McIlroy doesn’t necessarily see any problems with considering a number of talented golfers are associated with the LIV. Players practice on the driving range ahead of ahead of the forthcoming LIV Golf Invitational Series event at The Centurion Club in St Albans, north of London, on June 7, 2022. (Photo by ADRIAN DENNIS / AFP)

But with the LIV playing three rounds — only 54 holes — at each tournament while the PGA Tour plays four rounds, McIlroy said there needs to be some sort of compromise if that’s going to happen.

As for the PGA Tour and LIV making peace with each other, that seems unlikely to happen, at least as long as Jay Monahan is commissioner of the PGA Tour.

Monahan reiterated his long-stated opinion about LIV in an interview published by ESPN on Wednesday.

Asked if the tours could coexist, Monahan replied, “I’d provide the same answer. The answer to that is they’ve gone down their path and I think we have been pretty consistent that we’re going down ours, and I don’t see that happening. Haven’t, and I don’t.”

Monahan expressed confidence that the PGA Tour will outlast LIV.

“Any young kid today, any kid that’s going to be playing the game going forward ultimately is going to want to win the biggest championships, the biggest tournaments, and put themselves in a position and on a path over the course of their golf journey to get to the PGA Tour and to … achieve at the highest level,” he said. “We are going to continue to evolve and get stronger in every single area of that spectrum or of that journey.”