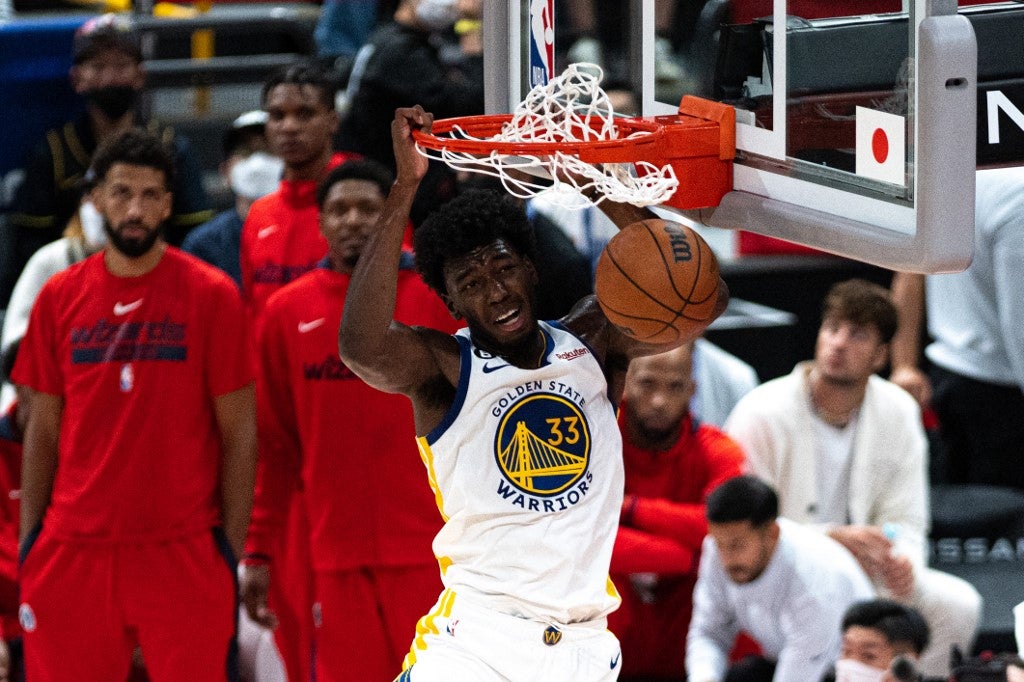 Golden State Warriors head coach Steve Kerr said it was “fun to be part of” Friday’s pre-season opening win over the Washington Wizards in Japan, despite a rusty performance from the NBA champions.

The Warriors beat the Wizards 96-87 in front of a packed arena in Saitama, north of Tokyo, in the NBA’s first overseas game since the pandemic began.

The reigning champions missed more than two-thirds of their attempted three-point shots but Kerr said he saw “a lot of good stuff” from his team, who will attempt to win their fifth title in nine years when the new season begins next month.

“It looked like a game where both teams had had three or four practices — it was a typical first game of pre-season,” said Kerr.

“The players don’t have their legs underneath them yet but there’s a lot of good stuff that happened for us.”

Last season’s NBA Finals Most Valuable Player Stephen Curry and forward Draymond Green both started for the Warriors but managed only 10 points between them.

Klay Thompson, who missed more than two years through injury and returned to action in January this year, did not play.

Kerr said Thompson would also take no part in Sunday’s second game against the Wizards as a precaution against further injury.

“This is really unique to play a game after three and a half practices, so we’re just being cautious and trying to do the smart thing.” People watch the NBA Japan Games 2022 pre-season basketball game between the Golden State Warriors and the Washington Wizards at the Saitama Super Arena in Saitama on September 30, 2022. (Photo by Philip FONG / AFP)

The Wizards started with Japanese star Rui Hachimura in their line-up and he was given a rapturous welcome by the home crowd.

Hachimura scored a team-high 13 points and he said it “meant a lot” to play in front of a crowd after competing at last year’s pandemic-affected Tokyo Olympics in an empty arena.

“I was so happy and it was a big moment for me and for this country.”

Kerr, who was a coach on the United States team that won Olympic gold at the same venue last year, also enjoyed the occasion.

“It was beautiful — every seat was packed and the crowd was so into it,” he said.

“Before the game, when the players went out onto the floor, seeing all the flashbulbs and the people so excited was a great moment.”

NBA: Andre Iguodala to re-sign with Warriors for ‘last’ season