PBA: Bay Area comes back to beat Phoenix for 3-0 start 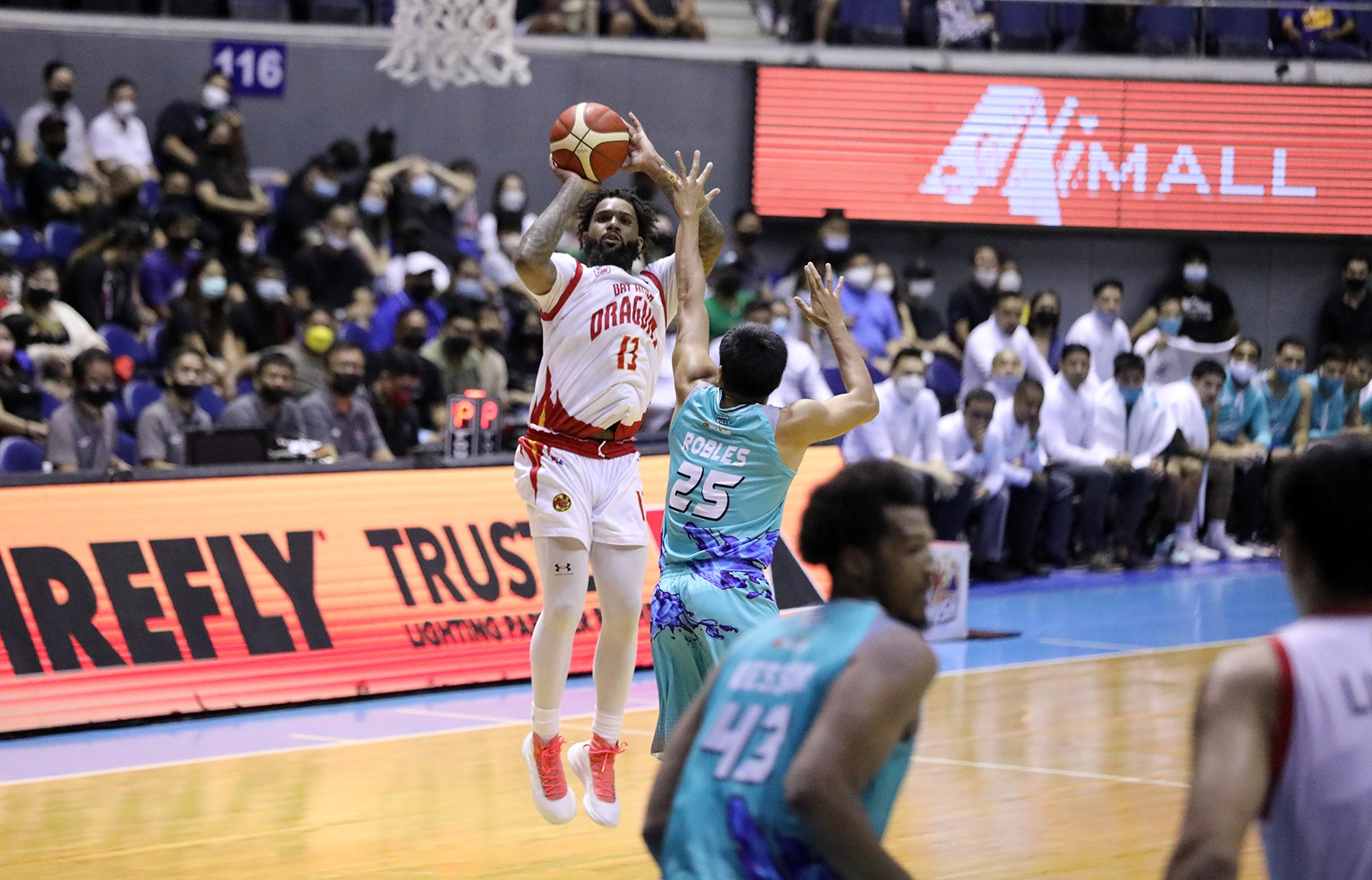 MANILA, Philippines—The visiting Bay Area Dragons weathered a big first half deficit and another heated exchange to beat the Phoenix Fuel Masters, 101-91, on Saturday and a 3-0 record in the PBA Commissioner’s Cup at Smart Araneta Coliseum.

Behind a 17-0 windup in the second quarter, the Dragons came back from a 41-25 deficit and took control the rest of the way to continue their impressive run as a guest squad in the midseason conference.

“I thought midway through the second period and the rest of the game, I thought we did a damn good job defensively and locked them up. It went from 16 down to almost 20 up,” said Dragons coach Brian Goorjian.

Myles Powell bucked a slow start and finished with 32 points for Bay Area, which played its first game after the East Asia Super League announced earlier in the week that the slated start of its inaugural season was postponed.

Powell also got into a heated exchange with Phoenix coach Topex Robinson, who had to be restrained after trying to confront the 6-foot-2 import late in the third quarter.

Cooler heads prevailed and both Powell and Robinson eventually hugged it out at the end of the game.

Javee Mocon’s 22 points and Tyler Tio’s 21 were the few positives in the loss that sent Phoenix reeling to a 0-3 record.