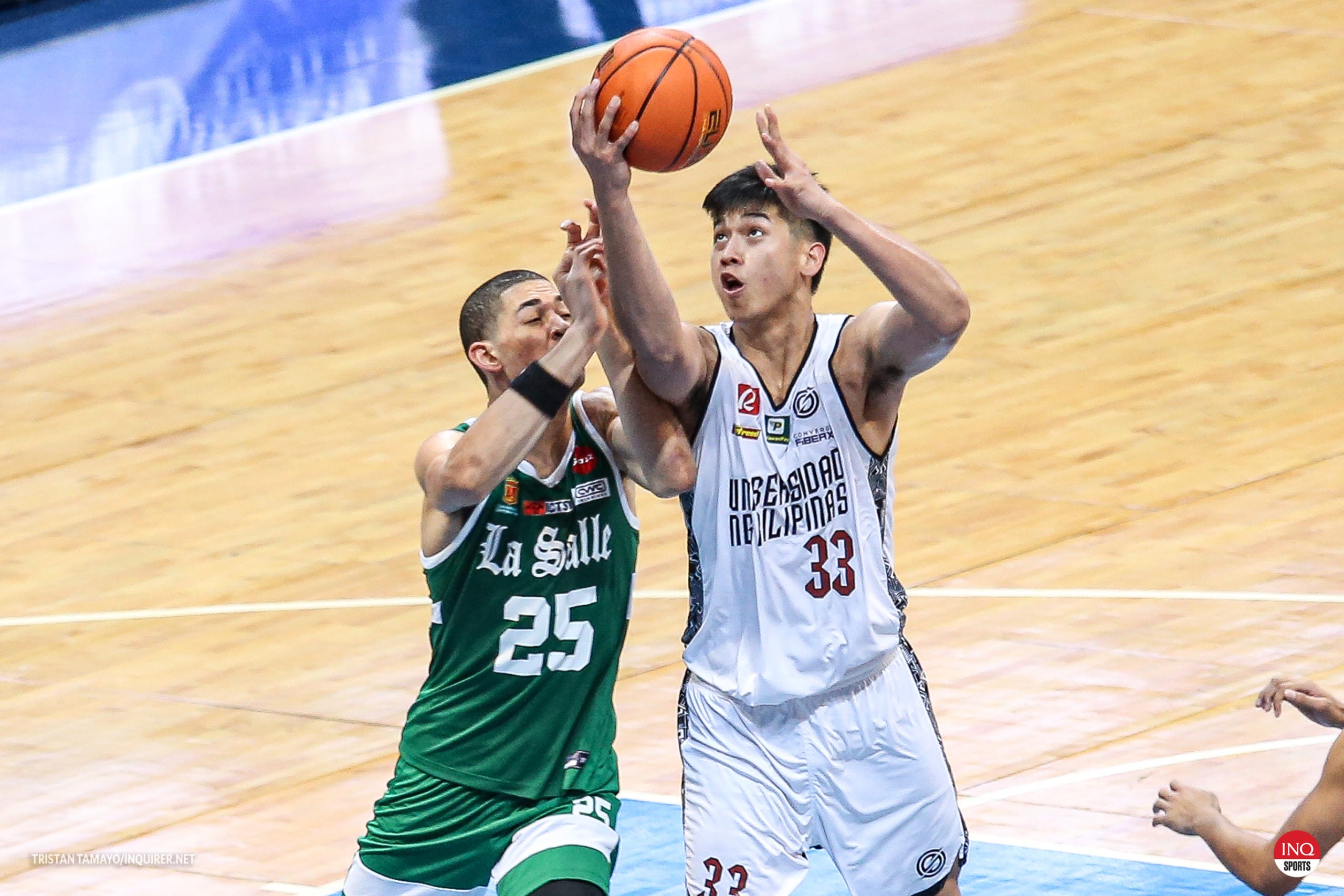 MANILA, Philippines–Carl Tamayo calmly buried two game-clinching free throws in the dying seconds as University of the Philippines opened its title-retention bid with a come-from-behind 72-69 win over La Salle on Saturday night at the UAAP Season 85 men’s basketball tournament.

Tamayo’s freebies with four ticks left completed the Fighting Maroons climb from a hole reminiscent of their conquest of the Green Archers in the Final Four last season.

Evan Nelle has a narrow window of opportunity to reverse the tide, but the slippery guard fumbled amid a phalanx of UP defenders atop the arc and failed to launch the desperation three.

Nelle previously pulled the Archers within one with a banked three and put Tamayo on the charity stripe on the ensuing play.

Tamayo had 18 points and grabbed 19 rebounds while Terrence Fortea added 15 points for the UAAP defending champions, who trailed by double digits at one point in the second half.
“I think we have to be more organized in our succeeding games. This is our first game, but there’s no reason for us to play in a situation like that,’’ said UP head coach Goldwin Monteverde.

Malick Diouf was likewise instrumental in securing the win for Maroons, his pair of putbacks and successive defensive stops around the rim helped the Maroons erase the deficit halfway through the fourth.

Deschon Winston led the Archers with 27 points while Nelle failed to live up to his projection that the Archers are the team to beat this season by contributing nine points.