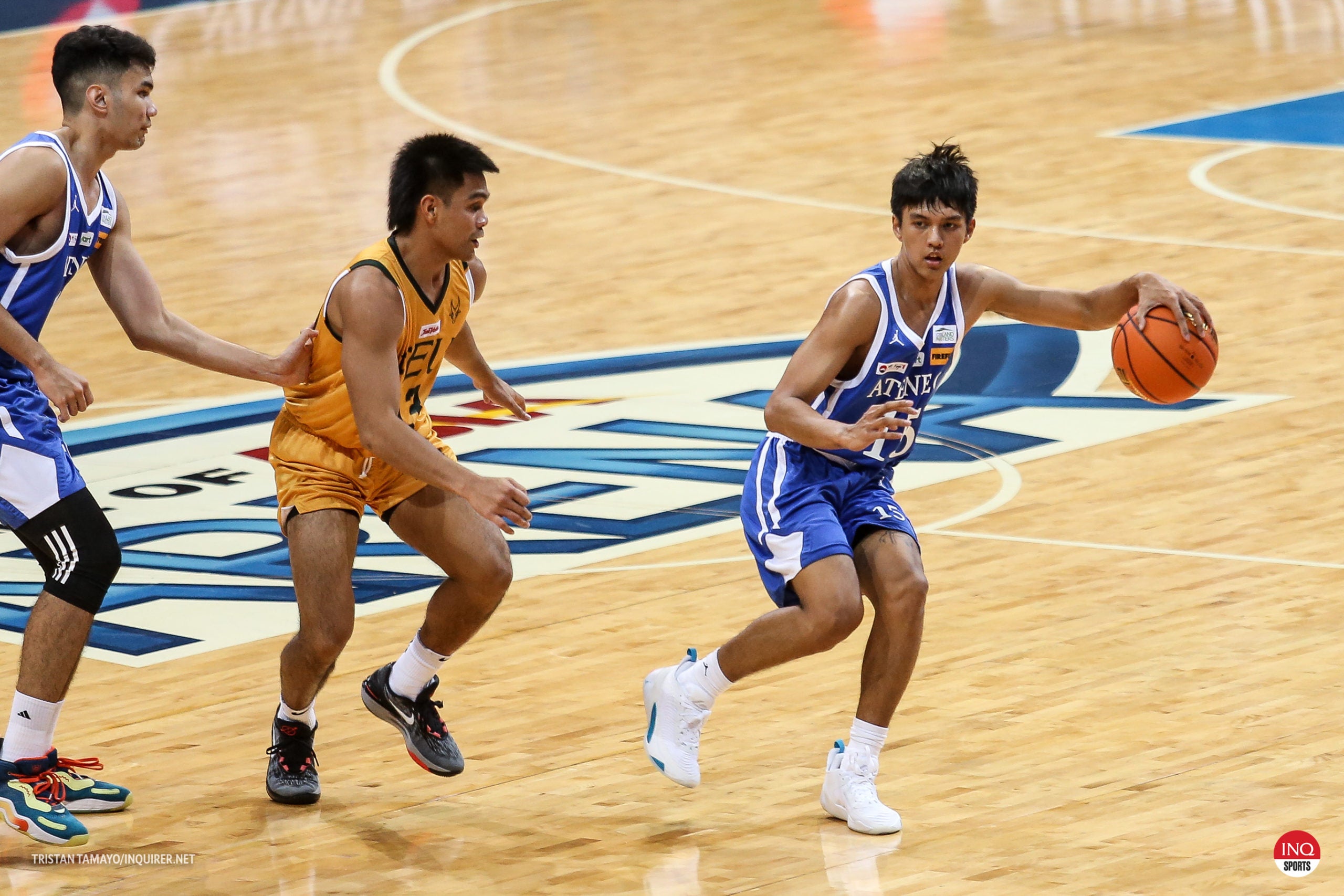 Ateneo guard Forthsky Padrigao during a game against FEU in the UAAP Season 85 men’s basketball tournament at Mall of Asia Arena. Photo by Tristan Tamayo/INQUIRER.net

MANILA, Philippines — Forthsky Padrigao proved his worth as Ateneo’s new court general after stepping up big time with an impressive game to kick off the Blue Eagles’ UAAP Season 85 men’s basketball campaign on a high note.

Starting life without veteran guards SJ Belangel, Gian Mamuyac, and Tyler Tio, Padrigao embarked on a new era for the Blue Eagles with 19 points, six rebounds, seven assists and two steals with only two turnovers in their 79-70 victory over the Far Eastern University Tamaraws on Sunday at Mall of Asia Arena.

The sophomore point guard said he’s not backing down from the challenges that come with having bigger responsibility this season, where Ateneo seeks redemption after losing the title four months ago.

“I told myself before this season just to face any challenges that I’m about to face, and try to overcome,” said Padrigao, who shot 3-of-6 from the three-point line, including a clutch triple in the fourth quarter.

“For me, it’s still a learning process because it’s my first year to start for our team. It’s all about accepting all the challenges and trying to overcome [them].”

Ateneo coach Tab Baldwin has always been a believer of Padrigao since his high school career.

“This kid’s been a winner, a champion. He’s a tough guy, he’s the dirtiest player I have on the team. You can strip him down and there’s no fear there, and he loves the moment. So if I can draw him instructions to find the weight room, at some point he’s gonna be a pretty good basketball player. But you know, right now, he’s more than useful.”

The former Ateneo high school standout said he just listened and followed Baldwin’s advice to just play his game like what he always does in practice.

“I treat every game like it’s just another game. I’m trying to … don’t let the moment be bigger than you,” Padrigao said.

The 20-year-old guard is glad that he was able to help the Blue Eagles earn their win, which they could use as a build-up for their upcoming games, including Wednesday’s match against the National University Bulldogs.

As he continues to embrace a bigger goal, Padrigao isn’t worrying about anyone’s expectations as his only focus is to deliver for Ateneo.

“I’m just trying to lead my team and follow what coach Tab needs me to do. I’m just focusing on my team. I don’t mind the outside noise,” he said.