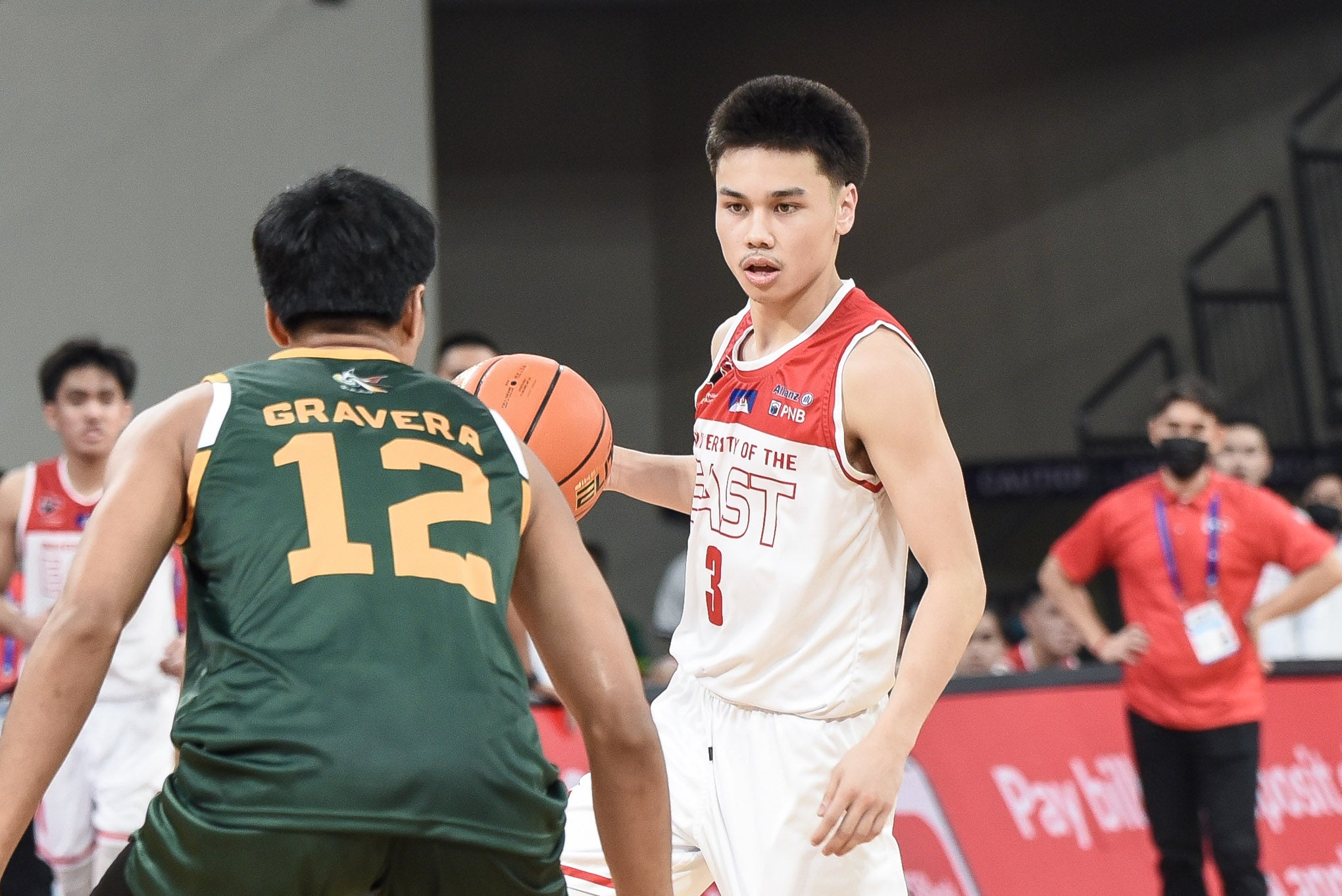 Paranada waxed hot with five threes to finish with 25 points as the Red Warriors stunned the Far Eastern University Tamaraws, 76-66, for their first UAAP win in three years on Wednesday at PhilSports Arena.

The secret to his explosive game? Shooting with confidence.

But while the Red Warriors were in a celebratory mood, Paranda made it clear their team is just getting started.

“It feels really good, for our first win in two seasons. It’s just gonna give us momentum for the next games. The past is the past, we can’t do nothing about the past. So we just think about the future,” said Paranada, who caught fire in the third quarter to spark UE’s first win over FEU since 2018.

After a  loss to National University last Sunday, UE head coach Jack Santiago said they will win some games this season and his wards delivered the next game.

Santiago, though, knows that winning one doesn’t prove anything.

“It’s only one game. I know, it’s just the breaks of the game. I know the system of coach Olsen. Down the stretch, FEU made some mistakes and we maximized (the opportunity). But this is only one game, we have nothing to celebrate yet,” said Santiago in Filipino shortly after his team celebrated their win. “We were at the bottom last season. We have no choice but to go up. I’m very thankful to the boys, we didn’t give up.”

Paranada agreed with his coach, as he wants to sustain their fine play when UE faces the Jerom Lastimosa-led Adamson (0-2) on Saturday at Smart Araneta Coliseum

“They’re a good team. They move the ball, they have a good point guard. Their best player, Lastimosa. We have to stick to him and focus on him. He’s a playmaker on the team,” the sophomore said.