Alyssa Valdez for Creamline, Lindsay Stalzer for F2 raring to go and get job done 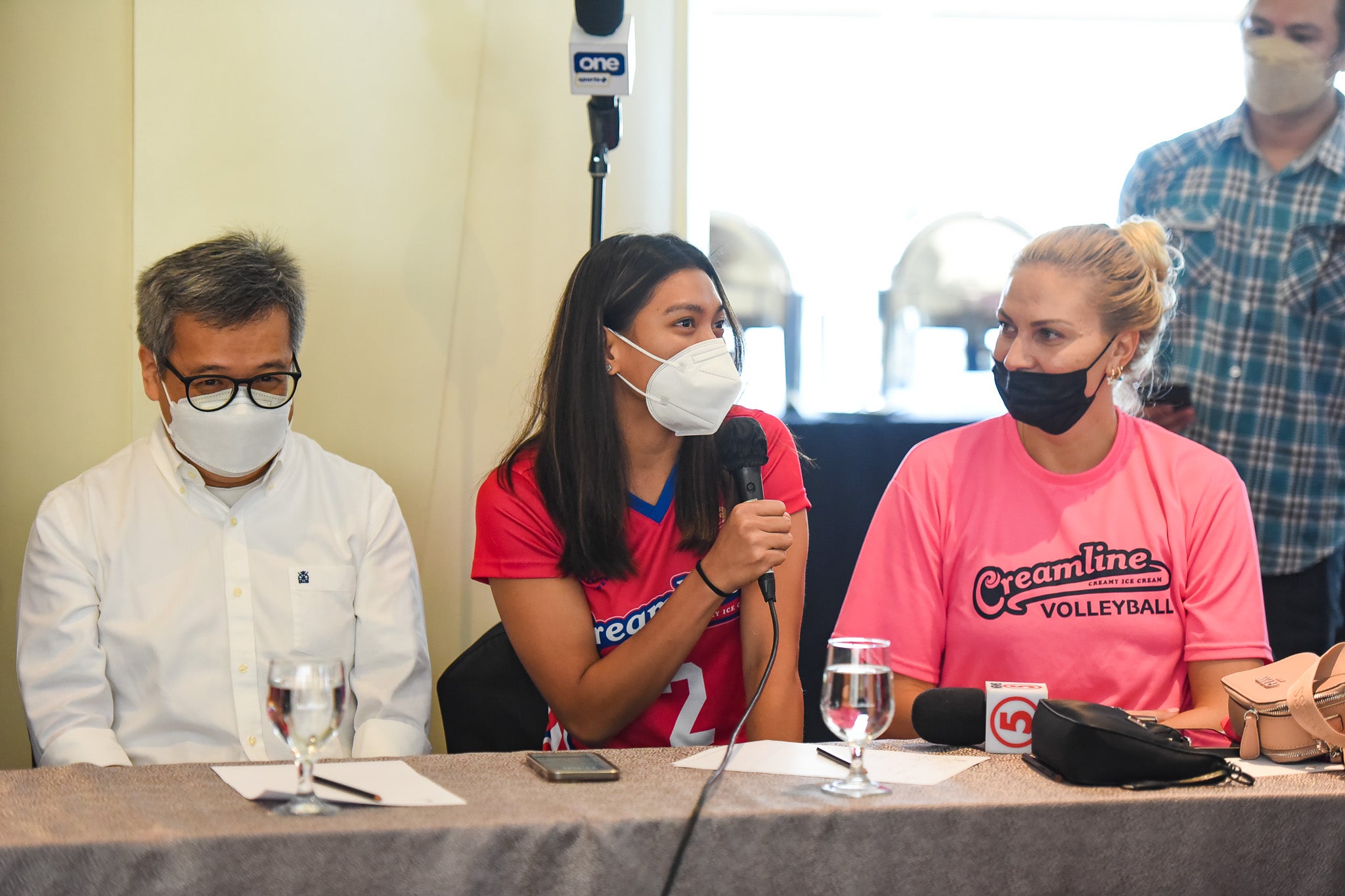 The video challenge system will be an added feature when the Premier Volleyball League (PVL) gets its Reinforced Conference off the ground on Saturday.

But there will be old familiar fixtures, too: Alyssa Valdez spearheads Creamline and Lindsay Stalzer banners F2 team rivalries and charismatic personalities highlight a tournament where the Cool Smashers try to complete a season sweep.

The final conference of the season will have a new video machine that will allow teams to challenge calls, and the league is hoping that this will start a week after opening.

“We have already ordered and paid for the video challenge,” said league president Ricky Palou during the press launch on Wednesday at Discovery Suites. “I think that was the end of July or August, but they haven’t delivered it.

“I don’t know, for some reason, they’re saying that the cameras are not ready but the order has been there, they promised to deliver it, and we’re still waiting for it.”

The league expects the contraption to arrive on Oct. 25 at the latest.

Meanwhile, Valdez believes that two international competitions after their Open conference win have hardened the Cool Smashers for the task at hand, even as Stalzer said she’s here again to complete unfinished business with Cargo Movers.

“We’re banking on that this coming Reinforced Conference, that experience internationally,” Valdez said. “Hopefully, we can give them a good fight, all the teams, this coming PVL.”

Valdez is also hoping to round out into top form within the first few days of the conference. She missed the Asian Volleyball Confederation Cup for Women in Manila and Asean Grand Prix in Thailand due to dengue.

“I’m just really grateful to be back on the court with these girls,” Valdez went on. “Our coaching staff has been doing a really good job so I can catch up. I’m just really listening to them. I’m excited to contribute in any way I can this coming conference.

“The last time I was here at F2, our season got cut short I was very confident that we were gonna do well that season. So it feels like there’s a little bit that’s left undone and I’m here to finish that,” said the opposite spiker.

Creamline begins its grand slam bid against PLDT on Thursday at PhilSports Arena, while F2 battles Chery Tiggo on Tuesday also at PhilSports.

“I’m excited for the new challenge,” Stalzer said. “We’ve got a lot going for us, especially with Kalei Mau and a bunch of returners. I’m excited to play with Kim Fajardo again.”