PBA: Chot Reyes gets fine for outburst in TNT loss to Magnolia 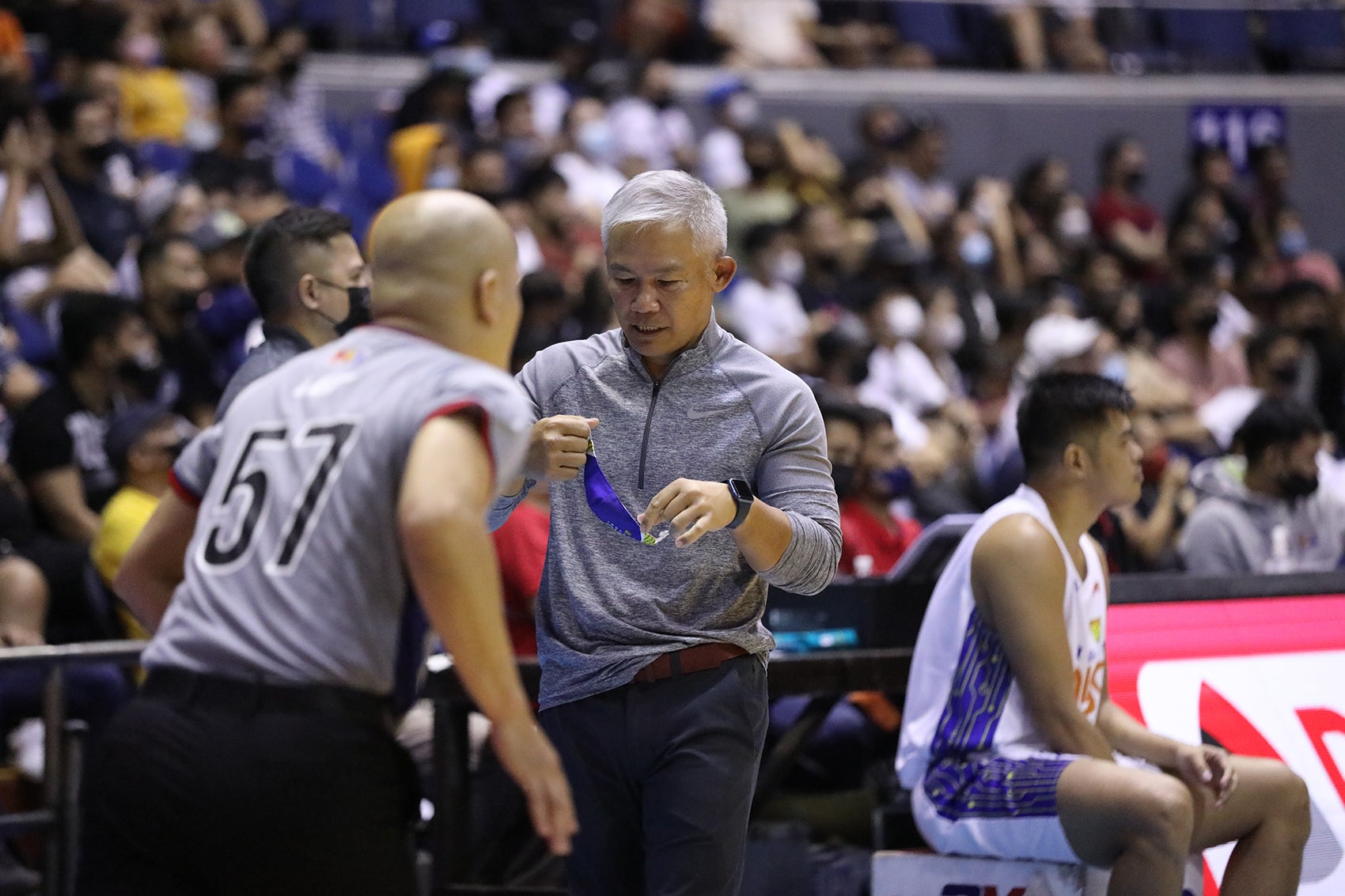 MANILA, Philippines–TNT coach Chot Reyes is set to be fined by the PBA Commissioner’s Office for his postgame outburst that marred his team’s 94-92 loss to Magnolia on Wednesday at Smart Araneta Coliseum.

Commissioner Willie Marcial confirmed that Reyes’ actions where he charged towards the officials table at the end of the match corresponds to an automatic fine.

The league has yet to finalize the exact amount as of posting time.

Players and coaches are prohibited from approaching the officials table. The most recent who was penalized was Barangay Ginebra’s LA Tenorio after falling short to Meralco in Game 3 of the Philippine Cup quarterfinals.

A frustrated Reyes confronted referees and technical officials to protest the disputed foul called on Calvin Oftana with 4.3 seconds left in the contest.

The game was tied at 92-all when Oftana was whistled while trying to take the ball from Magnolia’s Paul Lee while the latter was going for a shot. Lee sank both free throws which helped the Hotshots improve to 3-0 in the Commissioner’s Cup.

Reyes immediately stormed out of the Big Dome after the team’s postgame prayer and was even seen shouting at the hallway as he angrily walked into the Green Gate exit.

The Tropang Giga also contributed to their fate after squandering a 13-point lead against a Hotshots squad that was forced to play with an all-local lineup following a knee injury sustained by import Nick Rakocevic.

Oliver provided a glimpse of what he can do not only for the Tropang Giga, but possibly for Gilas Pilipinas if plans to make him a naturalized player will be taken seriously with his perimeter game and knack to attack the basket.

The Tropang Giga were dealing with the absence of injured players Jayson Castro, Mikey Williams and Glenn Khobuntin while center Poy Erram served a one-game suspension.

Castro is said to be out for two weeks, which would make things even harder for Reyes to try and put TNT in title contention.