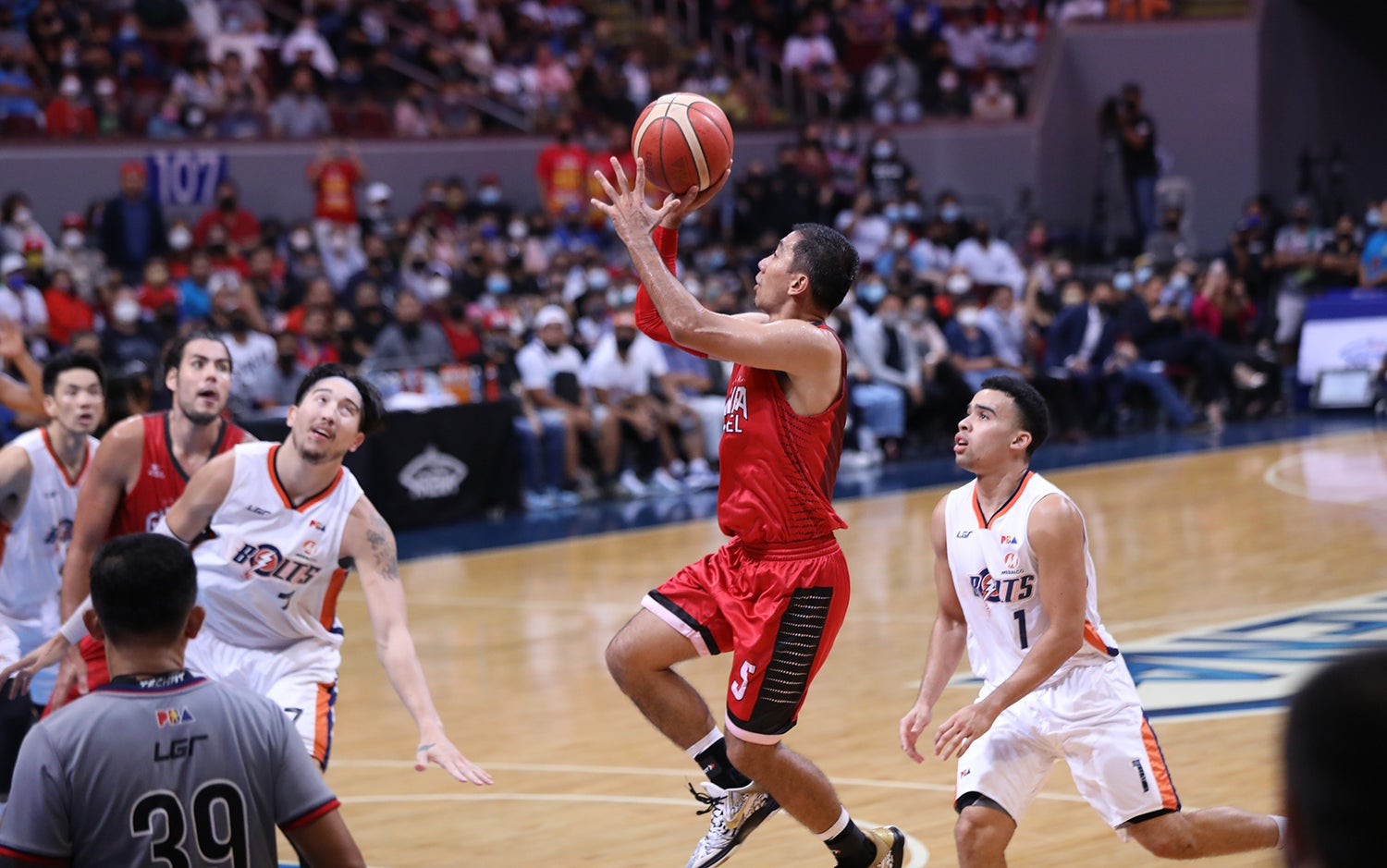 MANILA, Philippines–LA Tenorio was fined P20,000 by the PBA on Wednesday for comments made after Barangay Ginebra San Miguel’s heartbreaking loss to Meralco in the deciding third game of their PBA Philippine Cup quarterfinal series.

PBA commissioner Willie Marcial bared the penalty stemmed from the postgame made by Tenorio over referee Peter Balao’s decision to call an offensive foul on Scottie Thompson with 10 seconds left in the game held at Mall of Asia Arena.

Tenorio felt that Balao decided the outcome of the game during a short interview with scribes after the hard-fought contest.

Marcial added that Tenorio will also pay a “minimal fine” for approaching the technical officials’ table.

The league also slapped a similar P20,000 fine on Meralco’s Franky Johnson for an incident involving him and Ginebra’s Christian Standhardinger before Game 2 of their series last Friday at the Filoil EcoOil Centre in San Juan City.

Johnson had already talked with Marcial after their supposed meeting last Sunday was moved when the Bolts cager arrived late at MOA due to the heavy traffic within the vicinity of the venue.

No sanction was handed to Standhardinger, but his teammate Prince Caperal will be asked to pay an additional P10,000 fine for another Flagrant Foul 1 which occurred in Game 3.

Caperal hit Meralco’s Alvin Pasaol during a battle inside the shaded lane with 4:38 left in the first quarter of the rubber match.

The Gin Kings big man was earlier fined P5,000 after his Game 2 elbow on Chris Newsome was upgraded to an F1 infraction.