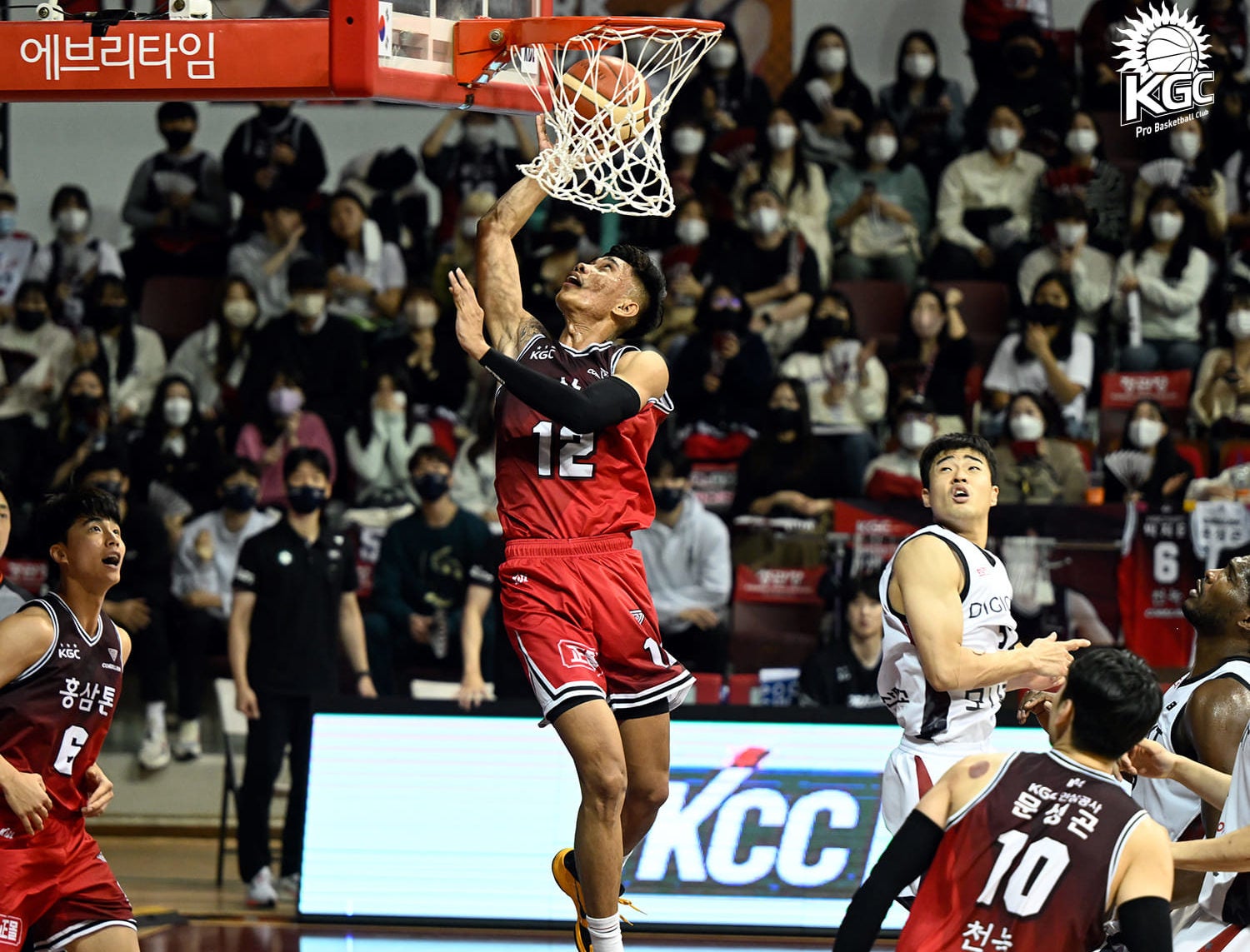 Coming off a groin injury, Abando came back for KGC with six points, sinking three of his seven attempts from the field while also snagging four rebounds in 10 minutes of play. He missed Anyang’s first six games.

SJ Belangel, on the other hand, had his best outing in the KBL season as he led the Daegu KOGAS Pegasus to a 92-83 victory over Goyang Carrot Jumpers at Goyang Gymnasium.

The former Ateneo standout finished with 25 points on an efficient 6-of-10 shooting from long range. He also had three assists, two rebounds and a steal.

Daegu bounced back after a loss to RJ Abarrientos and the Ulsan Hyundai Mobis Phoebus on Friday.

The Gilas guard collected nine points, five assists and four rebounds in the loss. He also sank just one of his four attempts from the field.