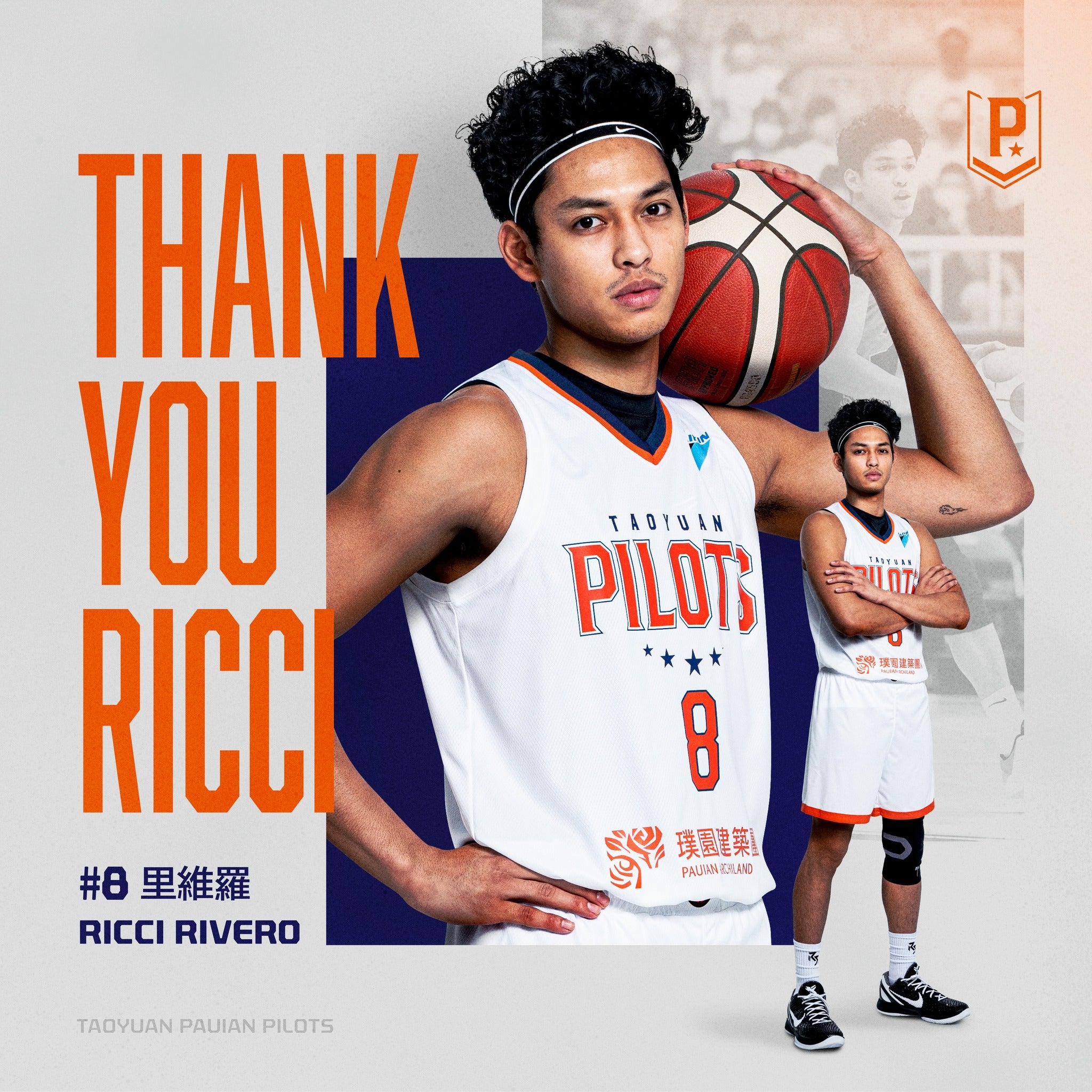 MANILA, Philippines—Ricci Rivero’s Taiwan stint was cut before it even officially started as he was released by the Taoyuan Pilots ahead of the P.League+ start.

“With mutual consents, the contract between Pilots and Ricci Rivero is terminated today. General manager Sean Chen said it was a hard decision,” the post read.

Chen also said that despite the former University of the Philippines standout being a “very skilled player with a great attitude,” his past injury limited his talents in the preseason.

“His past injury led him unable to show his best performance during the training and pre-season games,” the statement added.

Rivero signed with the Pilots in June, just a month after capturing the UAAP Season 84 basketball championship with the Fighting Maroons.

He flew to Taiwan to join the team in September, months before the opening of the P.League+ starting in December.

Chasing his dream overseas, Ricci Rivero hopes for support from OFWs in Taiwan

Ricci Rivero to draw inspiration from OFWs in Taiwan stint