NCAA: John Amores slapped with an indefinite ban after rampage 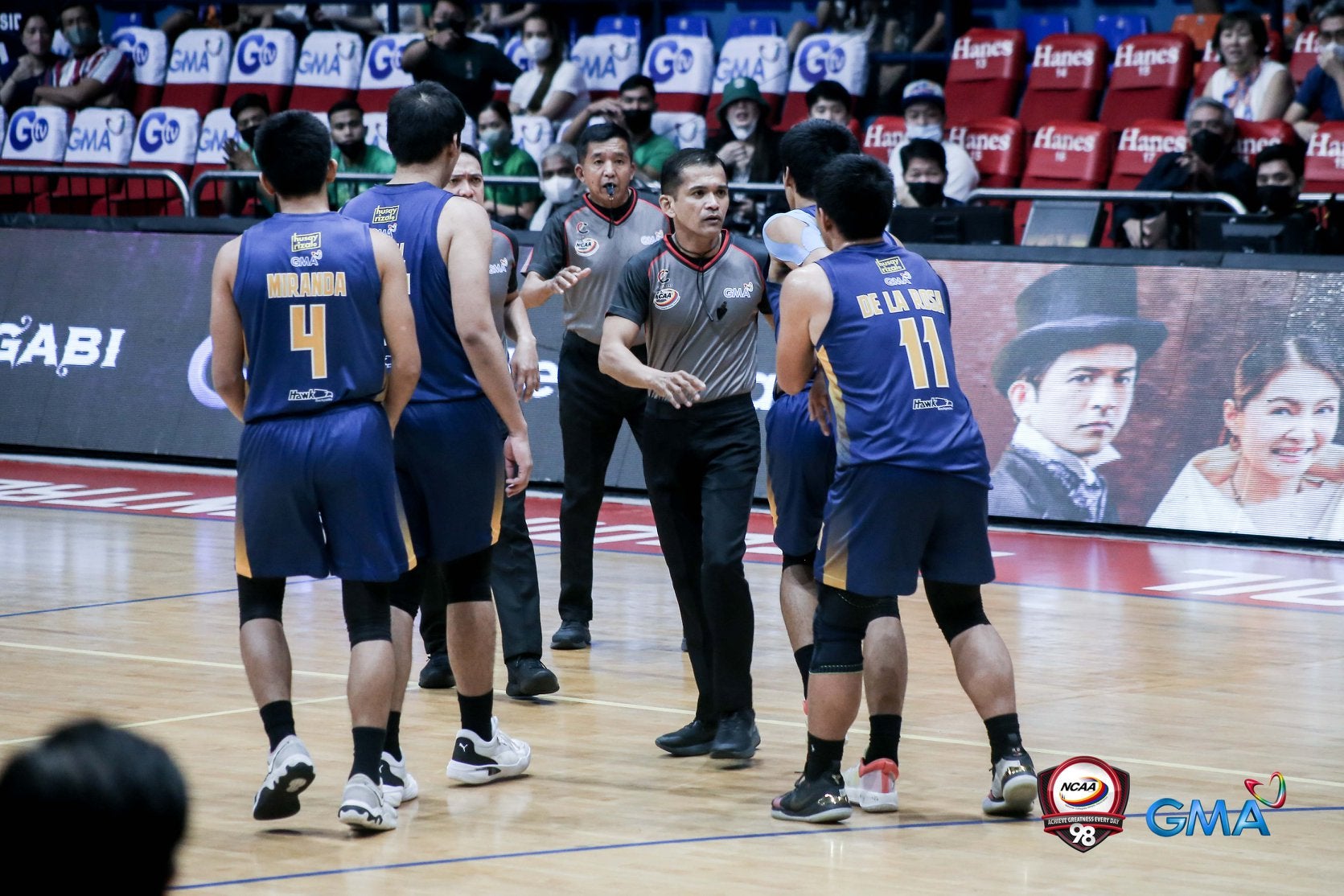 MANILA, Philippines—The NCAA has decided to indefinitely suspend John Amores from all league activities following the scuffle between Jose Rizal University and College of St. Benilde on Tuesday.

According to the league Management Committee review, Amores intentionally bumped and pointed a finger at a referee, disrespected JRU representative Paul Supan and court officials, charged toward Benilde’s bench, and made provocative gestures igniting a brawl on top of throwing punches against several players.

In his rampage, Amores threw punches at Mark Sangco, Jimboy Pasturan, Taine Davis and Migs Oczon of the Blazers. Both Pasturan and Davis got hit in the face.

“Violence has no place in the NCAA. The ManCom condemns, and will not tolerate, any acts of violence that will endanger our athletes, participants, officials, supporters, and the public. The safety of everyone is our primordial concern,” the NCAA Mancom said in its ruling released on Wednesday.

Sangco, however, is also suspended for two games along with fellow Blazer CJ Flores for committing disrespectful acts before Mancom representatives.

LOOK: The final rulings from the NCAA mancom for yesterday’s game. Several players from both teams have been suspended…

JRU players William Sy and Ryan Arenal will also be sidelined for two games for the same reason.

Ladis Lepalam of CSB and nine players of JRU will also serve a one-game suspension for entering the court without recognition from table officials.

Sy also has an additional one-game suspension for leaving the bench during the brawl. He will be out for a total of three games.

JRU, who will face San Sebastian on Friday, is currently sitting at a 6-7 record while CSB remains in the second seed with a 10-3 record.