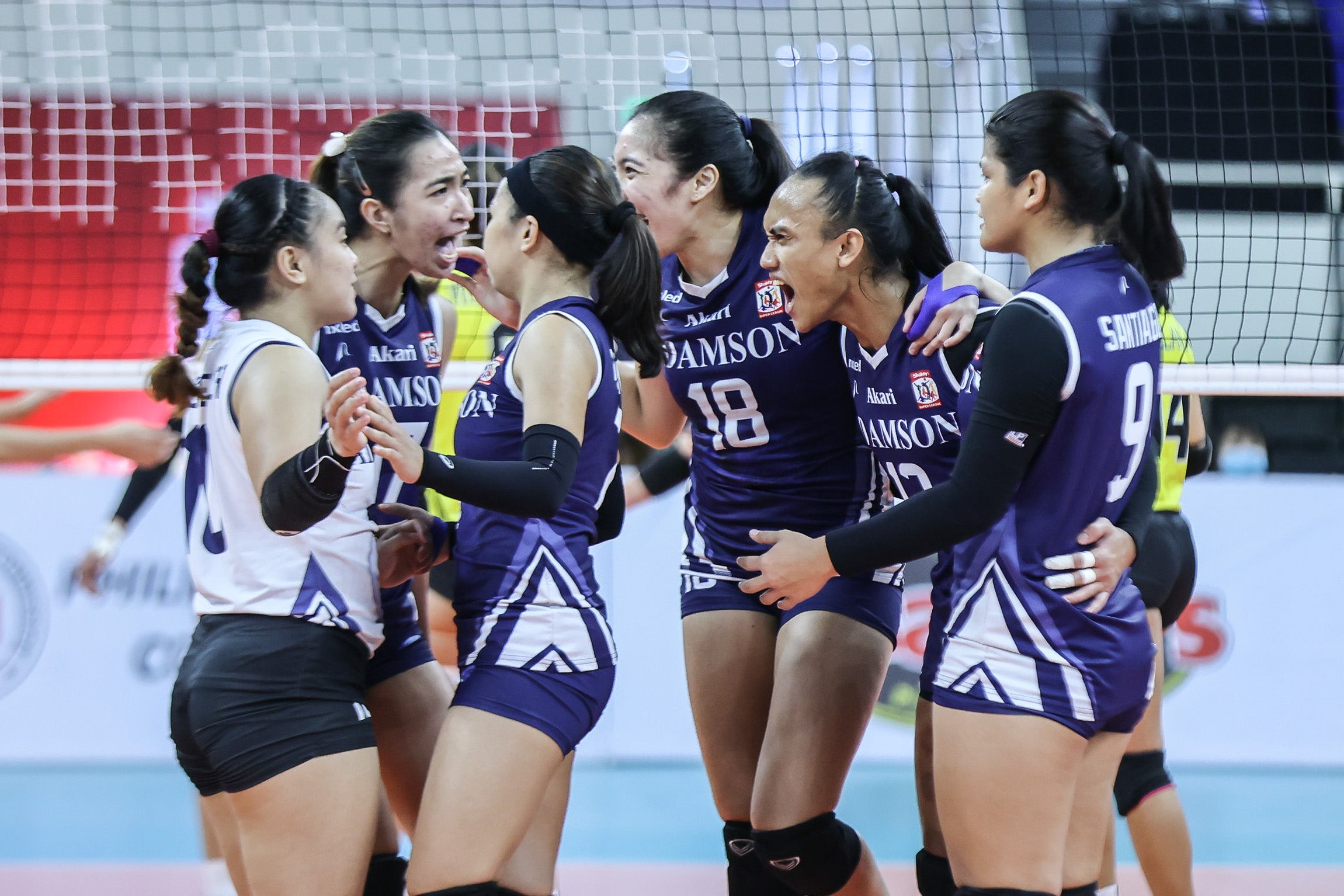 Tubu poured in 18 points, nine of which came in the fourth set, while Adolfo thrived in the decider for the Lady Falcons.

Adamson pulled away in the fifth set with a 5-1 run for an 11-8 lead. But Pierre Abellana drilled back-to-back kills, followed by Pia Abbu’s quick attack to tie the set, 11-all.

UST, however, committed a crucial attack error that set the pace for Tubu’s clutch spike for a 13-11 lead before Adolfo nailed two consecutive kills to clinch third place for Adamson. Adolfo went down on her knees and shed tears of joy.

“We’re really happy we got the win and at the same time we’re able to make quick adjustments to take this game,” said Adamson skipper and playmaker Louie Romero in Filipino. “I just told my teammates that this is the time for our payback. We really wanted this win.”

Tubu scattered 15 spikes, two aces, and a block. Lorene Toring had 14 points including three blocks, while Rizza Cruz added 14  as she provided six of the team’s 10 blocks.

Gandler only played in the first three sets, where she poured 12 kills, while De Guzman drilled seven in the fourth to close out the game, conspiring with Faith Nisperos and AC Miner.

Geezel Tsunashima was also instrumental for the Blue Eagles with 11 points, while Nisperos and Miner added 10 and nine markers, respectively.

Jewel Encarnacion led the Fighting Maroons with 15 points, as Nina Ytang added 11 points only for their team to end up sixth.

Chenie Tagaod led the Lady Tamaraws with 16 points from 12 attacks, three aces, and a block, while Alyzza Devosora and Mitzi Panangin added 13 and 12 markers, respectively.

The Lady Altas banked on the 14-point effort of Charmaine Ocado as they settled for eighth place — the lone NCAA team that made it to the top eight.

NU fends off UST for finals berth in Super League