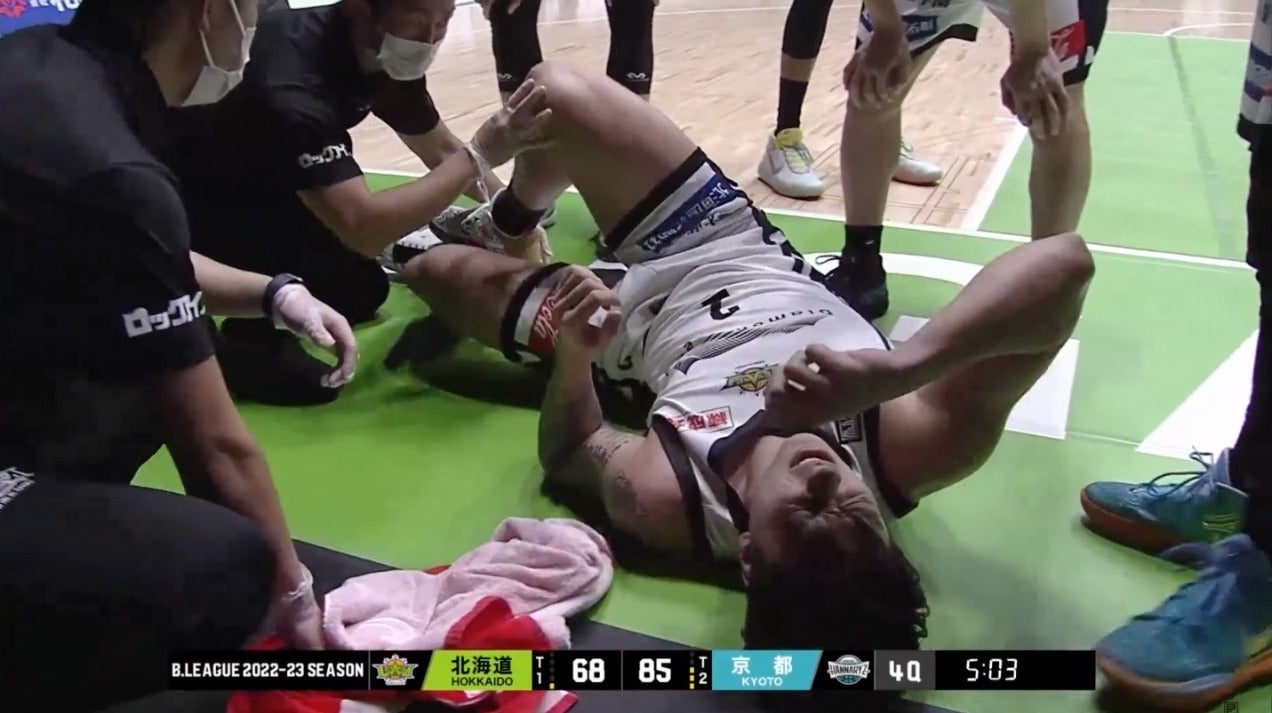 Dwight Ramos after spraining his ankle in Levanga’s loss to Kyoto. –B.LEAGUE SCREENGRAB

MANILA, Philippines — Dwight Ramos is out indefinitely after suffering a right ankle sprain in Levanga Hokkaido’s 99-84 loss to Matthew Wright and Kyoto Hannaryz in the Japan B.League on Sunday at Yotsuba Arena Tokachi.

Levanga on Tuesday provided an update about the Gilas Pilipinas star’s injury, saying return time for the Filipino import is “undecided.”

Ramos tweaked his ankle after attempting a layup in the fourth quarter. He left the game with 11 points, six rebounds, and four assists and had to be taken out of the court in a wheel chair.

It was the Filipino-American guard’s first game back after playing for Gilas Pilipinas in the fifth window of the Fiba World Cup 2023 Asian Qualifiers.

Levanga is holding a 3-8 record after back-to-back losses to the Hannaryz.

Wright, who met Ramos in person for the first time, said it was unfortunate to see his fellow comrade go down in their first match-up.

“We’re cordial, we follow each other on social. It was my pleasure to play against a fellow national team player. I’ve been a fan of him for a while now. It’s unfortunate to see him go down with an injury,” said Wright of Ramos.