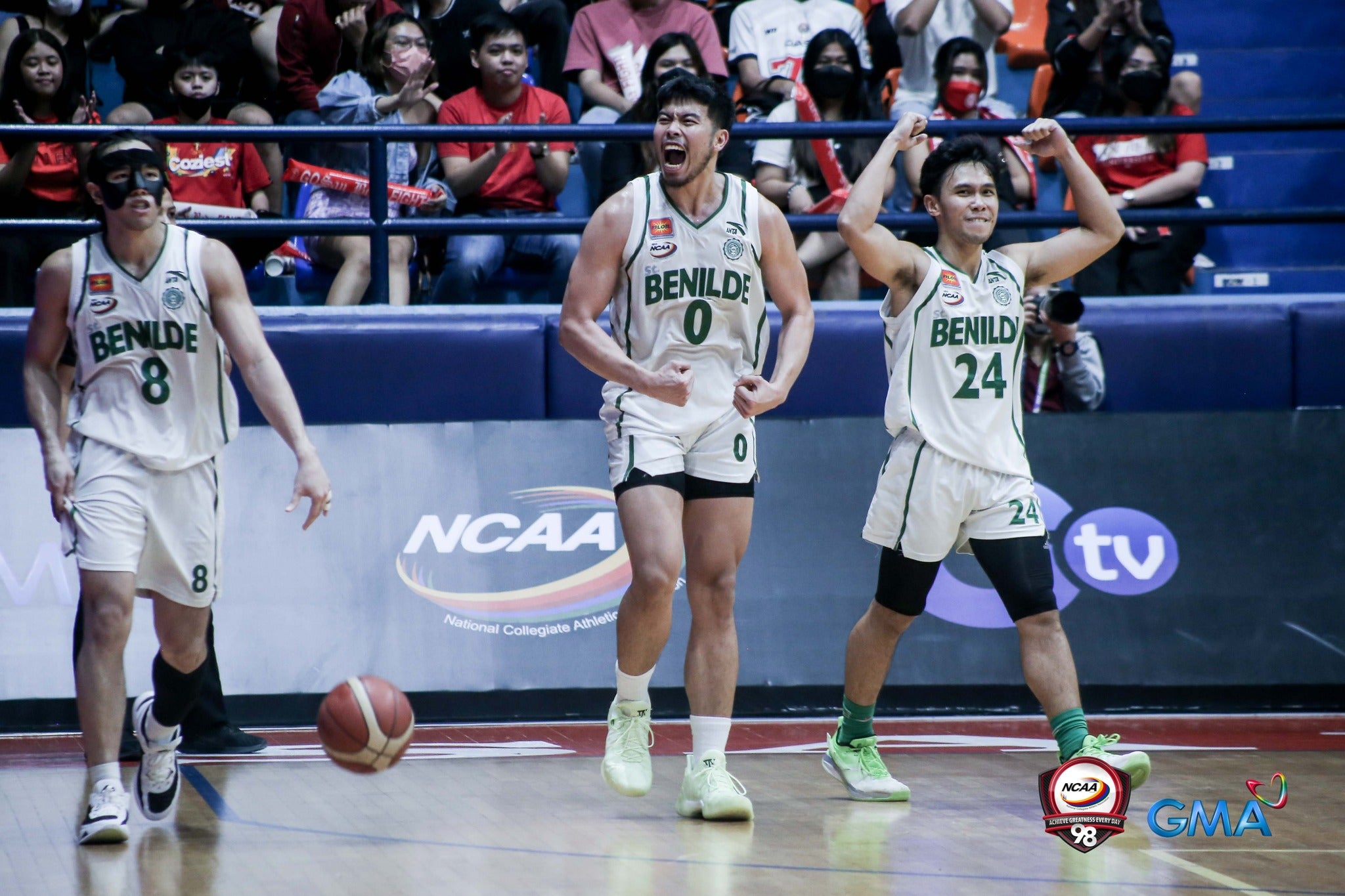 MANILA, Philippines—College of St. Benilde clinched a twice-to-beat advantage after defeating San Beda, 82-73, in its final game of the NCAA Season 98 men’s basketball tournament elimination round at San Juan Arena on Tuesday.

San Beda got close in the fourth quarter, 80-73, but Migs Oczon sank the pivotal fadeaway shot of the game to keep the Blazers in the driver’s seat, 82-73, with 1:08 remaining in the game en route to the win.

With St. Benilde’s win, the matchups for the semifinals will depend on Letran’s game tomorrow against Jose Rizal University.

If the Knights win, they secure the top seed and face Beda while the Blazers battle with Lyceum.

Should they lose, the Knights will slip to two and face LPU while the Blazers face San Beda anew. Either way, both the Knights and the Blazers will have twice-to-beat leverages.

“We’ll value this advantage. We will not take whoever we’ll face in the playoffs easily. Tomorrow right away, we’ll go back to work,” Will Gozum said after finishing with a double-double of 15 points and 10 rebounds.

Mark Sangco had his best game of the season so far for CSB with 19 points and 12 rebounds. Miggy Corteza and Jimboy Pasturan also had 15 and 13 points, respectively, in the win.