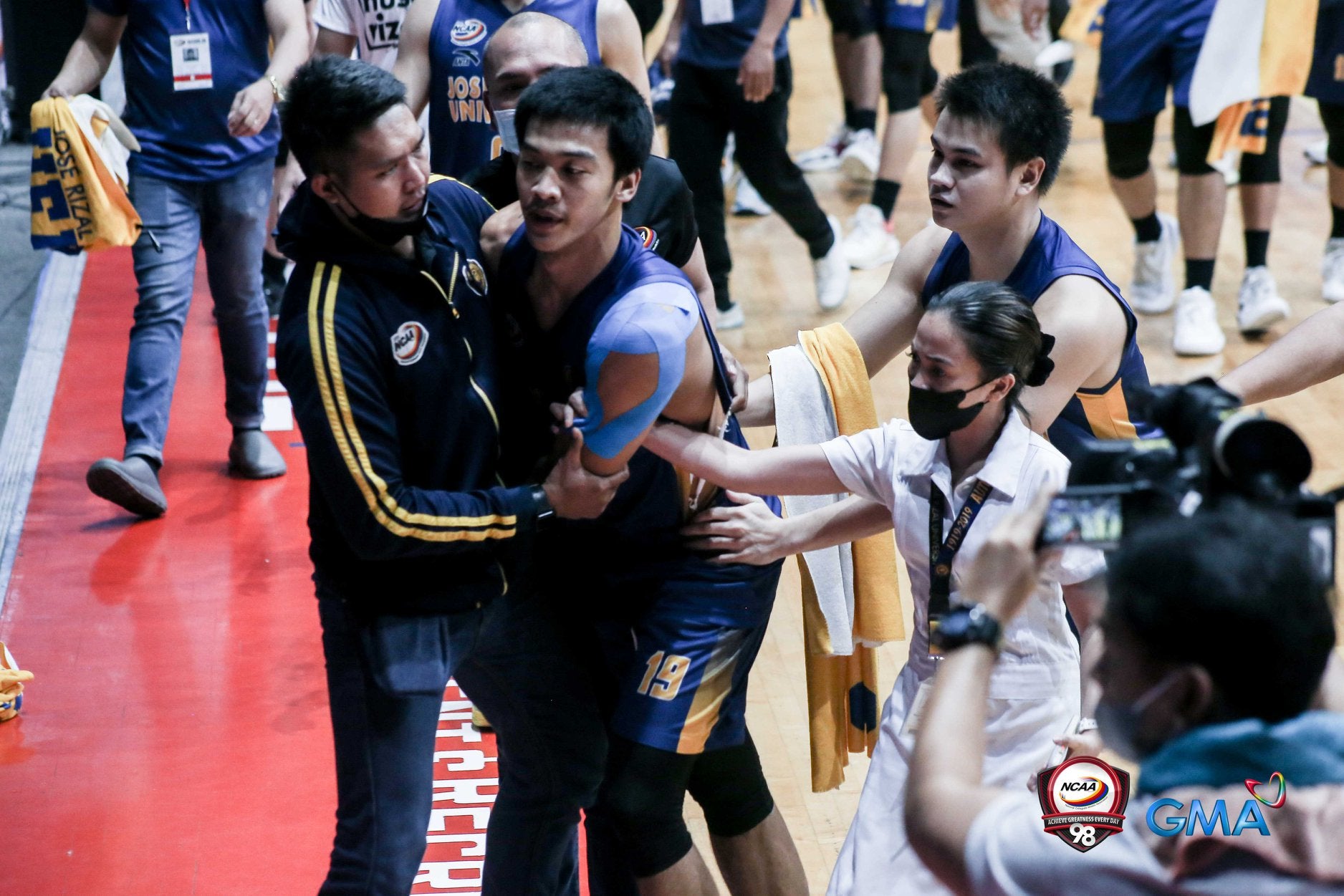 MANILA, Philippines—Embattled player John Amores aired his side after two weeks of silence, explaining his reason for his violent outburst on November 8 in an NCAA men’s basketball game.

Appearing on PlayItRight TV, Amores said he has been dealing with “big” personal problems and that may have triggered his rampage during the game that led to physical injuries on St. Benilde player Taine Davis and Jimboy Pasturan.

“Family problems are part of it, just mixed in with all the others. I haven’t been able to see my baby for a while. I’ve been with her since she was born, taking care of her, and now I’m not and I’m not used to it,” Amores said in Filipino in an interview with Quinito Henson and Dyan Castillejo.

The 25-year-old also said that has also spoken with his JRU Heavy Bombers team, from which he has expelled following the school’s decision, and asked for forgiveness.

“I apologized and asked for forgiveness for what I’ve done,” said Amores.

Amores has also apologized in person to members of the St. Benilde Blazers. CSB coach Charles Tiu bared that the wingman formally asked to visit their scrimmage where he reached out to the players and the staff.

Davis and Pasturan, though, will still push through the with cases they filed against Amores, Tiu added.

Amores technically has one playing year left if the NCAA’s indefinite ban will be lifted, but whether or not he will still be able to play collegiate ball elsewhere is unknown.

The NCAA melee, though, wasn’t the first punching incident that Amores was involved in. The former Heavy Bombers was also suspended in the pre-season after throwing a punch against University of the Philippines’ Mark Belmonte.

UP revealed that it had also filed criminal charges against Amores for that incident.

Terrafirma import Lester Prosper, who were among those to said that he wanted to reach out to Amores right after the incident, was also present during the virtual interview.