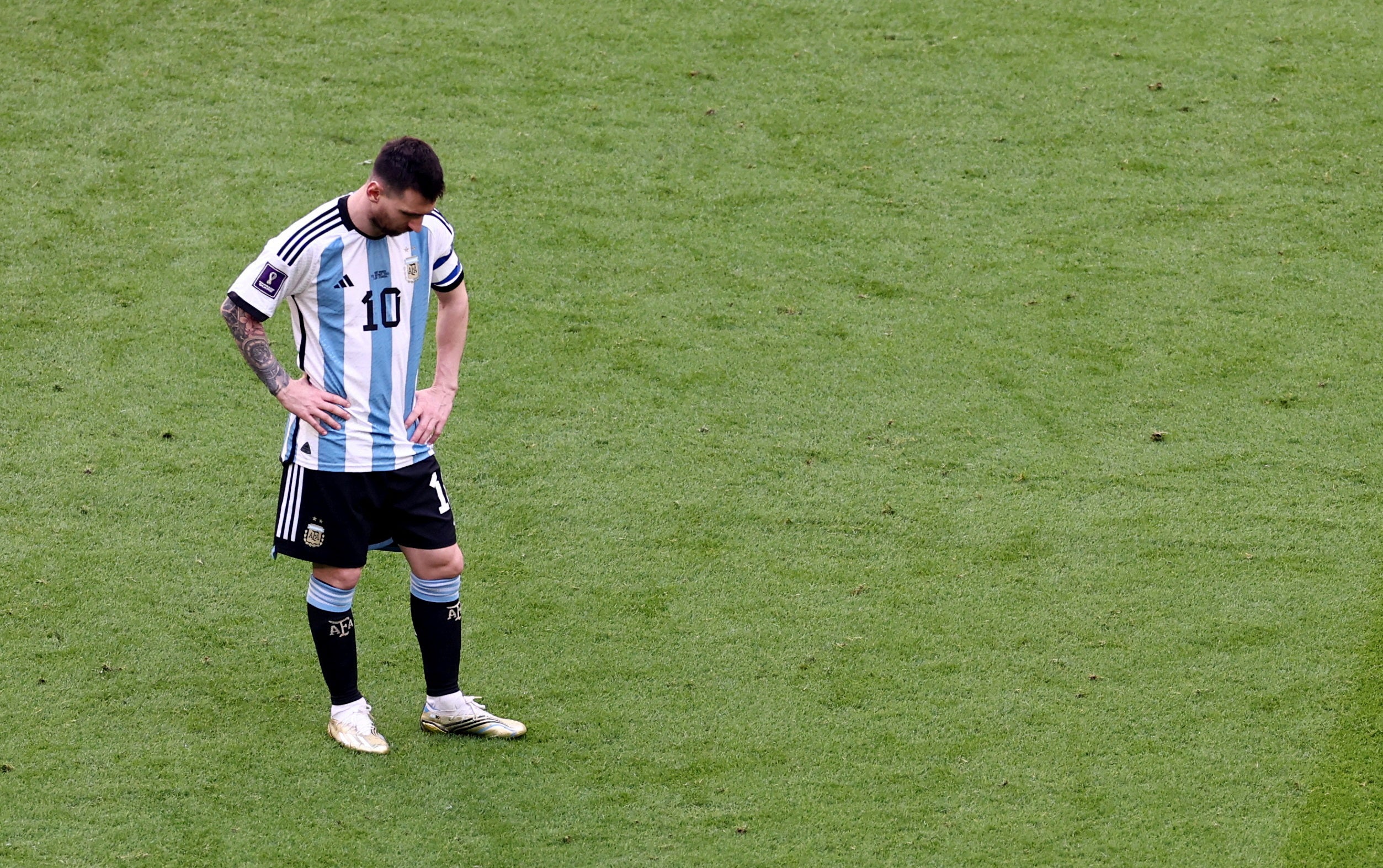 LUSAIL, Qatar—Lionel Messi lamented Argentina’s shock second half capitulation against Saudi Arabia on Tuesday but said he was not surprised by the threat from opponents 48 places lower in the world rankings.

“It’s a situation that this group of players has never been through, it’s been a while since we suffered such a tough blow, we didn’t expect to start like this,” Messi told Argentinian media after the 2-1 defeat in Group C.

Starting his fifth World Cup, Messi had opened the scoring with a 10th minute penalty and Argentina had three goals disallowed for offside in a free-flowing first half.

But in the second half, “in five minutes of mistakes that we made, we went 2-1 down and then it was really tough and we lost organization and started punting the ball,” he said in comments broadcast by Todo Noticias.

Messi said his team knew Saudi Arabia, despite being the second-lowest ranked team in the tournament, could hurt them.

“We knew they were a team who would play if we let them…They did not surprise us, we knew they could do that.”

Argentina now has to focus on beating Mexico and Poland in their next group games in search of the only major title that has eluded Messi in his otherwise glittering career.

“Obviously we have to win or win now. It’s up to us to fix what we did wrong and get back to the basics of who we are,” said Messi, whose team had been on a 36-match unbeaten run prior to the shock result at the Lusail Stadium in Qatar.

“We’re OK, obviously hurt by the result, very bitter. But people must trust that this team will not let them down and we are going to go for it in the next two games. We’ve played games of this nature before and we’re going to perform well.

“Now’s the time to be more united than ever, to show how truly strong we are.”