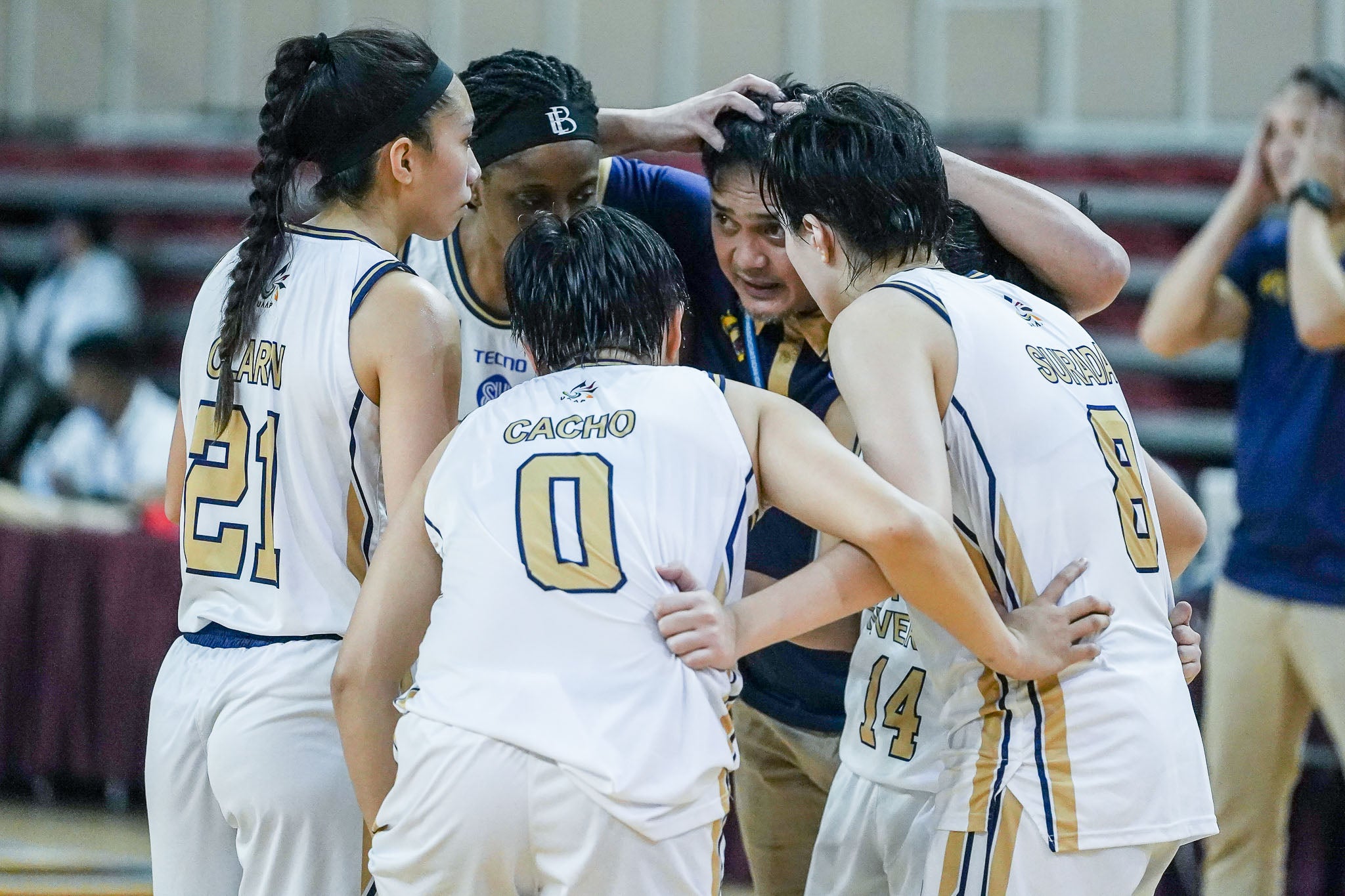 NU coach Aris Dimaunahan and the Lady Bulldogs during a huddle. UAAP PHOTO

MANILA, Philippines — National University Lady Bulldogs coach Aris Dimaunahan was quick to accept that all good things come to an end after La Salle ended their 108-game winning streak in the UAAP Season 85 on Wednesday at UST’s Quadricentennial Pavilion.

And the challenge now for the Lady Bulldogs is how will they bounce back after absorbing their first loss in nine years.

“The real challenge for us now is how well can we bounce back after this loss. How well could we really turn the tide in a short span after being beaten,” said Dimaunahan after losing to La Salle, 61-57, in overtime.

“Just like what I said to you at those times when we were winning, we got these 24 hours of everything. May it be a winning note, may it be a bad game. We’ll have 24 hours to feel sorry for this. The next hour will be moving forward for them.”

It was tough for this batch of the Lady Bulldogs to become the first team to absorb a loss since La Salle also beat NU, 69-61, on October 5, 2013, in the Season 76 finals. But Dimaunahan stressed their main goal is to win the school’s seventh straight championship.

“These girls never lost in the UAAP. I’m part of the 96-0 as assistant of coach Pat (Aquino).  It happened that our game was really off. I thought we could really snatch it in the end. Not to our usual playing mode. Give credit to La Salle for playing that way,” Dimaunahan said.

As La Salle forced a traditional Final Four for the first time in nine seasons after dropping NU to a 12-1 record, Dimaunahan gave credit to La Salle coach Cholo Villanueva and his Lady Archers, who needed to pull off a perfect game to become the one in NU’s 108-1

“I thought we had to give credit to coach Cholo and the whole La Salle team for playing that way today. I thought they were well-prepared. I admit they beat us really. In a basketball game, there will be a winner and a loser. So, it’s just sad today that again, streaks are bound to be broken,” he said. “I have high respect for coach Cholo Villanueva. He’s been coaching his teams very well. We’ll surely find a way to bounce back and we’ll see what will happen in the coming days.”

The Lady Bulldogs, who are assured of a twice-to-beat advantage heading to the Final Four, seek to regain their winning ways and close out the eliminations on a high note against the also-ran Adamson Lady Falcons on Saturday.