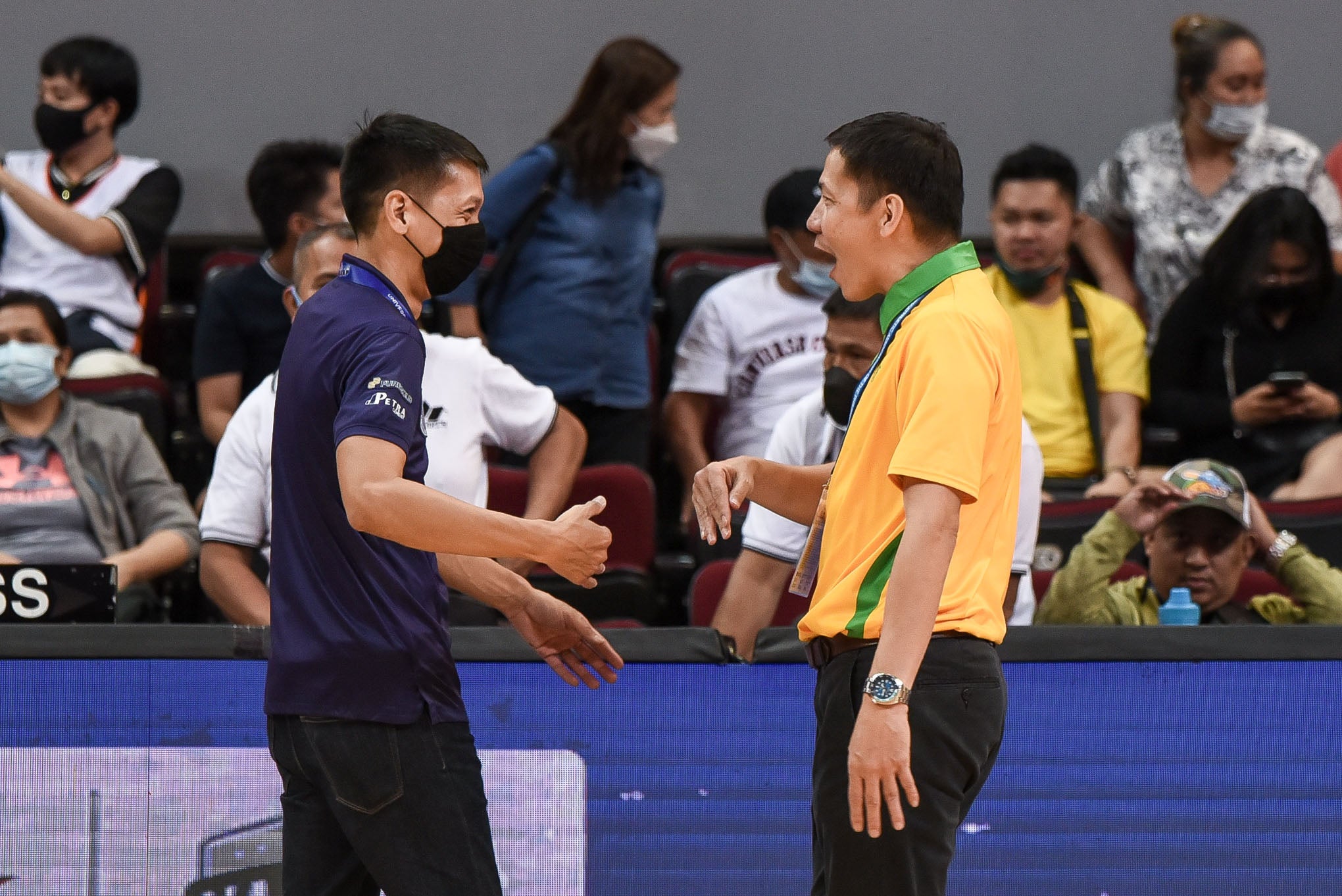 MANILA, Philippines — It was a bittersweet moment for Adamson coach Nash Racela after his team ended the eight-season Final Four streak of Far Eastern University, his former team now coached by his older brother Olsen, on Wednesday.

The win kept Adamson in the hunt for a Final Four spot in the UAAP Season 85 men’s basketball tournament.

The Falcons, who missed the Final Four last Season 84 after losing their final game of the elimination to the Tamaraws, exacted sweet revenge and improved to 6-6, tying La Salle in fourth place.

For Nash, it was tough to eliminate his brother and the program he coached from 2012 to 2016, highlighted by a championship in Season 78.

“The feeling is a little heavy because we both needed a win, especially us, to be able to advance. We have a higher chance of making it to the Final Four, as long as we handle again, business, on our end,” said the Adamson coach, who had a moment with Olsen after the game.

Olsen, on the other hand, was gracious in defeat despite FEU missing the Final Four for the first time in 2012.

“I told him: We were both nervous [in the game].  At the end of the day, we’re brothers and every chance we get to play and coach against each other, we have to cherish that and although there will be a winner and loser, bottom line is we’re family,” said Olsen. “Now we can finally talk. But he is now ahead, 3-1. We have to bounce back.”

Interestingly, the younger Racela was calling the shots for FEU when the team, led by Terrence Romeo and RR Garcia, missed the Final Four in Season 75 before leading the school to four of their eight straight postseason appearances, including back-to-back finals berths in 2014 and 2015.

As the former Tamaraws coach, Nash, who praised FEU’s adjustment to erase their 27-4 first-quarter lead, believes they will come back stronger.

“For FEU, we know that they will bounce back strong. They have a good program. Once they mature, they’ll be competitive again. This year, they were competitive but the breaks were not on their side,” he said. “It’s not really a favorable season for FEU. But if you really follow all their games, they played well. I think there were three or four games that they led by more than 15 points, only to lose in the end. Once they find a groove later on, they’ll be a tough team.”

Adamson tries to win its last two games against National University on Saturday and Ateneo on Wednesday, while FEU hopes to end the season with a win against University of Santo Tomas over the weekend.