NBA: Bucks use balanced attack to soar past Mavericks 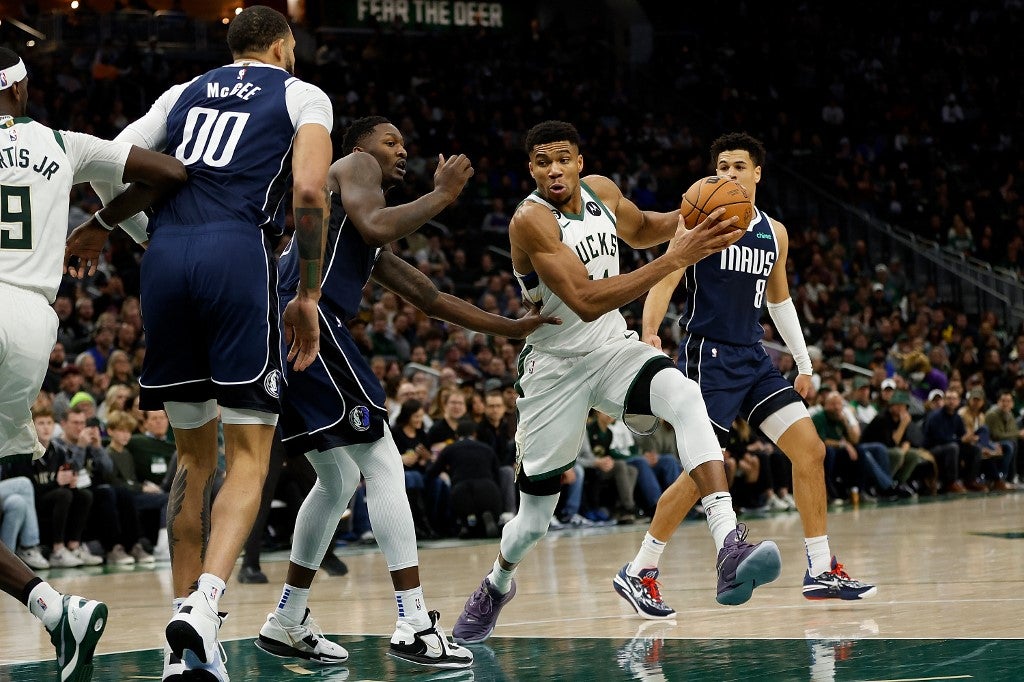 Giannis Antetokounmpo #34 of the Milwaukee Bucks steps to the basket during the first half of the game against the Dallas Mavericks at Fiserv Forum on November 27, 2022 in Milwaukee, Wisconsin. John Fisher/Getty Images/AFP

Giannis Antetokounmpo had 30 points and 11 rebounds as the host Milwaukee Bucks defeated Dallas 124-115 on Sunday to extend the Mavericks’ losing streak to four games.

Grayson Allen was 7 of 8 from 3-point range and finished with a season-high 25 points for Milwaukee, which never trailed and improved to 11-2 at home. Allen tied his career high with seven 3-pointers, all in the first half.

The matchup between two of the league’s top MVP candidates went to Antetokounmpo over Dallas star Luka Doncic, who had 27 points and 12 assists.

Giannis dropped another 30 piece in the @Bucks win, marking his 4th straight game with 30+ PTS on at least 55% FGP!

Dallas fell short despite shooting 51.2 percent from the field and 17 of 41 (41.5 percent) from 3-point range. Spencer Dinwiddie scored 22 points, Christian Wood added 21, and Dorian Finney-Smith had 13.

Milwaukee scored more than 100 points through three quarters for the first time this season and carried a 104-96 lead into the fourth quarter.

The Bucks opened the final quarter on an 11-1 run and stretched their lead to 115-97 on Carter’s jumper with 8:46 remaining.

Milwaukee maintained a double-digit lead for much of the fourth quarter and improved to 13-0 when leading or tied after three quarters this season.

Grayson Allen was a perfect 7/7 from deep in the first half, powering the @Bucks to the early lead in their wire-to-wire victory!

Antetokounmpo finished 11 of 19 shooting and recorded his 11th double-double of the season. The two-time MVP is averaging 35.3 points over his last four games.

Both teams set the tone for the evening with a high-scoring first quarter. Milwaukee led 41-33 after Allen scored 15 points on five 3-pointers.

The frenetic pace continued in the second quarter, and the Bucks moved ahead 67-53 on Jordan Nwora’s trey with 3:14 left.