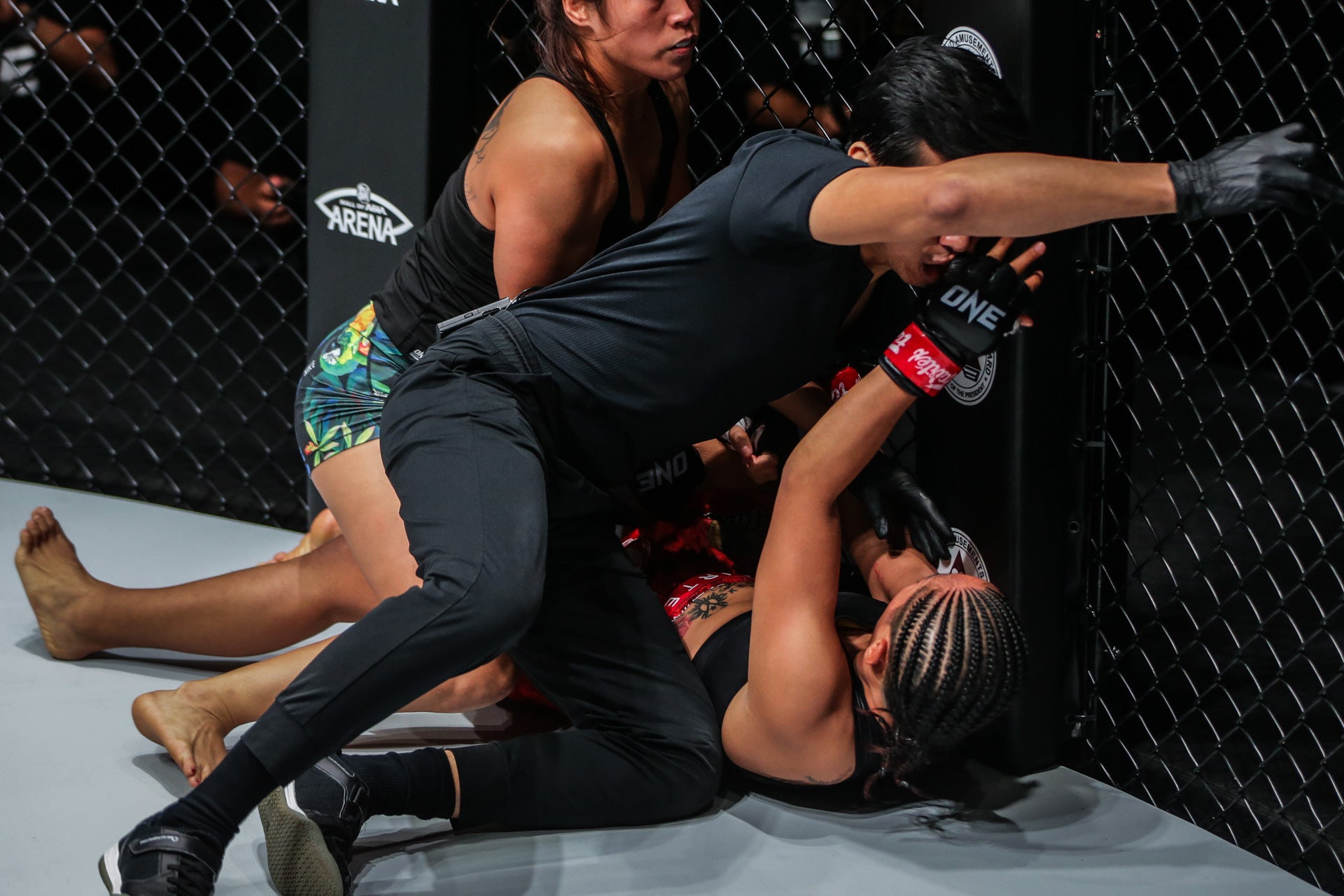 Jenelyn Olsim is knocked out by Meng Bo in the first round of their bout. Photo from ONE Championship

Wary of her opponent’s knockout power, Olsim took a vicious elbow from Bo, who proceeded to finish off the Team Lakay warrior with the ground and pound just 24 seconds into their catchweight bout.

The Chinese veteran’s quick victory kicked off ONE 164 at Mall of Asia Arena, the first event held in the Philippines since the pandemic.

The 25-year-old Olsim lost for the second time in three fights as she failed to follow up her split decision win over Julie Mezabarba last June.

Team Lakay dropped to 0-2 in the card with former two-time lightweight champion Eduard Folayang suffering a second-round stoppage in the morning session against Edson Marques of Brazil.