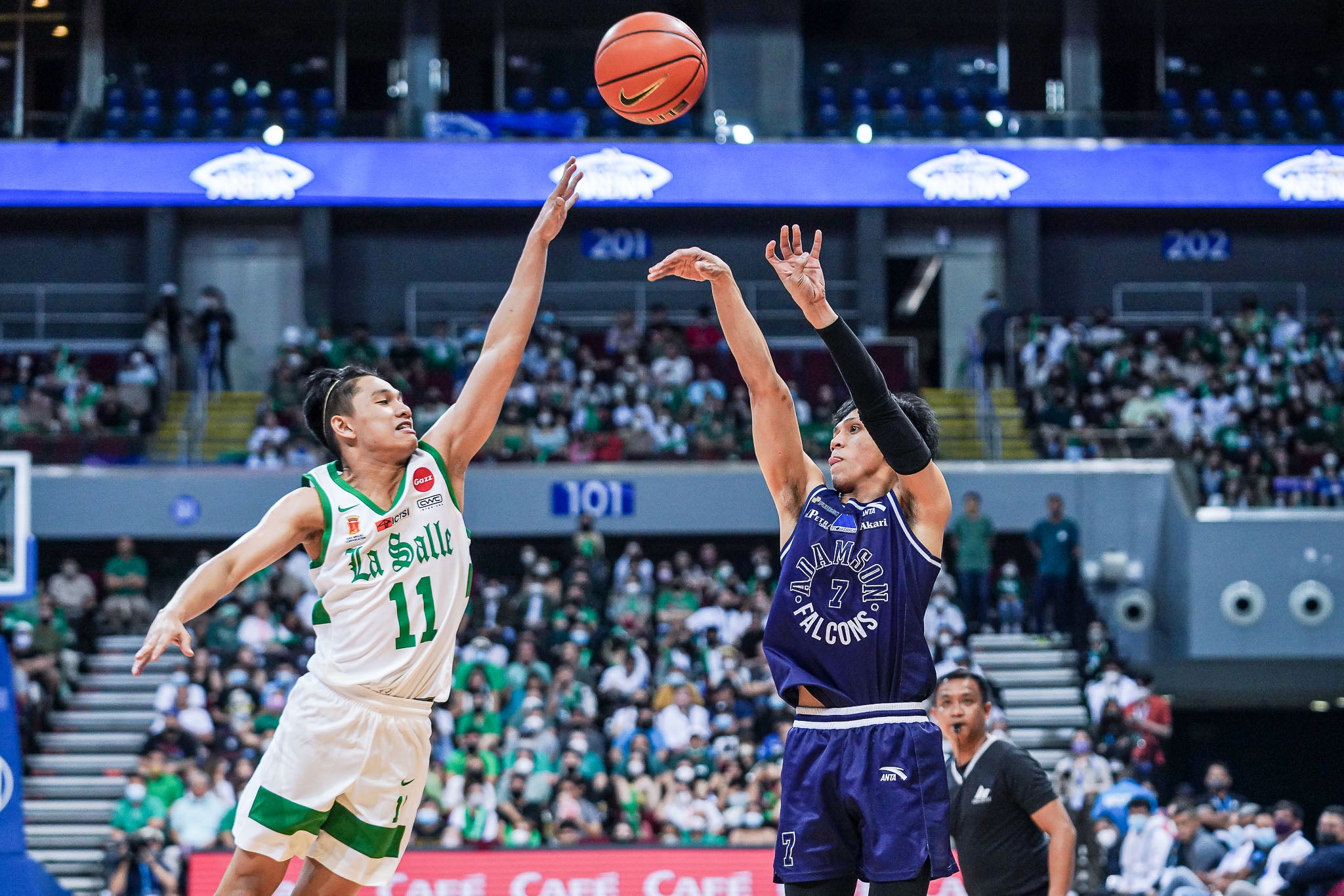 MANILA, Philippines–Jerom Lastimosa ushered the Adamson Falcons back to the Final Four after prevailing at the expense of the La Salle Green Archers, 80-76, in a make-or-break affair on Sunday night at the UAAP Season 85 men’s basketball tournament.

Lastimosa fired 11 of his 22 points in a crucial stretch in the third quarter that put the Falcons in the thick of the fight and sank the marginal free throws along with Joshua Yerro en route to Adamson’s return trip to the semifinals since the 2018 season.

The Falcons forged the Final Four meeting with the top-ranked Ateneo Blue Eagles, who possess a twice-to-beat edge and can immediately progress to the best-of-three championships with a victory on Wednesday.

“It feels good to be in the Final Four. We’ll be back on Wednesday,’’ said Adamson coach Nash Racela. “But our job isn’t done yet.’’

Evan Nelle was a sorry sight after his turnaround attempt from the arc that could have forced extra time completely missed the target , sending the Archers out of the semifinal picture for good.

Winston, La Salle marvelous shooting guard, has been waiting for his calf injury to fully heal while forwards Quiambao and Phillips remained at sickbay without any assurance when they could suit up.

Winding up No. 2 after the elimination phase, defending champion University of the Philippines faces third-ranked National University in the other semis pairing with the Fighting Maroons needing only a victory for a return trip to the Finals.

The Archers torched the hoops with nine threes early, building a 10-point gap going into the dugout at the half.

Evan Nelle and Mark Nonoy had three triples each and big man Benjamin Phillips managed to uncharacteristically sink two of his own from afar.

But games, normally, aren’t decided in the first half as the Falcons reversed the trend through the heroics of Lastimosa in the third.

“We’re down by 10, but I told my teammates that it’s not yet the end. I can really feel that this game will be ours,’’ said Lastimosa.