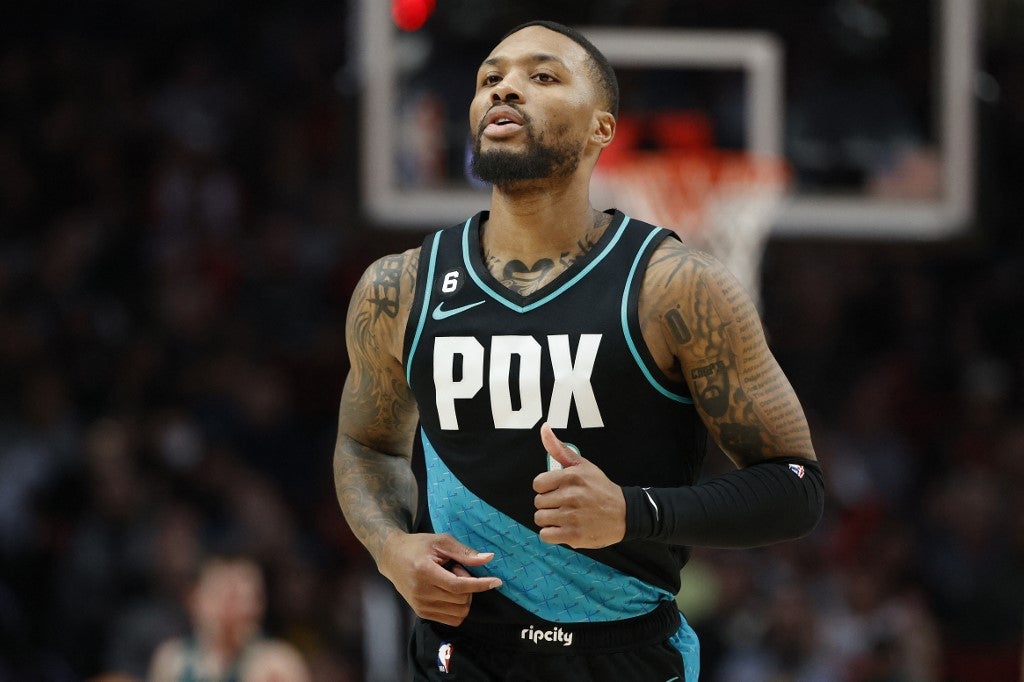 FILE – Damian Lillard #0 of the Portland Trail Blazers reacts during the third quarter against the Brooklyn Nets at Moda Center on November 17, 2022 in Portland, Oregon. Steph Chambers/Getty Images/AFP

Jerami Grant scored 28 points and Damian Lillard had 21 points and six assists in his return to the lineup as the Portland Trail Blazers cruised to a 116-100 victory over the visiting Indiana Pacers on Sunday night.

Lillard missed the previous seven games due to his second right calf injury of the season. He was 5 of 10 from 3-point range and was 7 of 16 overall in 32 minutes.

Indiana played without guard Tyrese Haliburton (groin). The Pacers are 1-4 on a seven-game road trip.

The Pacers connected on 44 percent of their shots, including 10 of 33 from behind the arc.

Turner scored the first points of the third quarter to move the Pacers within 54-51 before Portland went on a 15-2 tear. Simons, Hart and Grant all made treys as the Trail Blazers took a 69-53 advantage with 8:54 left in the period.

Portland led 93-74 entering the final stanza and Simons added a 3-pointer to again make it a 22-point margin.

Lillard drained a 3-pointer with 6:53 left and Portland eventually boosted the lead back to 17 points before closing it out and handing the Pacers their fifth loss in the past seven games.

Nurkic scored 12 points in the first half to help Portland lead 54-49 at the break. Turner scored 17 in the half for the Pacers.