Choco Mucho defends its players after ‘snubbing’ incident in Boracay 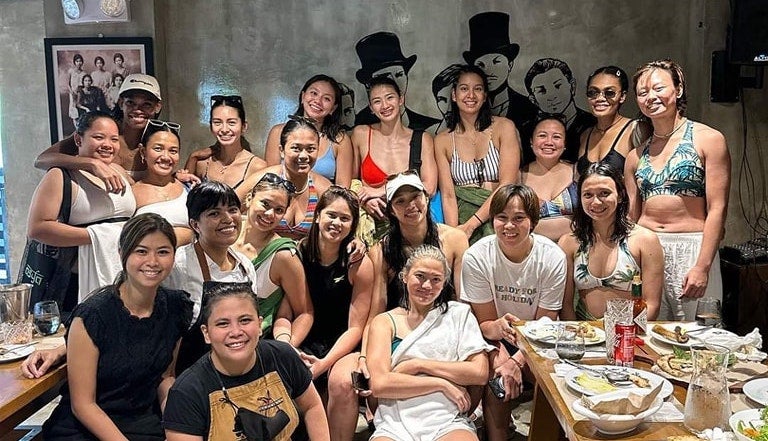 MANILA, Philippines — Choco Mucho denounced the viral videos and malicious posts that alleged the Flying Titans as snobs during their vacation in Boracay.

The management on Monday evening released a statement defending its players after a video captured by a fan, who was greeting them while boarding in a shuttle, became trending with the team being portrayed as “snobs.”

“The team was in Boracay recently for a short break after a busy year of heartbreaking finishes. A video clip from that trip went viral, with netizens portraying some of our players as snobs who lack “good manners and right conduct,” the team wrote.

Some of the players in the video were Deanna Wong, import Odina Aliyeva, Maddie Madayag, Cherry Nunag, and Caitlyn Viray. Bea De Leon was the lone Flying Titan, who gave a nod to the fans, while others were seen walking straight in the seconds-long video.

Choco Mucho claimed that its players still accommodated the fans during their vacation, coming off a three-conference 2022 Premier Volleyball League season, where it missed the semifinals round of the last two tournaments.

Read the full statement below: pic.twitter.com/9hQRXzdUCv

“Unfortunately, what is not included in the viral clip are other videos online showing the players acknowledging and talking to fans, and accommodating selfies and videos with them while trying to have their break,” the management said.

Celebrity and broadcast reporter Kuya Kim shared the video and said: “This team should be advised that catering to fans is a responsibility, otherwise, stay out of the public eye and play privately. What an irritating yet sad sight. I hope they are advised by their sponsors to act properly in public.”

The team condemned the posts that put its players and franchise in a bad light, saying its “fans know how warm, respectful, appreciative, and accommodating the ladies are.”

“While we acknowledge that our team could have handled that particular encounter in the video better, we denounce malicious posts that put our players, our team, and our company in a bad light. Posting these innuendoes only bring negativity to our volleyball community and put the well-being of our athletes at risk,” Choco Mucho said. “We thank our fans who are supportive of the team and respectful of the players. Together, let us grow the sport of volleyball with an atmosphere of respect for each other.”

The Flying Titans had a tough 2022 PVL season as they finished fourth in the Open Conference and missed the semifinals of the Invitationals and Reinforced Conference, where they both lost in the last elimination round games that ousted them from contention.

Choco Mucho also had to go through sudden adjustments in the season-ending tournament when coach Oliver Almadro resigned in the middle of the conference to focus on Ateneo women’s volleyball program, leaving the responsibility to his assistant Edjet Mabbayad.