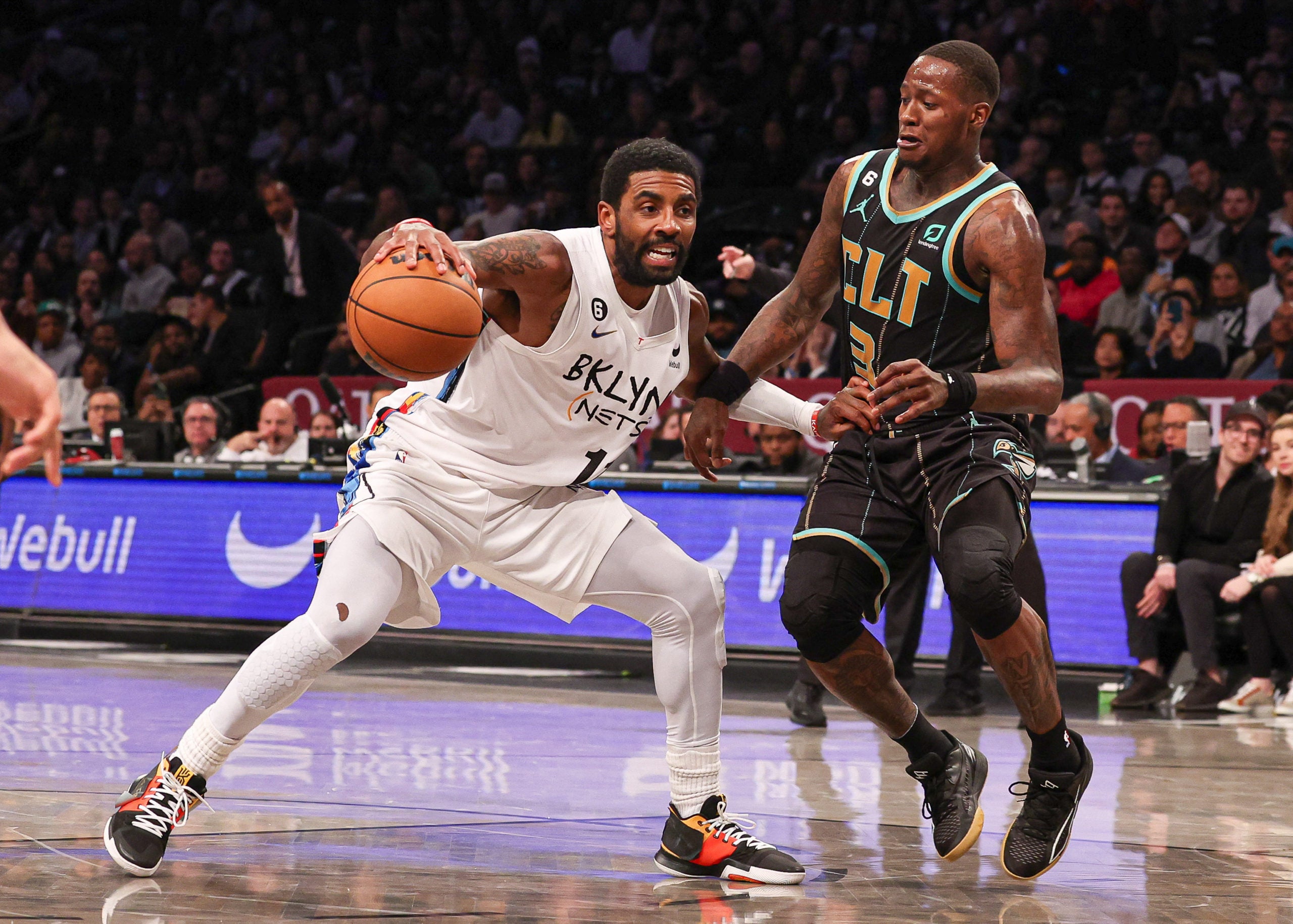 Kyrie Irving collected 33 points and nine assists as the Brooklyn Nets took a big lead in the first half and held on for a 122-116 victory over the visiting Charlotte Hornets on Wednesday night in New York.

Irving scored 12 of his points in the fourth when the Nets fended off several Charlotte attempts to regain the lead. He made 14 of 24 shots, including a floater in the lane with 13.7 seconds left to seal the win.

Kevin Durant added 29 points, nine rebounds and eight assists as the Nets set a season high for points in the first half (73), improved to 5-1 on their season-high seven-game homestand and rebounded from Sunday’s 11-point loss to the Boston Celtics. Durant and Irving combined for Brooklyn’s final 15 points.

Terry Rozier led the Hornets with 11 of his 29 points in the fourth. Kelly Oubre added 28, but despite shooting 53.4 percent, Charlotte lost for the fourth time in five games.

After taking a 10-point lead through the opening quarter, the Nets held a 23-point lead late in the second and a 73-55 lead by halftime before Charlotte constantly chipped away.

Kyrie has the ball on a string pic.twitter.com/htlzuXtiLG

Charlotte outscored Brooklyn 10-2 over the final 3:08 of the third to get within 96-87 entering the fourth. A hook shot by Rozier and a three-point play by Oubre moved Charlotte within 96-92 in the opening minute of the fourth and the Hornets were within 102-96 when Jalen McDaniels finished off an alley-oop with 8:55 left.

Rozier’s reverse layup around Irving made it 104-101 with 7:31 left and his 3 from the top of the key made it 109-107 a minute later. After Mason Plumlee grabbed an offensive rebound, Oubre hit a 3-pointer to make it 113-112 Brooklyn with 3:23 left, prompting a Brooklyn timeout. Brooklyn led 115-114 after McDaniels scored over Irving with two minutes left.

Rozier then got by Irving and Curry for a layup to make it 118-116 with 67 seconds left. Following a Charlotte deflection that left six on the shot clock, Irving hit two free throws with 44.3 seconds left and a floater in the lane with 13.7 left for the game’s final points.