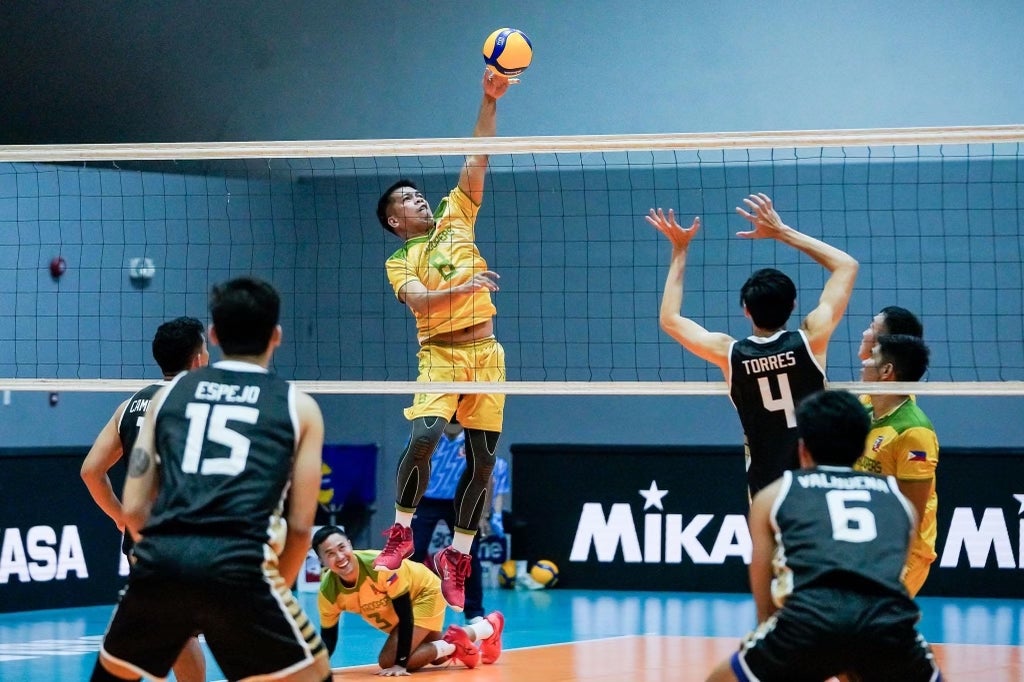 Reyes, who has been coaching the Lady Troopers since 2015, is set to retire as an Army personnel while his deputy Rico De Guzman is also no longer with the team leaving the responsibility to the Fallorina.

“This is my first time to coach in a big league because before I only called the shots for teams in intercompany tournaments,” the rookie coach told Inquirer Sports in Filipino.

“It will be a big challenge for me as a first-timer. But I keep on telling my players to keep on working hard and stay focused in practice, especially now that we lost a lot of players like Jovelyn Gonzaga, who will play in the SEA Games. The younger players need to step and so far they are adjusting well,” he added.

Before he makes his coaching debut in the All-Filipino Conference on February 4, let’s get to know the former Army opposite hitter, who played in last year’s Spikers’ Turf and worked as a trainer for the Lady Troopers in the PVL.

Interestingly, the former Tamaraws’ opposite spiker was a teammate of Cignal coach Shaq Delos Santos, who will be his rival in the PVL.

Fallorina, who enlisted in 2008, is now a Sergeant. He played in several tournaments with the Troopers and also saw action in beach volleyball tournaments.

The 44-year-old Fallorina will still work as an assistant to Melvin Carolino in the upcoming Spikers’ Turf this weekend. He practices with the women’s team in the morning and head straight to the men’s squad in the afternoon.

“All the PVL coaches are experienced, which I still lack. But I am bringing with me my experience with FEU when I was still playing in the UAAP. That’s what I’m sharing with my players in Army, all my learnings and experiences,” he said.

Army seeks to rise from the ashes after a winless Reinforced Conference campaign last year. But the bigger challenge in Fallorina’s first mission is leading a rebuilding team, which won’t have Gonzaga and injured players Ging Balse-Pabayo and Jem Gutierrez.

It will be a tall order for the Lady Troopers but Fallorina believes his holdovers, led by Honey Royse Tubino and Jeanette Villareal, will step up and fight it out, amid the recruitment coups of their opposing teams.

“I think the team being together for so long is the best weapon that we have [for the PVL],” Fallorina said. “It will be their experience that we can use. But you can be sure that we will fight it out every game.”