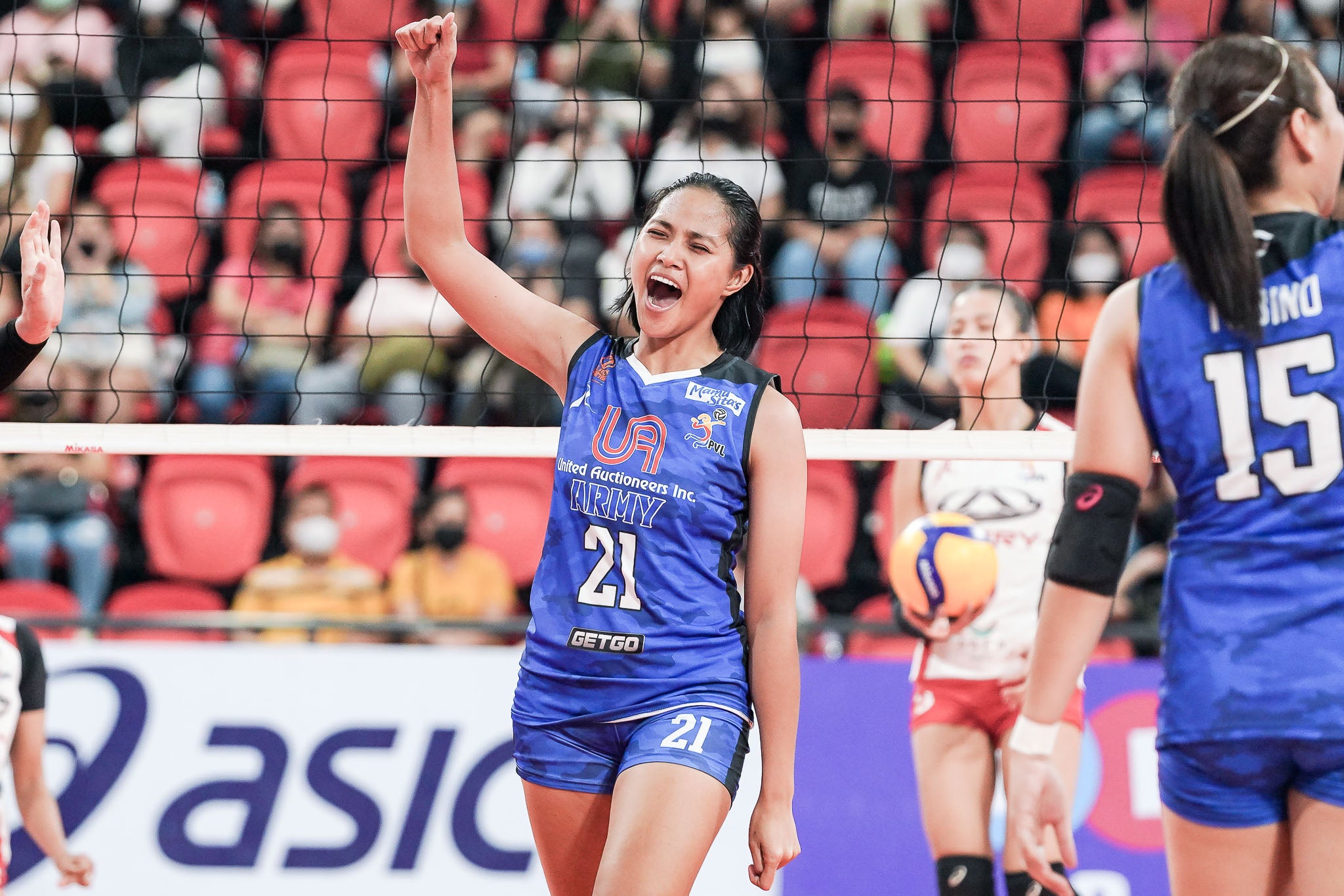 MANILA, Philippines — Jeanette Villareal will fill in the big shoes left by Jovelyn Gonzaga as she will be converted from middle blocker to opposite spiker in Army’s 2023 Premier Volleyball League All-Filipino Conference campaign starting on February 4.

The Lady Troopers’ new coach Randy Fallorina said the 24-year-old Villareal will have a new position after Gonzaga will skip the season-opening conference for the second straight year to focus on her build-up with the Philippine women’s beach volleyball team in the 32nd Southeast Asian Games in May.

“Jov’s position is really hard to fill in. We considered a lot of players but we decided to convert Villareal into an opposite spiker,” Fallorina told Inquirer Sports in Filipino

The 5-foot-8 middle blocker has been manning the frontline since she was still playing with Far Eastern University in the UAAP until she turned pro with Army in the PVL.

It may take a lot of adjustments for Villareal but the 44-year-old coach will be the perfect mentor in guiding her as he played as an opposite spiker for FEU and Army.

“I understand her because being an opposite spiker entails a tough task. You have to be good at receiving, defending, blocking, and spiking. You have to be an all-around player,” Fallorina said.

But the Army Sergeant, who recently got promoted from trainer to head coach, sees potential in Villareal. That’s why she was chosen to step in for Gonzaga.

“I can see that she is doing well. She is really good at blocking and she can spike well. She will be a good opposite spiker,” he said.

Villareal, who was Army’s third-leading scorer and a Top 34 in the 2022 Reinforced Conference with a total of 45 points built on 32 spikes, 10 blocks, and three aces, will conspire with Honey Royse Tubino in leading the charge for the Lady Troopers, who seek to rise from the ashes after a winless season-ending campaign.