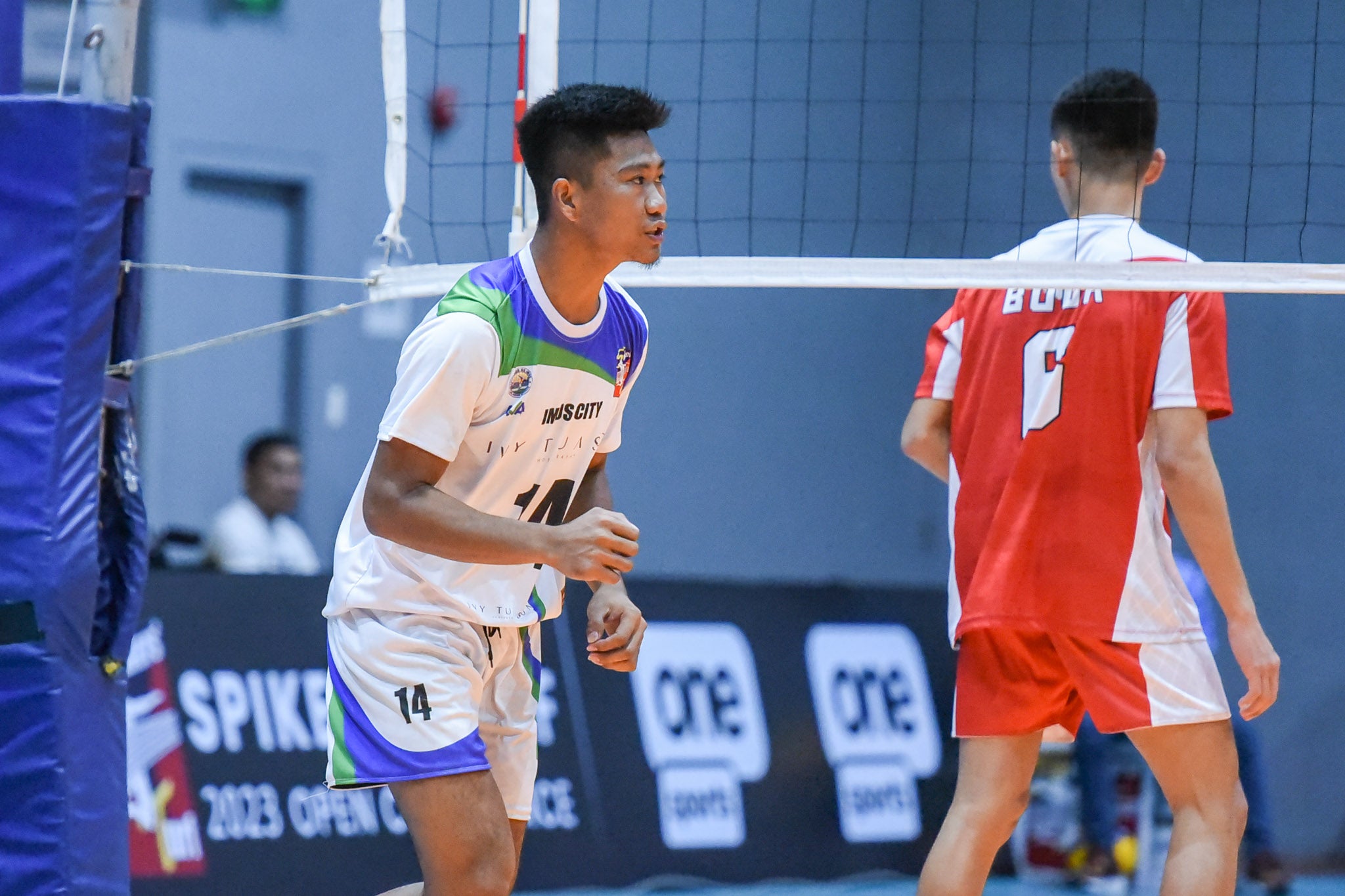 Ramirez, who was fresh from an 11-game sweep to rule the NCAA Season 98 men’s beach volleyball tournament in Subic on Saturday, made a rousing debut with his new club team, unleashing a game-high 17 points built on 15 attacks and two blocks, coming off the bench.

“It wasn’t easy transitioning from beach to indoor. My body felt heavy. But my determination to play indoor helped me,” said the University of Perpetual Help star, who played for Cignal last year.

“When we lost the third set, my teammates said they want to finish the game in the fourth. So we moved on from the loss and played better. I just made sure to keep up with the pace of my teammates,” added Ramirez after he took charge in their dominant showing in the fourth set to close out the game.

However, Imus coach Sammy Acaylar wasn’t convinced in their Spikers’ Turf debut as Sta. Rosa exploited their limited preparation after shaky performance in the second and third sets.

“To tell you frankly I am not satisfied with the performance of my team. Although we won the game, it’s great that we won that game, but we’re still struggling on getting all the players and be intact in training. Actually, we only had two days to prepare with eight players only,” said Acaylar.

“This is the first time that we’re complete. They are all good, I respect their skills but we have to work as one, address our lapses and stay committed in practice for our next games,” he added.

Ramirez started to take charge late in the second set, nailing the crucial kills to give the Cavite-based team a two-set advantage.

But Sta Rosa refused to be swept as the duo of Yoyong Mendoza and Kevin Montemayor lifted their squad at set point, 24-22, only for Imus to force a deuce as Bonjomar Castel blocked Mendoza.  The City Lions displayed grace under pressure, keeping the set point advantage thrice but couldn’t close out as Montemayor committed crucial miscues but he never wavered and nailed back-to-back spikes to take the third set.

The AJAA Spikers bounced back strong after failing to sweep the match as they dominated the fourth with an 18-12 start and never looked back to send the Laguna-based squad to its first loss.

Sta. Rosa, which is playing its second Spikers’ Turf season with a rejigged roster, gave up 37 errors in the match with Montemayor leading the way with 16 points off 13 attacks, two aces, and a block.