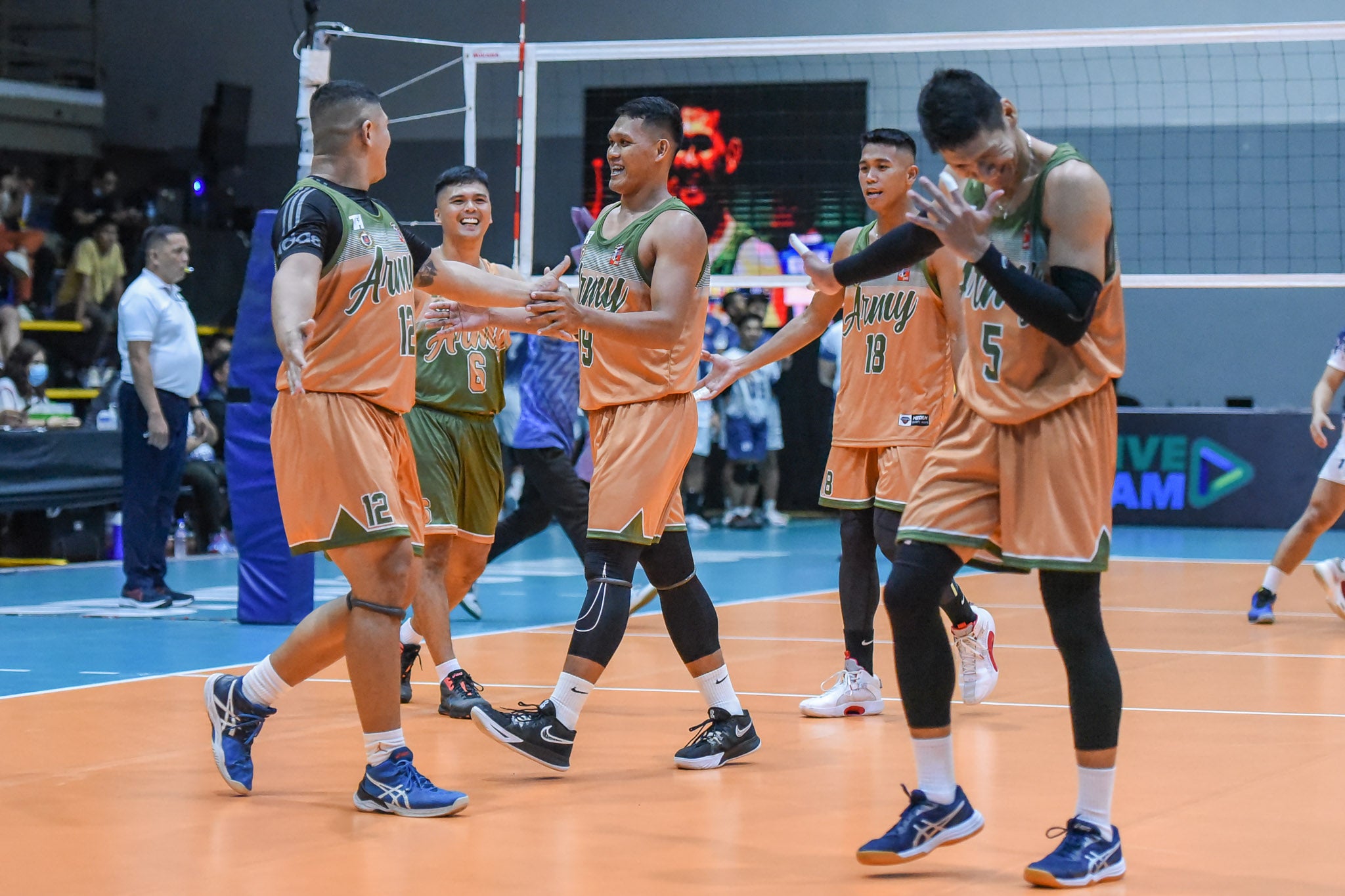 The Troopers were on the brink of losing the opening night as the Sea Lions took a 2-1 match advantage and held a 21-19 lead in the fourth set. But Labide refused to give up and as he pushed Army at set point, 24-22, before Antonio Torres shut the door on Greg Dolor’s attack to force a decider.

With the momentum on their side, Army seized a 9-5 fifth set lead before Christian Marcelino and Marvin Villanueva trimmed it down to a one-point game, 9-8.

But Liberato stopped the bleeding by nailing a facial on Navy’s Jayvee Tabuclao. From there the Troopers pulled away as Labide lifted his squad at match point, 14-11, before Dolor saved a point but committed a costly service error, which was too strong that easily completed Army’s comeback in the two-hour match of military teams.

Rojas showed the way for Army with 19 points. Labide chipped in 17 points, while Liberato finished with 16 markers, including four blocks.

Army coach Melvin Carolino was pleased with how his wards crawled their way back amid committing 43 errors in the game.

“Our team found its rhythm as the game went on. Our preparation for the back row as well as on blockings and receiving were applied,” Carolino said in Filipino. “This win is a huge boost for our morale. It’s a good start for us and it means our morale could get higher.”

Marcelino led the Sea Lions with 17 points and eight excellent receptions, while Dolor and Villanueva had 15 markers each as last year’s third placers lost their first game without Jau Umandal, who transferred to AMC, and other key players.