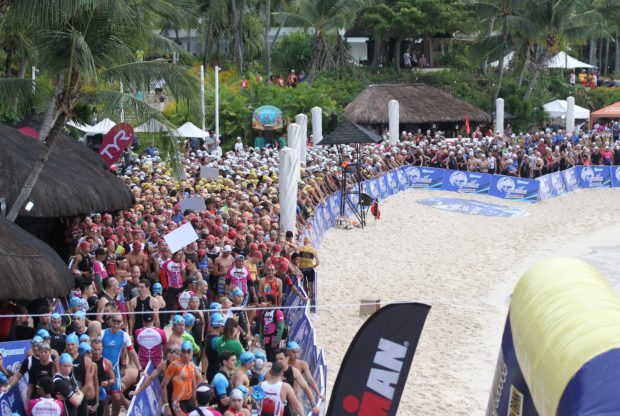 Thousands—like this field in Cebu last year—are expected to take part in the revival of the Ironman 70.3 Davao, which is also a qualifying leg for the World Championship in Finland. CONTRIBUTED PHOTO

The Ironman (IM) 70.3 Davao returns after a two-year break from the pandemic and it will not only welcome back some of the top pros on the planet but also be a qualifying event for the World Championship slated in Finland in August.

Davao is making sure that the course for the 1.9-kilometer swim, 90-km bike and 21-km run race will be one of the best the participants will see, and the organizing Ironman/Sunrise Events Group is guaranteeing the appearance of the stars with a prize of $30,000 dangled to the winners of the men’s and women’s divisions.

“We are thrilled and excited to be starting out the new triathlon season with a comeback race in one of the country’s top triathlon hubs,” said Princess Galura, general manager of the IRONMAN Group/Sunrise Events, Inc.

“After the challenges we had faced during the pandemic, we have coordinated with the local authorities not only to stage a safe race experience for the athletes but also to put up the best possible IM 70.3 in Davao,” she added.

The race is slated March 26.

Mauricio Mendez of Mexico stunned the multititled Tim Reed of Australia in the edition in 2018, before Germany’s Markus Rolli foiled another Aussie legend in Craig Alexander the following year.

Entry forms can now be filled up at ironman.com/im703-davao-philippines. INQ