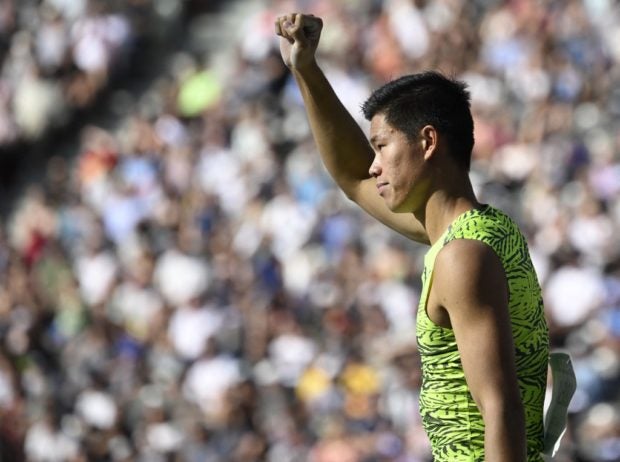 Obiena could easily shatter the existing record and have a clear shot at the gold on a fine day, but the continental indoor meet would mostly be a sneak peek of how the rest of the national athletics squad would carry themselves in the Southeast Asian (SEA) Games and Asian Games this year.

Piece of the action

But during indoor competitions, some of these tracksters will race in a shorter route or play lesser events than usual.

Knott is entered in the women’s 60m, Dequinan will compete in the pentathlon while Cray has three events—60m, 400m and the 4×400-m relay with Michael Carlo del Prado and Edwin Giron Jr., who will be targeting a medal in the men’s 800m.

Ubas, who used to see action in the men’s decathlon, will suit up in the heptathlon.

“They will basically face the same competitors here in the Asian Games,’’ said Kho.

“John came over to our weekly relays last Nov. 19 and raced in the 110-m hurdles. He was able to run faster than Clinton Bautista’s personal best,’’ said Kho.

After snaring five gold medals in the Vietnam SEA Games last year, Kho said they will be aiming for more in the coming Cambodia edition of the Games on May 5 to 17.

He said the SEA Games roster for athletics will be finalized after their national open on March 22 to 26, which will serve as the final stage of qualifications. INQ