And that place is the Philippine Arena and that event is the opener for the 40th season of the PBA wherein 52,612 people crammed the largest indoor arena in the world.

Pacquiao, the playing-coach of the Kia Sorento, did not only grace the event but played, albeit not in par with his boxing exploits, in the opening game against the Blackwater Elite.

The previous record is 24,883 during the Game 7 Philippine Cup semifinals between the San Mig Super Coffee Mixers, now the Purefoods Star Hotshots, and the Barangay Ginebra San Miguel in 2013 which was held at the Smart-Araneta Coliseum. 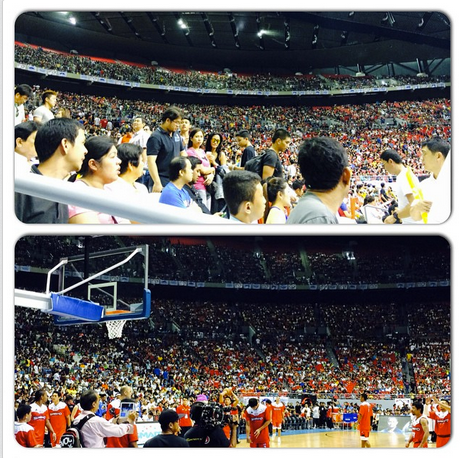 ‘History to be made’ at ‘jaw-dropping’ Philippine Arena