A day after Floyd Mayweather Jr. held his media day workout, Manny Pacquiao did the same on Thursday (Manila time) almost a fortnight before their mega fight in Las Vegas.

Scores of media personnel gathered inside the Wild Card Gym in Los Angeles to witness Pacquiao before going into the final stretch of his training for his welterweight unification fight against Mayweather on May 2 (US time) at MGM Grand Garden Arena.

Photos and videos of Pacquiao’s regimen were posted on his Twitter page. 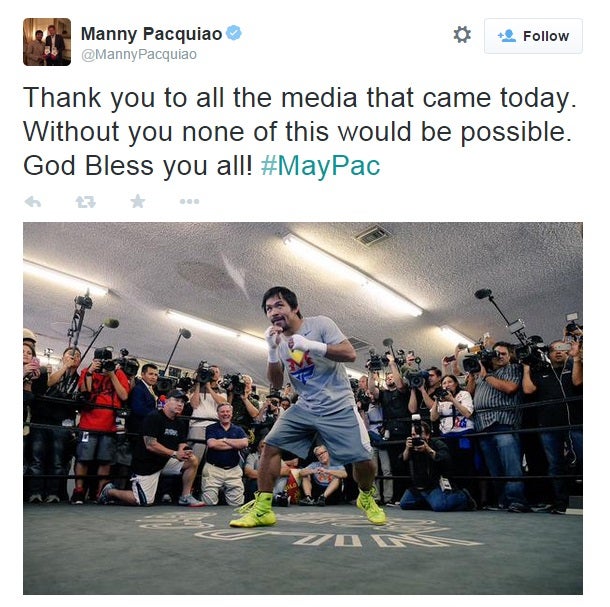 “Thank you to all the media that came today. Without you none of this would be possible. God Bless you all! #MayPac,” Pacquiao posted on Twitter.

Pacquiao versus Mayweather is expected to become boxing’s most expensive fight with both fighters expected to earn upwards of a nine-figure sum.

It was the first time since April 4 that the Wild Card Gym was to open to the media.

Pacquiao locks down on final stretch of camp—report