Holyfield: Pacquiao should have won vs Mayweather 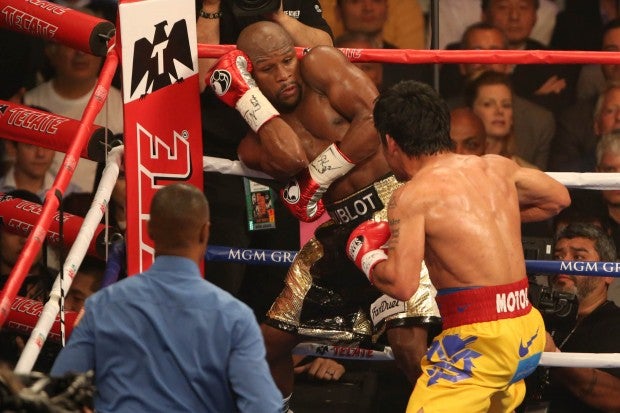 In an interview with ESPN after the super fight, Holyfield said that Pacquiao landed more punches than Mayweather, contrary to the results from the scorecards.

“The fact of the matter is, you’re the more aggressive one, you hit him with the shots… Pacquiao seem to hit him (Mayweather) more times than he hit Pacquiao,” said the four-time heavyweight boxing champion.

When asked if Pacquiao should have won the super fight, Holyfield said: “I totally thought he did.”

Meanwhile, Holyfield said that Mayweather’s fighting style was not a crowd-pleaser but assured him of his victory.

“He got good footwork and fast hands. It’s not pleasing to the crowd but it tends to put him in the position to win,” he said.

When asked on his opinion on the fight, Holyfield said that both boxers did what they can to win.

Despite saying that the fight was “great,” Holyfield does not want a rematch if Mayweather continues to run away from Pacquiao.

“Personally, if it’s going to be another style like that, I guess not. Not so much as Floyd, it was the fight style (that makes me not want a rematch),” he said.

Mayweather outboxed Pacquiao in Sunday’s fight touted as the “Fight of the Century.” The American boxer won via unanimous decision. AJH

Pacquiao: Mayweather is good, he won the fight