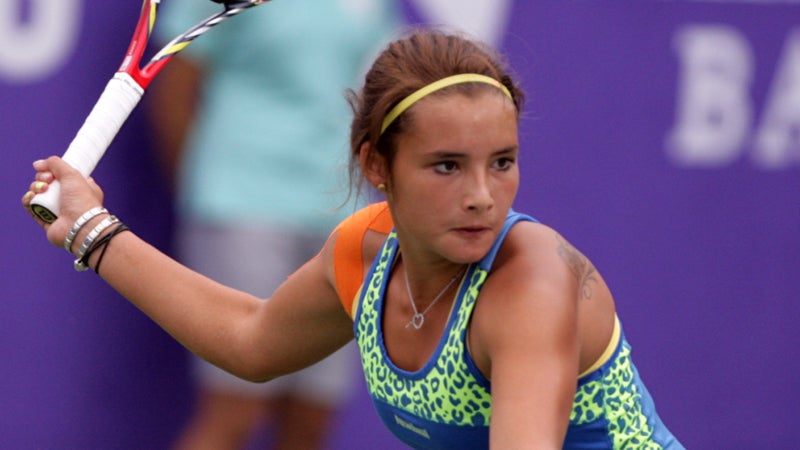 SINGAPORE — She may be the “new face of Philippine tennis,” but Katharina Lehnert is too busy to be thrilled by it.

The 5-foot-8 Fil-German who packs a big forehand and show biz good looks is the Philippines No. 1 player in women’s tennis here in the Southeast Asian Games.

“It’s nice to hear it, but I am concentrating on tennis,” said the 21-year-old Lehnert Thursday during breakfast at Peninsula Excelsior where all tennis delegates are billeted.

“My whole family is Filipino, my dad is the only German,” said Lehnert who hails from Braunschweig, Germany where she also won the first of her two ITF titles in singles so far.

Lehnert is also fond of beach combing when she visits her mother’s home town. “It’s a bit far by bus but yes, I go there when I am in the Philippines,” she said.

She won all her singles matches and two of three in doubles in the Fed Cup last April and likes her chances here where she is entered in at least three events.

“A bit jet-lagged but it’s fine. After a few days practice and I am good,” said Lehnert who flew in from Poland where she won doubles crown and made the semifinals in singles.

“I’m excited to play,” added Lehnert who got attention for both being plucky and pretty in equal measure.