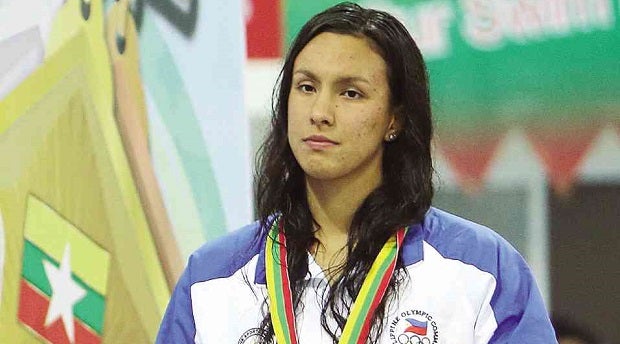 Jessie Khing Lacuna is still two seconds away from the standard time while Jasmine Alkhaldi has been religiously working on improving her clockings in three freestyle events as the country’s top two swimmers chase their Olympic dream a second time around in 2016 Rio De Janeiro.

Although both Southeast Asian Games medalists have already reached the B-cut standard of the International Swimming Federation (Fina), national team head coach Archie Lim wants to make sure the qualifying times for the Olympics are met.

“We have eight months to work on faster clockings. I’m positive it can be done,’’ said Lim during Sunday’s finale of the Speedo G-League Philippine National Long Course Championship organized by the Philippine Swimming Inc. and Galaxy Starships Swim Club at the Rizal Memorial pool.

Lim explained they’re aiming for the A-cut standard where the top 500 swimmers in the world automatically earn tickets to Rio.

He said achieving a B-cut, swimmers ranked over 500 to 900, could stand a strong chance for the Olympics, but nothing could be more certain than entering the top 500. Lacuna and Alkhaldi still own B-cut rankings.

The 22-year-old from Pulilan, Bulacan, who bagged a silver medal and a pair of bronzes in the Singapore Southeast Asian Games, is also three seconds slower from the qualifying times of the 200m freestyle and 200m butterfly and five seconds away in the 400m free.

Alkhaldi, another London Olympian who pocketed six bronze medals in Singapore, remains hot on a return trip to the Summer Games as she aims to beat the standards in the 50m, 100m and 200m free.

Youth Olympian Roxanne Ashley Yu, a backstroke specialist, will join them in the Fina World Championship on Aug. 1 in Kazan, Russia.
“We hope to achieve the A-cut clockings there,’’ said Lim.