‘Not female?’ Rousey shows off body in blue bikini 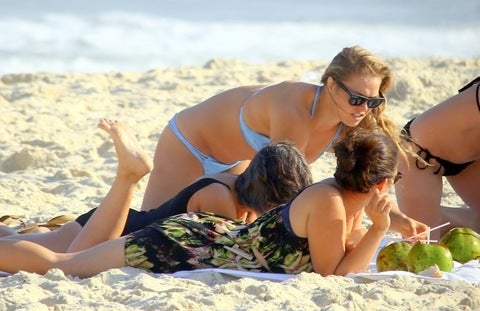 Mixed martial arts star Ronda Rousey showed off her softer and more feminine side on Saturday as she was seen flaunting her toned body on a beach in Rio de Janeiro, Brazil.

Rousey has been touring the Brazilian city after she knocked out Bethe Correia in 34 seconds in a UFC fight last week.

It could be recalled that Floyd Mayweather Jr. mistakenly referred to Rousey as a man.

At a press conference in Los Angeles, Mayweather apologized for his comment, saying he had never heard of Rousey before when he was interviewed last July at Biltmore Hotel.

“They asked me about Ronda and I thought it was a guy. I didn’t know it was a female. I apologize. I wish her all the best,” Mayweather said.