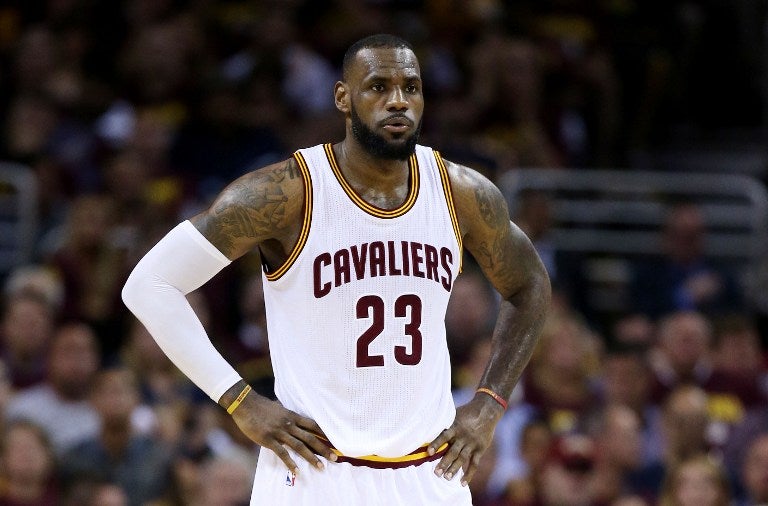 LEBRON James gets to showcase his wares in front of Filipino fans again as Nike offers free tickets to an exhibition game on Aug. 20 at Mall of Asia Arena in Pasay City.

A one-day online registration is set today for the “LeBron James Rise Tour,” where the Cleveland Cavaliers superstar will also mentor the players of Nike Rise, a basketball development program of the global shoe brand.

“LeBron’s tour in Manila will inspire the Filipino youth and aspiring basketball players to fight through obstacles to realize their true basketball potential,” Nike said in a released statement yesterday.

Fans can get tickets to the event by registering online at http://gonike.me/LeBronJamesRiseTour from 9 a.m. to 11:59 p.m. today.

Successful registrants must bring the confirmation e-mail and valid ID to claim their tickets at designated times and dates at Nike stores from Aug. 15 to 18.

Fans can also drop by the “Rise Beyond Belief” photo booth at Nike Park Fort in Taguig to be part of a special photo mosaic of the four-time NBA Most Valuable Player.

James, who won two championships with the Miami Heat, first visited Manila in another Nike promotional tour in July 2013.

James is just one of many NBA stars who are expected to make their Manila trip in the coming weeks.

Curry will drop by as part of sportswear brand Under Armour’s Asian promotional tour while Rubio, the Spain men’s national team standout known for his dribbling and passing wizardry, will visit as part of an Adidas promo tour.

Curry and James are currently working out for the US men’s basketball team at Mendenhall Center in Las Vegas, Nevada.