No Clarkson for Gilas; Blatche told to keep fit, 'not a kilo overweight' | Inquirer Sports

No Clarkson for Gilas; Blatche told to keep fit, ‘not a kilo overweight’ 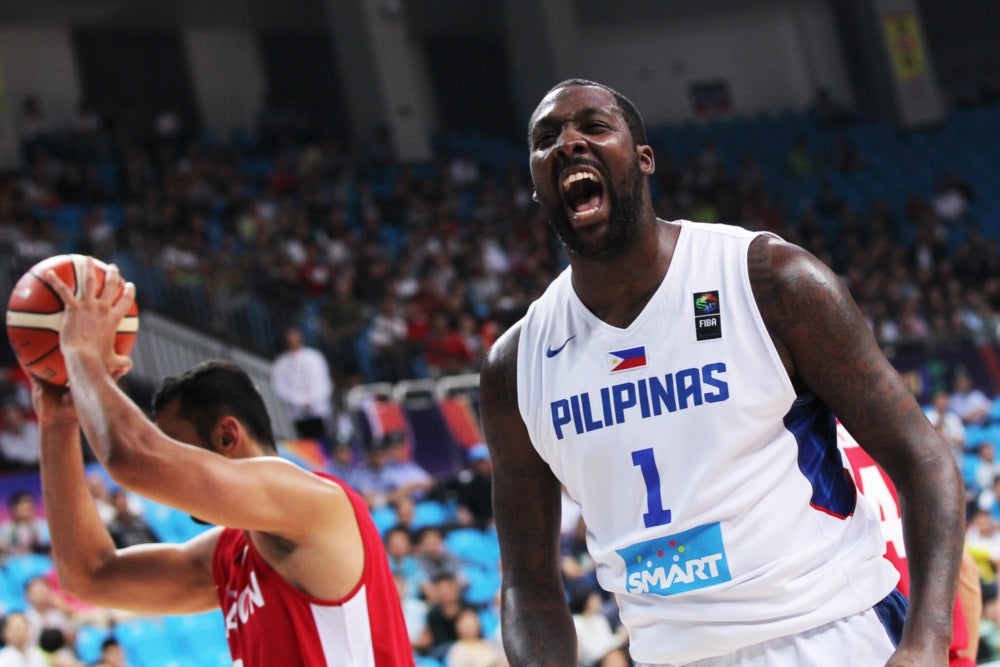 ‘Easy, easy’ remark from Lebanon coach gets Gilas all fired up

As of now, only Andray Blatche will be allowed to suit up for the Manila Olympic Qualifying Tournament in July.

There’s a hugh chance Fil-American guard Jordan Clarkson, whose eligibility for the national team continues to be beset with time and contract issues, won’t suit up for Gilas Pilipinas in the qualifiers set from July 4-10.

Samahang Basketbol ng Pilipinas (SBP) chairman and president Manny V. Pangilinan said they would have to jump through hoops to secure the services of Clarkson, who players for the Los Angeles Lakers in the NBA.

“The suggestion between Jordan Clarkson and Andray Blatche, the one which came through was to go with Blatche,” he said. “FIBA made it clear we could only have one for the OQT.”

“The issue with Jordan is a little bit more complicated because with the time, we have to seek approval of himself, his family, his agent, his team the Los Angeles Lakers if he re-signs there, and the NBA. We want to go through everything so everything will be done right,” Pangilinan said. “That’s why we leaned towards having Blatche because of the time pressure and it gives us a simpler situation to deal with.”

However, the door remains open for a Clarkson stint once SBP and FIBA can clear things up.

“Hindi muna natin pinursue yung application nya. There’s no definite ruling pa that he cannot qualify as a local, but we will work on it if we want to pursue it. But for now, we prefer not to dwell on it.”

Blatche, meanwhile, has been given a mandate to arrive in the country in better shape than the last time he arrived here.

That includes being well within an acceptable weight range set by SBP.

“We couldn’t overemphasize it to his representatives,” said Barrios. “Kulang na lang sabihin ko na pag dumating yan na overweight, ihanda na nya ang katawan nya dahil maki-criticize sya in the benefit of the fans. If he weighs over a kilo overweight, we’ll make sure he knows how we feel, not counting boss MVP’s wrath.”

“And because we know our basketball, ayaw natin syang dumating na hindi fit, lalo na dahil dito tayo lalaro. We expect a lot from him kasi he will play in our shores for the first time. Blatche will come much fitter than he was in Changsha. We’ll make sure he is in tip top shape.”