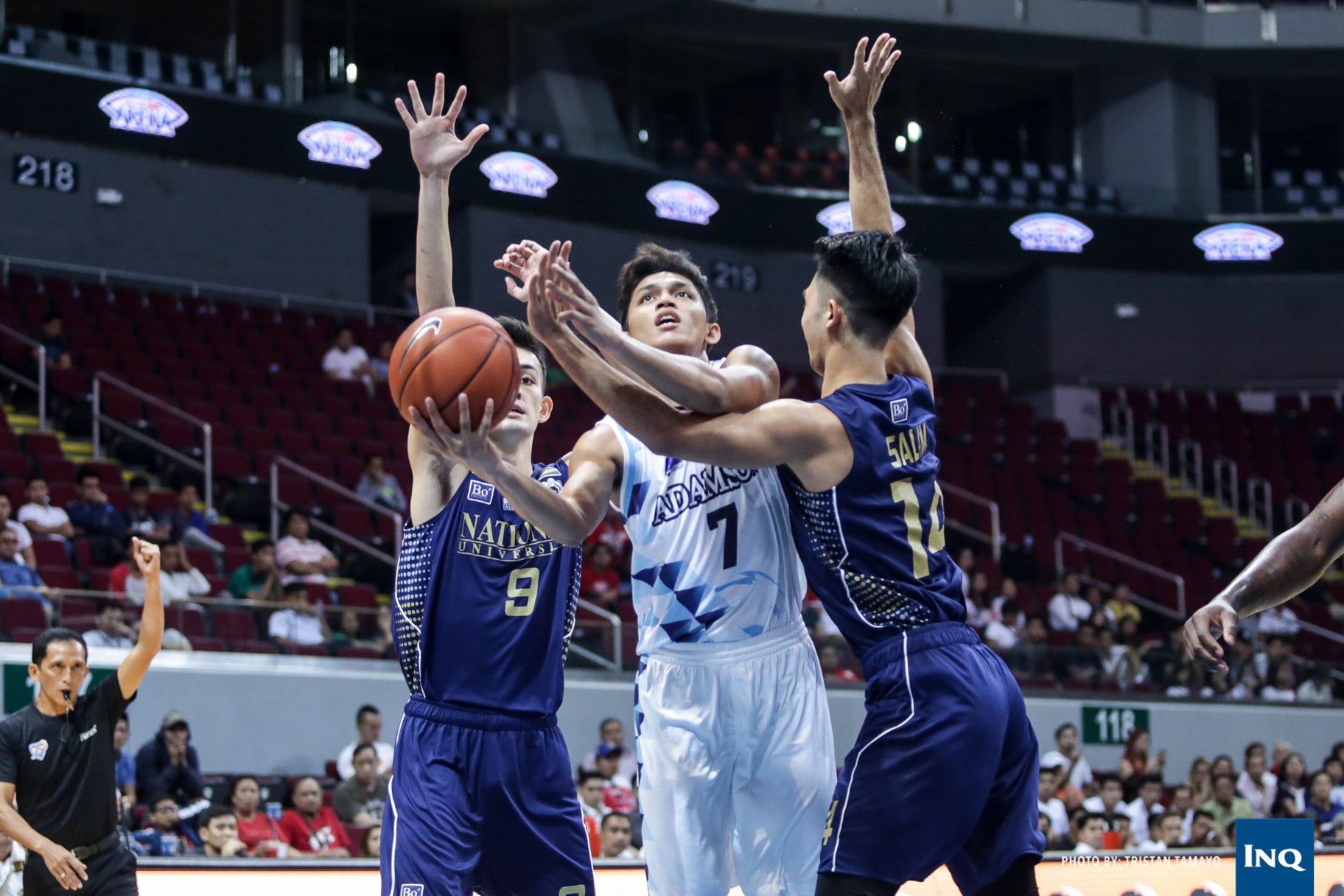 The Soaring Falcons zoomed to 3-1, a half-a-game behind leaders La Salle, while the Bulldogs slipped to 2-2.

Sean Manganti drained a long jumper with 45.5 seconds left to give Adamson a comfortable 59-51 lead in the middle of the Falcons’ 16-4 run to close the match.

Head coach Franz Pumaren said he is finally seeing signs of maturity from his team, especially when the Falcons went on their game-clinching run.

“Slowly we’re showing a bit of maturity and character,” said Pumaren. “Coming to this game people will think of us as an [Jerrick] Ahanmisi, [Rob] Manalang, and Papi Sarr team but the bench contributed really well.”

Adamson got 34 bench points, four more than what its starters produced.

Sarr led Adamson with 13 points and 17 boards while Frederick Tungcab came off the bench to add 11 points.

Pumaren singled out backup center Kristian Bernardo as a vital member of the team’s late run after scoring all seven of his points in the fourth period.

“Bernardo made me really good out there, he was the game-changer there, scored seven points and all were big baskets,” said Pumaren.

Alfred Aroga led the Bulldogs with 17 points and 13 rebounds.